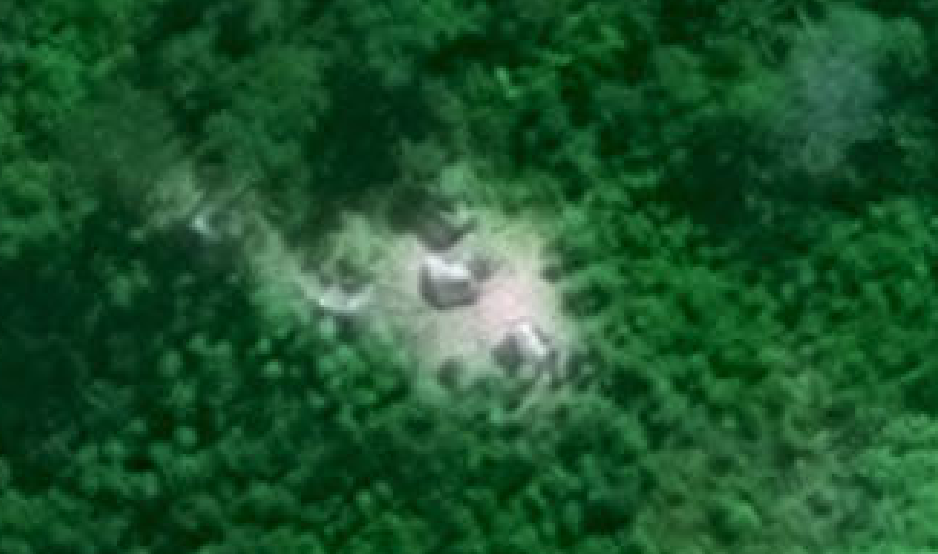 Scientists using satellite imagery have discovered at least 5 new villages hidden deep in the Amazon rainforest. There are pros and cons to finding these isolated villages. The down side is that they are being pushed further into the Amazon jungle to keep their lifestyle. The good is that scientists can study these indigenous tribes without disturbing them. The other good thing is they still have a place to go even though logging is encroaching on their territorial lands. This is why it’s so vitally important to preserve the rainforests, not just for climate purposes and to preserve nature, but to help protect these indigenous people. It should be up to them, in this author’s opinion, if they wish to make contact with the outside world. 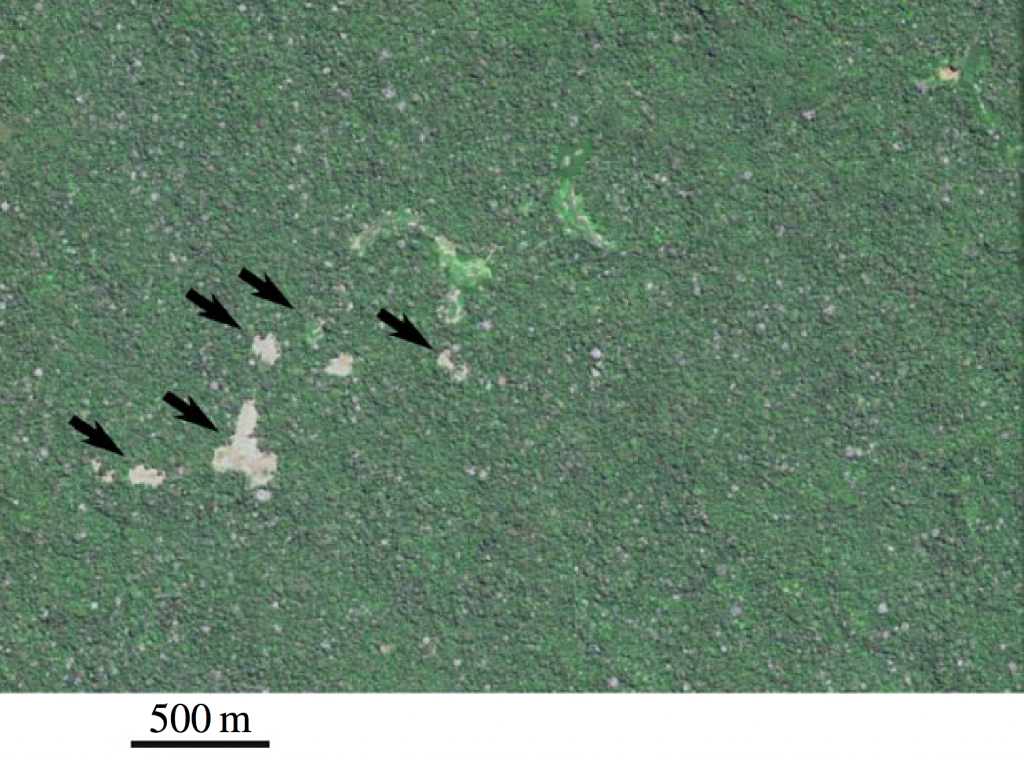 “…Now, researchers have a new way of examining their fate without disruptive and frightening flyovers by aircraft. In a study published today in Royal Society Open Science, researchers use high-resolution WorldView or GeoEye satellite images to monitor demographic changes in isolated Amazon tribes. The scientists got location and population estimates for five isolated villages along the Brazil-Peru border from Brazilian government reports and other sources. Then they examined 50-centimeter resolution satellite images taken in 2006, 2012, and 2013 and could spot the peoples’ horticultural fields and characteristic pattern of either longhouses or clusters of small houses, shown above; these villages could be clearly differentiated from the transient camps of illegal loggers or drug runners. The images revealed demographic change over time. In just 14 months, between May 2012 and July 2013, for example, the inhabitants of a 2-decade-old village known as Site H cleared 16 hectares of forest to make new fields, bringing the total cultivated area to about 28 hectares. Such rapid growth may be due to indigenous families fleeing to Site H from their traditional lands, the researchers note. At about this time, loggers and would-be farmers from the outside world began pushing into the region on a road only 30 kilometers away…” ScienceMag.org

“The vast forests on the border between Brazil and Peru harbour a number of indigenous groups that have limited contact with the outside world. Accurate estimates of population sizes and village areas are essential to begin assessing the immediate conservation needs of such isolated groups. In contrast to overflights and encounters on the ground, remote sensing with satellite imagery offers a safe, inexpensive, non-invasive and systematic approach to provide demographic and land-use information for isolated peoples. Satellite imagery can also be used to understand the growth of isolated villages over time. There are five isolated villages in the headwaters of the Envira River confirmed by overflights that are visible with recent satellite imagery further confirming their locations and allowing measurement of their cleared gardens, village areas and thatch roofed houses. These isolated villages appear to have population densities that are an order of magnitude higher than averages for other Brazilian indigenous villages. Here, we report on initial results of a remote surveillance programme designed to monitor movements and assess the demographic health of isolated peoples as a means to better mitigate against external threats to their long-term survival.”
~ RoyalSocietyPublishing.org
Remote sensing and conservation of isolated indigenous villages in Amazonia
Robert S. Walker, Marcus J. Hamilton, Aaron A. Groth
DOI: 10.1098/rsos.140246Published 5 November 2014

So… YES! There are still tribes of people out there who know nothing of society and modern technology. They’re there. It’s highly unlikely we won’t find more too. There is a very good chance there are even more tribes in the Amazon that we have yet to find, not to mention across the world.

We think we’re special. Many of us take for granted the modern conveniences we have today which make our lives “easier”. But I wonder. What exactly is “easier”. What does that mean? Does it mean we bind ourselves to debt and materialistic things? Does it mean we work 60-80 hour work weeks, thereby neglecting our families? Does it me we drown ourselves in overwhelming debt trying ti “make a living”? It seems silly to me as someone who wants to live off grid. Who strives for the simplicity of living life sustainably.

This is inspiringly bitter sweet news. The discovery of these tribes tells us something about ourselves and our lives, how we live, and our outlook on how we view our lives. It shows that it’s possible to live outside the system that is modern day civilization. But I question how civilized it really is. Do these native tribes know something we don’t? Or that we have long forgotten?

This to me is inspiring and wonderful news. It’s proof that human beings can live the simple life. I think it’s time to remember where we come from, and get back to our roots.

It’s time to get back to nature, and start preserving it again for the future of humanity and our children.