The German government told citizens to stockpile enough food and water for at least 10 days. Does this mean something is going to happen? Does it mean the government knows something and they’re not saying? Not likely. It’s most likely just a precaution, and a smart one at that. There are numerous emergency scenarios that call for a stockpile of fresh food and clean water. This is about self sufficiency and being prepared. Sustainable living has, at it’s core the 3 major tenets of survival and preparation. Shelter, water and food. Without any of which societies collapse and people die. Should people be worried that the German government suggests that it’s citizens stockpile stores of food and water? No, but everyone should have a good 10 day supply stored just for emergencies. It pays to be prepared. Which is why we grow our own food and don’t depend on the fragile food supply system that could collapse at any time.

“Citizens are advised to store enough food to last them 10 days, because initially a disaster might put national emergency services beyond reach. Five days’ water – two litres (half a gallon) per person daily – is advised. The German news website Frankfurter Allgemeine (FAZ) said the new concept was set out in a 69-page German Interior Ministry document. The document said “an attack on German territory, requiring conventional defence of the nation, is unlikely”. But, it said, a major security threat to the nation in future could not be ruled out, so civil defence measures were necessary.” ~ BBC News

The parliamentary head of the left-wing Die Linke party, Dietmar Bartsch, criticised the move, saying “you can completely unsettle people with yet another round of proposals, such as hoarding supplies”. The Greens’ deputy parliamentary leader, Konstantin von Notz, said it was sensible to update civil defence advice which had not been touched since 1995.~ BBC News

This is all about sustainable living. The government knows how fragile it’s system is. It doesn’t take much to create an imbalance and overload the system’s resources. Grocery stores have a very limited supply of food and water on hand, and emergency services will be overwhelmed in the event of a large national emergency. Many things could happen that could interrupt the food supply, but you have to look at the likelihood of each event happening.

The chances of a nuclear strike or biological warfare are very low, however a very bad thunderstorm with heavy rains and high winds could flood cities and knock out power for days. A blizzard, flood, hail storm, tornado, hurricane, or earthquake could cause a major collapse of all supply chains and cause food and water shortages across large areas. If you’re caught off guard and unprepared you will be scrambling to gather the things you need, right along with huge crowds of other people that are not prepared ahead of time.

Sustainability it at the core of off grid living. Growing your own food and producing your own water and power are the fundamentals of self sufficiency and independence. We’re naturally prepared because our lifestyle is based on a solid foundation of fresh food, clean water, and free energy. As the off grid movement grows and expands more and more people will learn these valuable skills. The word will spread, and people will realize that being prepared is not paranoid, and it’s not all about zombies and terrorist attacks. It’s just plain smart.

This call by the German government to prepare isn’t just about Germany, it applies to the whole world and should be listened to by everyone who has a family to protect and care for. This is a simple reminder to have a backup in place in case you need it.

You’ll most likely never need it, but it’s better to have it an not need it, than need it and not have it. 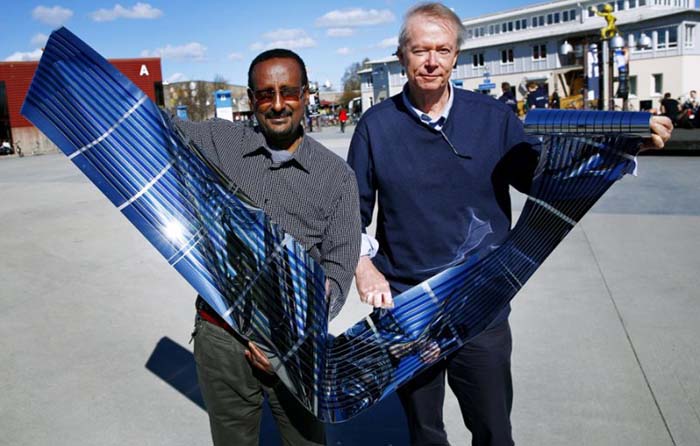