There’s a new battery system in town. One that’s touted to be “as hassle-free to use as solar panels“.

Though not quite inexpensive, it is made more affordable by long term financing, and competitive with utility prices.

Like most new technologies it will take some time before the average homeowner will be able to afford the higher efficiency battery systems.

This is a step in the right direction.

Solar Power Is Finally Getting Closer To Battery Storage Technology

“…the game changer would involve affordable battery storage technology that can hold large amounts of energy from solar panels on a home or business. Battery storage allows customers to liberate themselves from the power company’s limitations — and high prices — and go completely off the traditional power grid…” 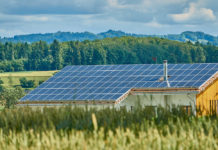 The Potential of Solar Energy to Mitigate Climate Change