Solar & Wind Power Win. Coal Too Expensive: TX Town Pledges 100% Renewable Energy by 2017 – This is great news for renewables. The fossil fuel barons probably have seen the writing on the wall for quite some time as renewable and sustainable solar and wind power has slowly pushed coal and oil out of the running for mass energy production. It’s simply getting too expensive to burn coal for fuel. The cost of manufacturing of solar panels and wind technology is advancing at an exponential rate. So fast that coal and oil have quickly become a burdensome cost when compared to the longterm renewability of solar and wind power plants. Initial investments in wind and solar energy are recouped over time and eventually becomes more profitable and it’s better for the environment. Finally after decades we’re starting to see the effects of clean renewable energy, and it’s good

Earlier this month, it was announced that Costa Rica managed to power 75 consecutive days using only renewable sources, and now Georgetown, a small metropolis in Texas with a population of around 50,000, has pledged to ditch fossil fuels for good by 2017.

The plan is for the Georgetown authorities to purchase energy from local wind and solar farm facilities, and take advantage of Texas’s consistently high temperatures throughout the day, and the super-windy nights. They estimate that these sources alone will be enough to power them 100 percent of the time, with the added bonus of saving precious water in the desert state. ~ScienceAlert.com 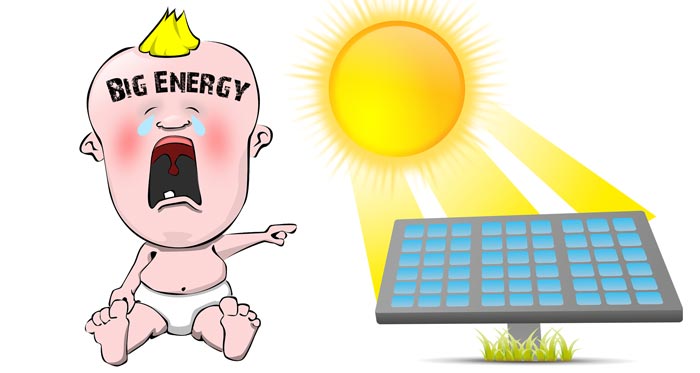 Utilities Get Beat Up in the Marketplace, Run Crying to Big Brother.
← Read Last Post