ZOMBIE SURVIVAL (A Biological Contagion): What gives? Is the ‘Zombie Virus’ a biological contagion or not?

Something I never really understood about zombie movies and shows.

(except for Walking Dead which addressed this issue by writing into the storyline that EVERYONE is a carrier of the contagion. Genius I tell you.)

Why is it that people can hit, bash, crush, smack, chop, slice, dice, and eviscerate zombies, splattering blood and brains all over the place including on themselves, on their faces, in their eyes, mouths, and on any open cuts the might have gotten from battling zombies, yet somehow no one ever gets sick and turns into a zombie?

Yet, it only takes a single bite from a zombie to infect a healthy host…

In 28 Days Later, a drop of blood in the eye of a man cause an almost immediate change.

So, is the zombie virus only spread by saliva entering the bloodstream of a healthy host through a bite of a zombie?

Or is it spread by blood entering a healthy host’s body through an orifice or open wound?

In World War Z Brad Pitt’s character Gerry Lane was not infected when blood from the zombie he was fending off, entered his mouth. 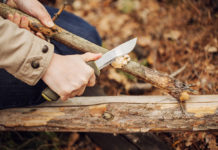 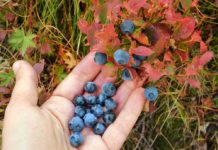