5 Reasons NOT to Live in a Tiny House 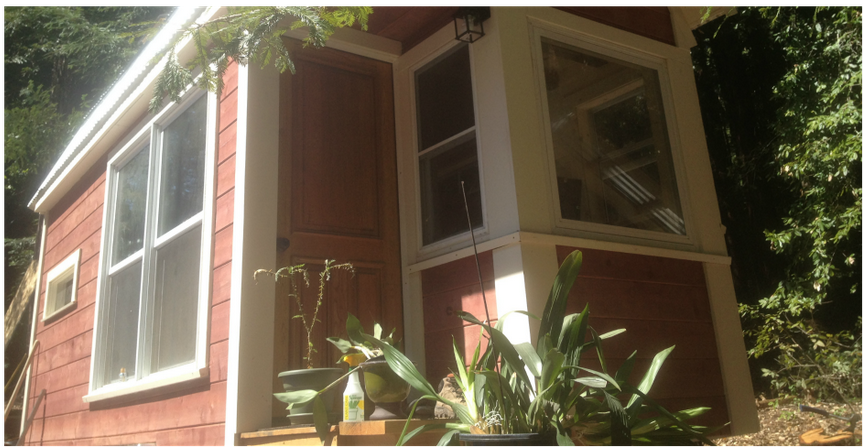 Reader, let me be honest by saying if I had a dollar for every person who asked me: “Did you see ‘Tiny’ the movie?” I would be getting close to having enough to build another one of the houses.

No, I’m sorry, I have not seen the movie. Even if I wanted to see it, I’ve already built it so I currently live in the woods with a Tiny House off-grid, so I don’t actually see movies unless they’re out on DVD. Even then it’s hard to pay the money when there are so many ‘classic’ rentals that are cheaper! I certainly don’t have the power to support streaming full-length movies on my satellite internet (I don’t judge your crutches). But living “off-grid” is not the story I’m here to tell. I digress… Here are some reasons NOT to move into a “Tiny House”. 1.) You’re going to have a messy space at one point or another. “Oh, I wouldn’t mind cleaning a tiny house! I bet it’s a breeze!”, I hear people say often, but you know what’s equally easy? Making a mess in a tiny house. Foot-traffic, puppy burrs, peat moss and sawdust (you’ll see); even dust finds its way into piles almost instantly as you and your other inhabitants slough off dead skin throughout the night into your 14’ pod. You’ll hair farm your way into a human carpet if you don’t brush outside (you or the dog, though having a dog inside provides an array of other problems). Bringing in the laundry means having a pile that stretches from your office to your bathroom with one load. If you’re feeling lazy, two loads means you won’t be able to find your floor anymore at all. Need somewhere to put your toothbrush, toilet paper, coat and shoes? Too bad. That’s not the lifestyle you created for yourself. Go outside and ‘minimize’, hippy. 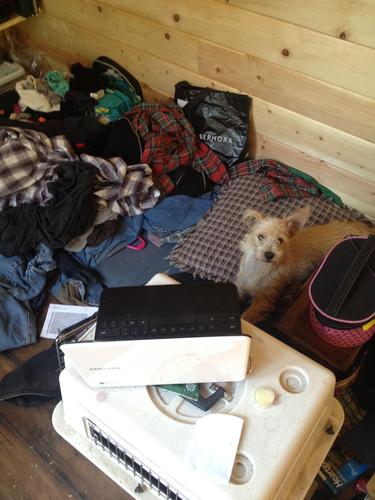 It’s always dusty, but don’t worry, it has that brand new house smell for the first year and you built it yourself, you champ you! 2.) To add to your mess, people are going to give you things.It seems like a silly ‘problem’, but I’ve had to talk to people about it at length over and over again, because it’s offensive not to accept things graciously for some reason. People love giving you things, and they range from tacky to useful to just plain scary, but they have to give you things. Maybe you inherited your aunt Lydia’s fur coat, or your child made you one of those ashtrays or pen holders, or your cousin is cleaning out her closet and knows you’re ‘just her size’; people who haven’t lived this lifestyle have NO idea what you mean when you say you don’t have room for ‘things’ in your life. No matter what you say, they’ll keep trying because giving ‘is the right thing’. 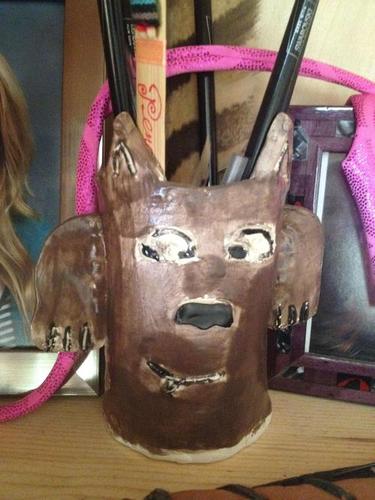 You’ll want to alternate things on your shelves to make room for these things to be ‘displayed’ for others to see they weren’t chosen in vain, but mostly you’ll want to throw them in the fire you’ve got burning 24/7 to keep the mosquitoes away from your charming home. 3.) The bathroom situation You’ll have to ‘go’ somewhere. You have to put it all somewhere, too, but you’ve just put a house on wheels and unless you want to go from place to place digging a hole large enough to support your ‘movements’, you’re going to have to get a Compost Toilet to go with you. 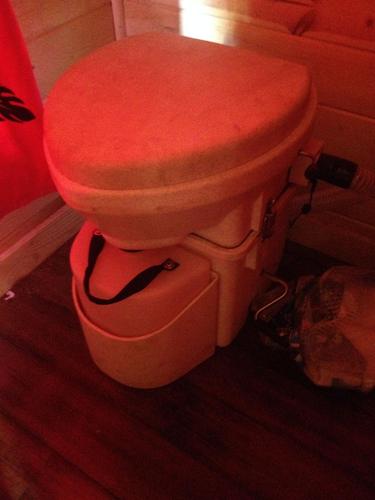 Have you ever had a compost toilet? I used to hear stories of a friend of mine implementing a ‘compost toilet’ and I always pictured him hovering over a giant pit in the ground and throwing dirt on top. It was shocking to me, but the more shocking part was this idea I had wasn’t far enough off to make this conversation comfortable. A compost toilet is just a bucket that swirls your poop and pee into an immaculate pile of exactly that: poop and pee. You can get them as a bucket or you can get fancy ones with urine dividers and twist knobs on the side. If you vacation in your tiny house, this makes sense, but you’ve just paid anywhere from $5 to $1000 on a bucket that won’t turn into ‘compost’ in the one or two weeks it’ll take two adults to fill up, so you’ll have to find a spot on your land to make that happen (until your dog rushes home to try and lick your face with ‘mommy poop’ kisses, you haven’t experienced a humanure compost pile in your yard.)Don’t even get me started on “compost overflow” (seriously, don’t; I’ll whine about it all day and who has time for that.). You have to empty the pee bucket once a week in a Natures Head and it’s one of the fancier ones. Try moving that thing out once it’s full though, should you live in one of these. Like inviting people over? This problem becomes exponentially larger. It’s also quite difficult to explain the ‘process’ to your friends and don’t be surprised to get a few judgmental cringes. 4.) Where there is a loft there is a ladder. There seem to be a lot of concerns online about the idea that one day I might become old and have trouble climbing my ladder. 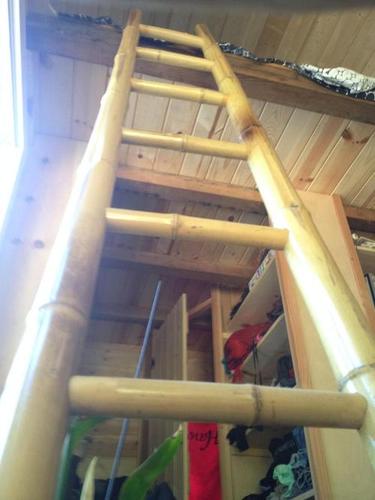 Let me tell you a story: When I got that bamboo ladder, one of the first things I did was fall. I loved that ladder with every bit of my being, going so far as to post it onto Facebook with pictures of: “Look what I got!” The second time I went up, I climbed up to the top and just as I reached the safety of the loft (8’ up) I teetered backwards and the whole thing slipped out from under me. It was instinctual to hang onto the rungs so I brought the wooden trap with me. Of course, gravity and my buck and a half weight probably fell hard, fast and loud, but to me it was the kind of slow motion you see in movies. I tipped and scraped and fell, fell, fell what seemed like an eternity, trying everything I could to grasp out at the rafter beams before everything but the hopeless ladder was out of reach. It and I fell with as much grace as could be mustered, landing with such a heavy thud that I heard my neck pop from the resistance of my head against the hardwood floor. I bounced and cringed, looking up just in time to see the other half of the ladder slam just as hard as I did (remember, it’s on top of me), shattering against the ground and sending out a million broken pieces of bamboo and my dreams.I cried out and Ross was instantly at the bathroom window trying to climb through. I had landed in front of the oak door (missed it too closely) so he couldn’t get in to “rescue” me. He rushed to my side and threw his worried arms around my fallen body. “Are you okay?”“I broke the ladder!” I squeaked and fell into a dramatic sobby mess. I am not ashamed to admit I had a good body shaking tear-fest out of this one. It was one of the scariest moments of my life, and I’ve been through some pretty scary things. I had whiplash. My head hurt and my ears rung for the first week. I gimped around with little energy and couldn’t do much more than sleep and wake up long enough to drink water. My shins, elbows and ribs were bruised. My garden became a mess but Ross took care of me to the best of his ability in between his full time job. I slept on the floor for two days because I was too afraid to go back up. If you want a good reason not to have a ladder, that’s one.If you want to worry about what’s going to happen when you’re old, worry about having children that are going to throw you in a home and steal your house. 5.) You’ll be sleeping in a “tiny loft”. Do you ever wake up in the middle of the night in a start or with a sudden thought? Maybe you’re even one of the unlucky fools who has a tendency to sit up straight. You’re going to hit your head if you’re lucky. If you’re unlucky, it’ll happen like it happened for me (for the record, I *do* hit my head often):Imagine this – The heat from the bottom of the loft is rising up, tightening your flow of oxygen to the area you’re sleeping in. Remember, it’s a place so small you can stretch your arms out and touch either wall and the ceiling. You gasp. The scent of pine is strong – intense, even. You can taste it. Adrenaline spikes and suddenly your heart flies into a crazed pitter patter as you suddenly realize you are IN A COFFIN. 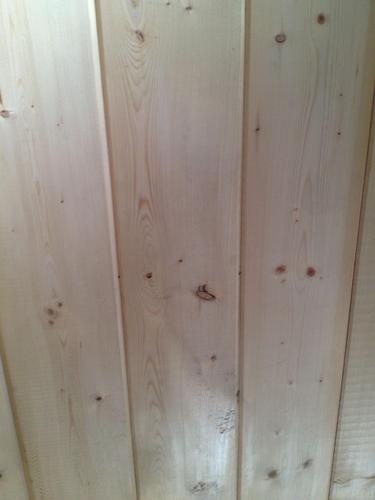 It’s tight and confounding and there’s nowhere to go. You can’t sit up and you can’t roll over and all you can do is try to find the ladder in the middle of the night and hope you don’t have another tumble because everyone has already told you you were lucky to survive the first. You hope you can get a gasp of air in time but all you want to do is dive out the window or scream out and punch your way through the ceiling like you saw Uma do.These panic attacks probably stop for most people, so let’s hope you’re one of those! Stay tuned for reasons not to go off grid, have outdoor showers or kitchens, have a garden for food and much, much more!

5 Reasons NOT to live in a Tiny House 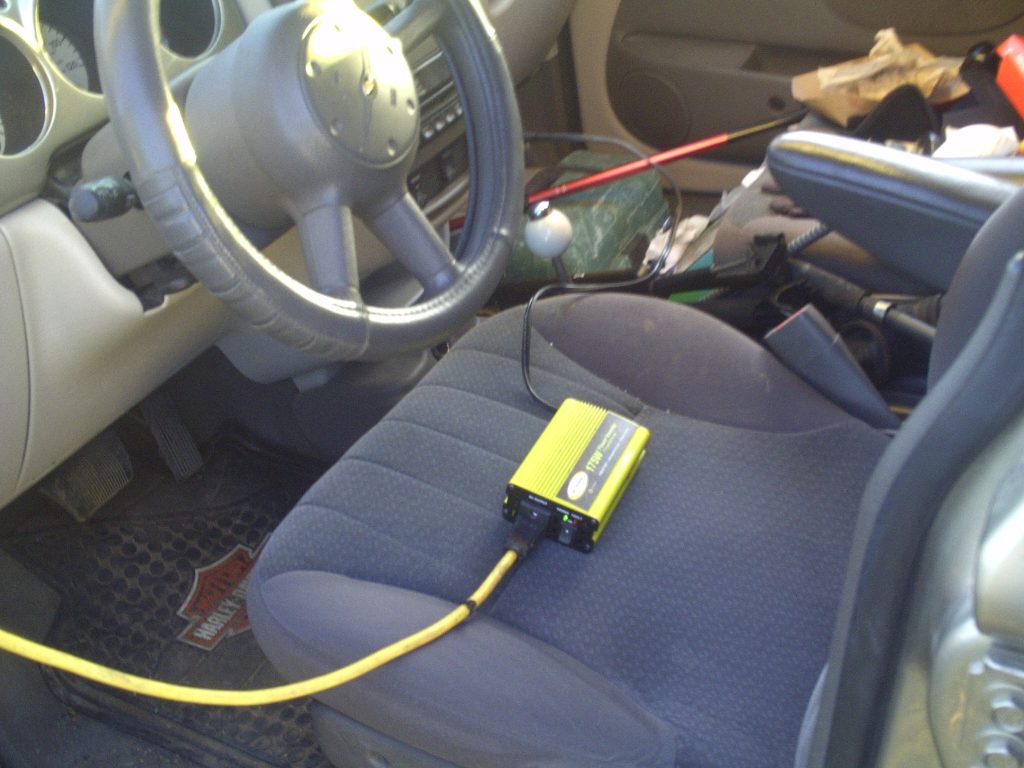 How To Use Your Vehicle for Emergency Power
← Read Last Post

10 Downsides of Living in a Tiny Home - Inspiring Home

[…] you might just have to give everyone a lesson as soon as they enter the house. Gina Blanchard on The Off Grid Living blog goes into detail about how gross compost toilets truly […]