In yet another display of anti-small-farm, the government in Michigan has banned chicken farming on small backyard farms. Though this happened a while back the attack continues. More and more we’re seeing attacks on small farms and backyard gardens through ordinances and unfair, biased rules that limit what homeowners can and cannot do with their own land. It’s honestly a travesty that this is allowed to happen at all. yet it happens every day.

“Michigan residents lost their “right to farm” this week thanks to a new ruling by the Michigan Commission of Agriculture and Rural Development. Gail Philburn of the Michigan Sierra Club told Michigan Live, the new changes “effectively remove Right to Farm Act protection for many urban and suburban backyard farmers raising small numbers of animals.” Backyard and urban farming were previously protected by Michigan’s Right to Farm Act. The Commission ruled that the Right to Farm Act protections no longer apply to many homeowners who keep small numbers of livestock.” Inquisitr

“Kim White, who raises chickens and rabbits, said, “They don’t want us little guys feeding ourselves. They want us to go all to the big farms. They want to do away with small farms and I believe that is what’s motivating it.” The ruling will allow local governments to arbitrarily ban goats, chickens and beehives on any property where there are 13 homes within one eighth mile or a residence within 250 feet of the property, according to Michigan Public Radio. The Right to Farm Act was created in 1981 to protect farmers from the complaints of people from the city who moved to the country and then attempted to make it more urban with anti-farming ordinances. The new changes affect residents of rural Michigan too. It is not simply an urban or suburban concern.” Inquisitr

You hear about government officials raiding small farms all over the USA, pouring milk out onto the ground, destroying entire crops, seizing products, produce, and ever stealing landowner’s property.

So how long are small farmers and homeowners going to put up with this? 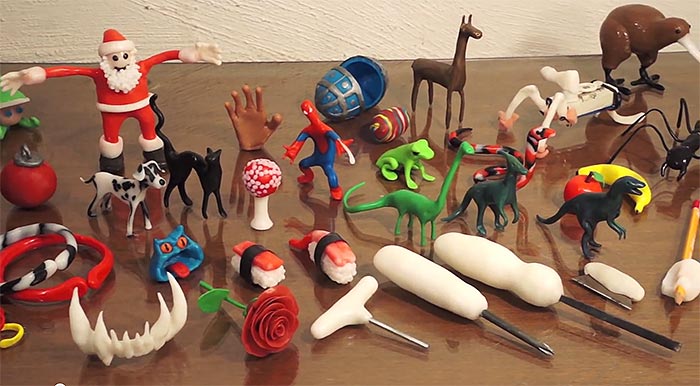 AWESOME Moldable & Reusable Plastic: You Can Make ANYTHING With This Stuff!
← Read Last Post