Winter is on its way, but with days still fairly warm, you might find yourself elbows deep in your garden harvest. If you’re like me and many other gardeners, you’ve got gobs of tomatoes sitting around waiting to be used up or preserved for winter.

Canning is amazing, but sometimes it’s nice to have a quicker, easier method to preserve those garden goodies. Freezing tomatoes is a wonderful way to save some of that harvest to use for the rest of the year! 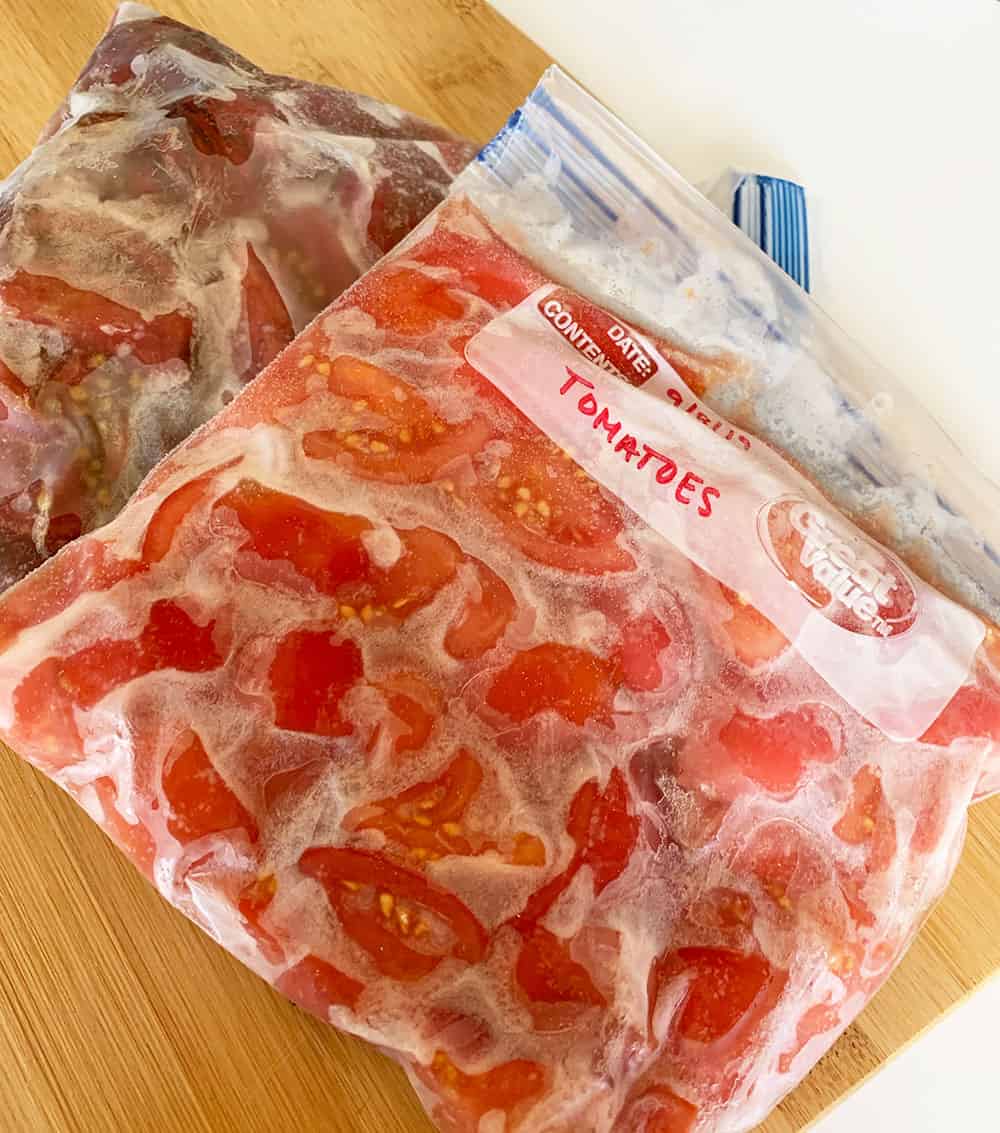 In our neck of the woods, we had an unusual growing season for plants. Our cool, wet spring was followed by one of the rainiest summers on record.

Most plants in this area got a slow start and were very slow to produce flowers and fruit. So it seems like our tomato crop came a little late, but it didn’t disappoint. I’ve been gathering beautiful, ripe tomatoes every day. 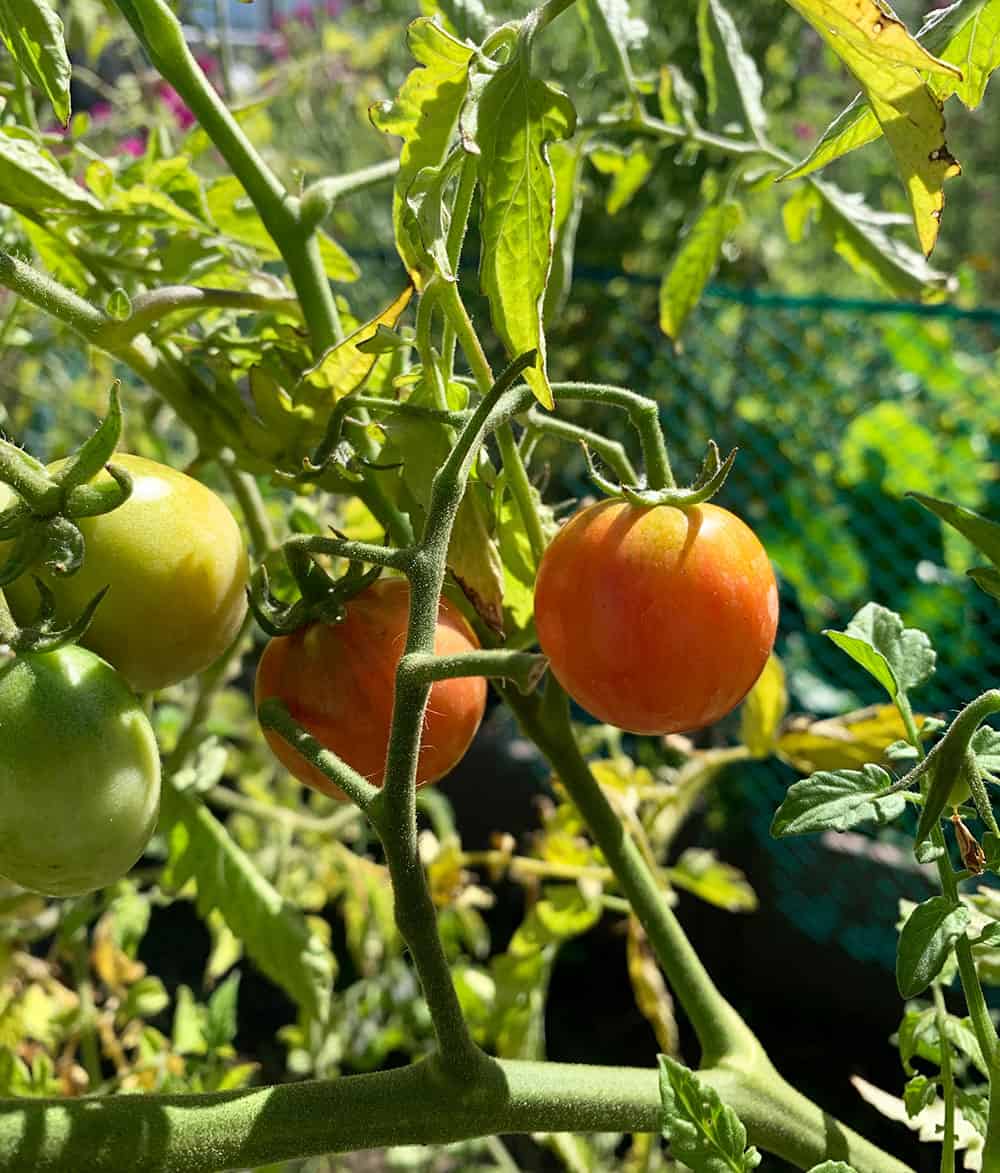 Like most years, once the tomato crop starts ripening, I’m working to preserve some for winter. Last year I made several batches of “sun” dried tomatoes, which were amazingly delicious, but quite a bit of work.

This year I’m taking advantage of a simpler option by freezing most of my tomatoes – at least whatever is left after my kids get to them! 😉

Tomatoes are one of the easiest plants to preserve by freezing. Like one of my other favorite garden crops – green onions – tomatoes do not require blanching before freezing. You can cook them before freezing if you wish, but they can be frozen completely raw. 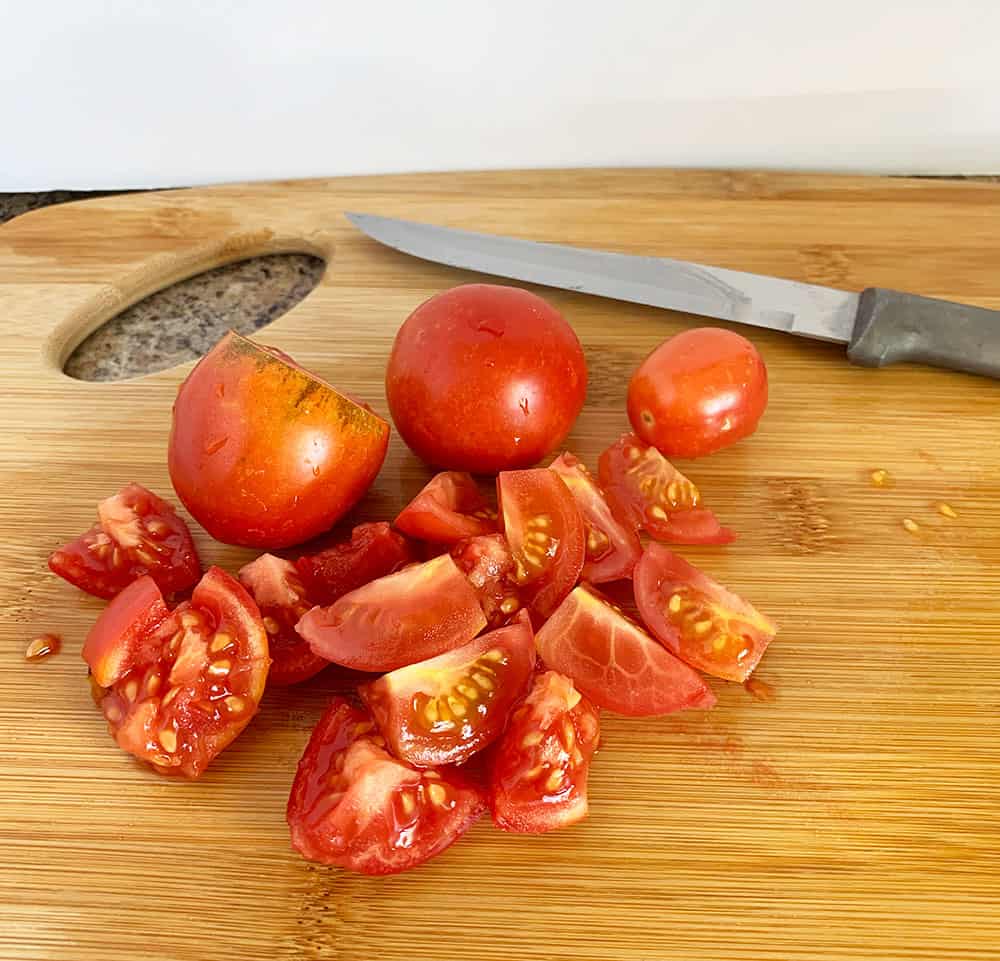 Another awesome thing about freezing tomatoes is that you can freeze them whole! Most people prefer to chop or puree them first so they’re more convenient to use later, but if you’re in a pinch, you can simply wash them, remove the stem, and toss them in the freezer.

I prefer to chop them up first, as this is a great way to always have diced tomatoes on hand for winter soups without having to buy canned tomatoes from the store.

You really don’t need any equipment to freeze tomatoes, either. All you need is a knife and freezer bags or other freezer-safe containers to store them in. 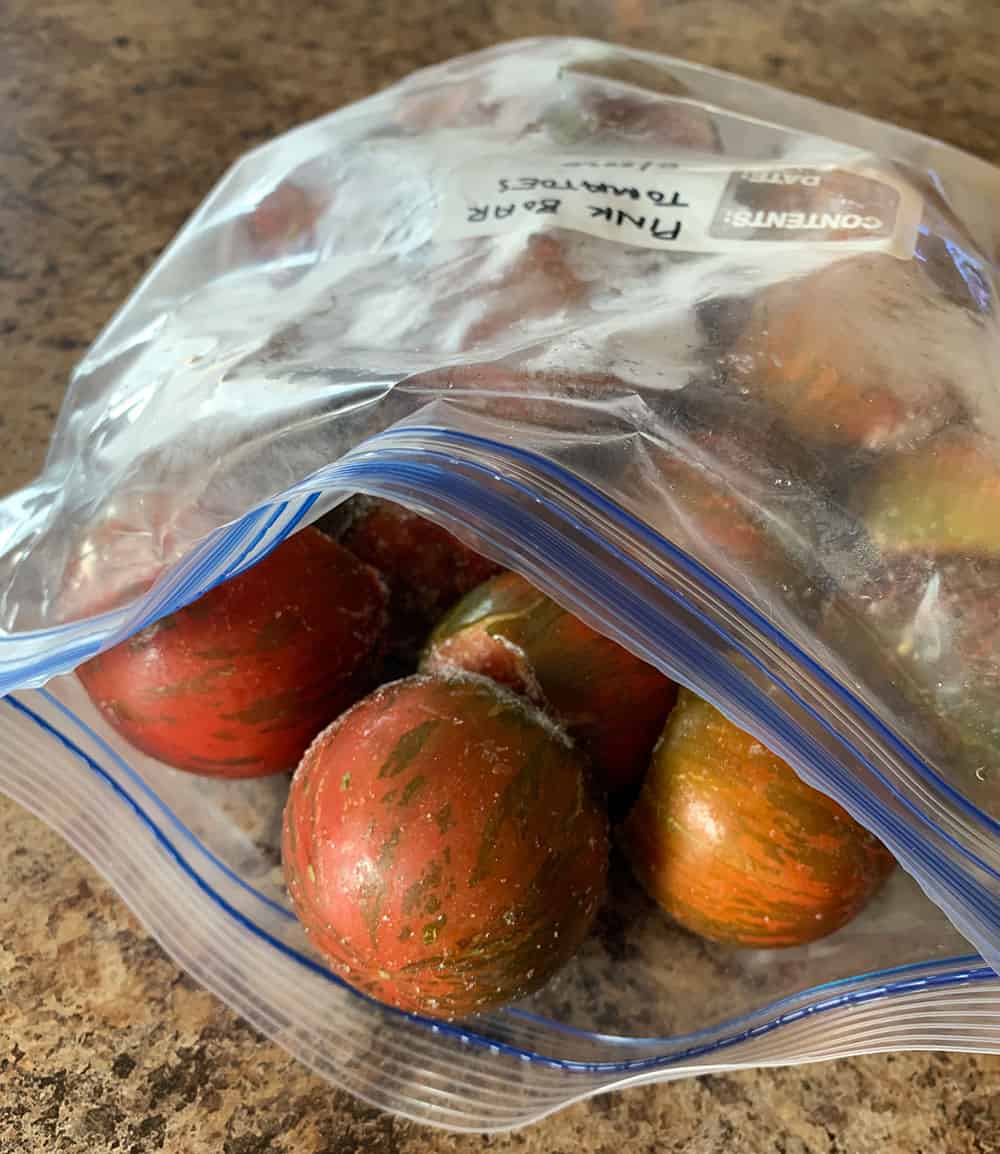 How to freeze tomatoes

That’s it! It couldn’t be much easier, right?

Tomatoes will be a bit mushy after they thaw, so they are best used in sauces, chili, stews, and soups.

When you’re ready to use them, just pull a bag out of the freezer and let them thaw in the fridge or on your counter. Sometimes I forget to set them out ahead of time and just empty a bag of frozen, chopped tomatoes straight into whatever I’m cooking. 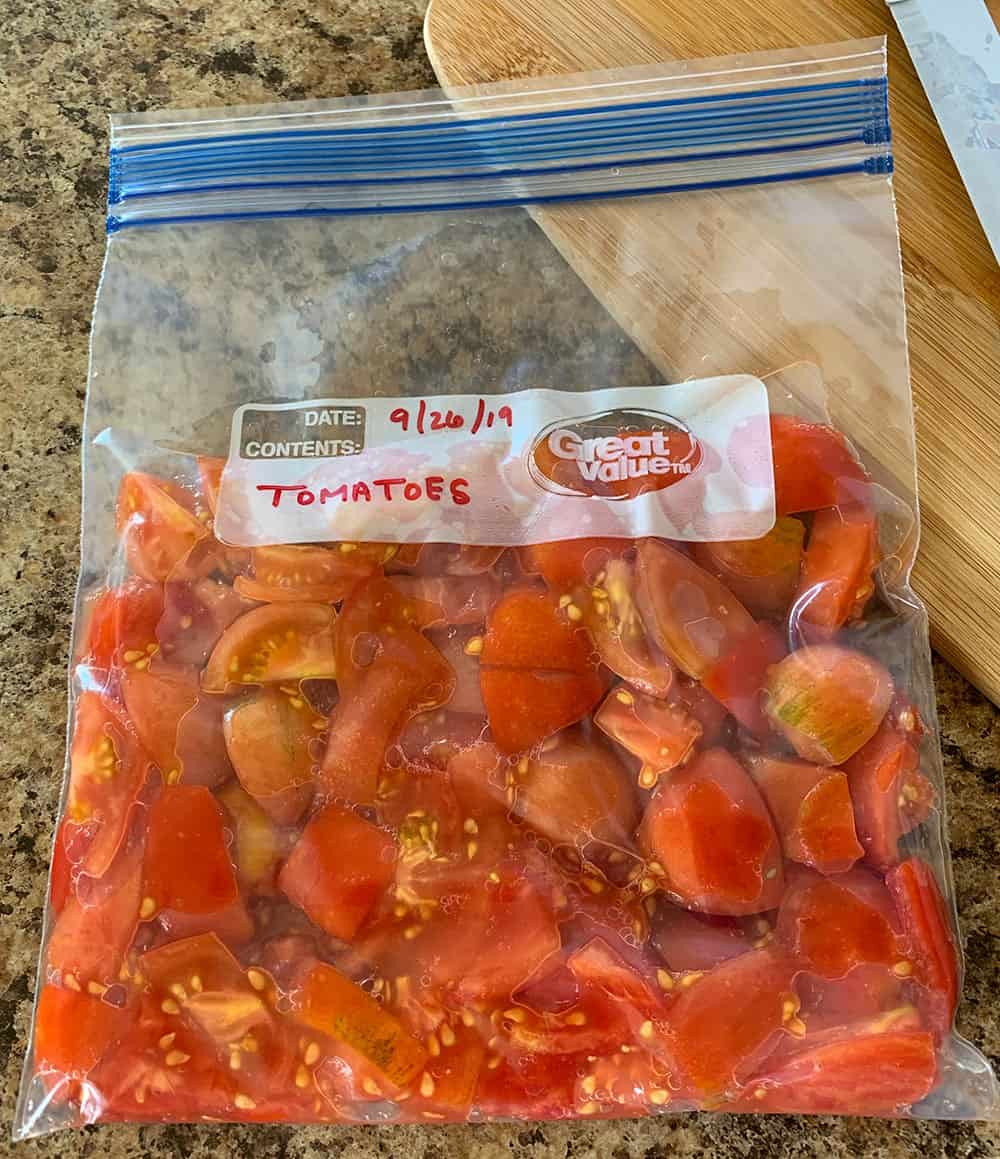 Of course, canned tomatoes and dried tomatoes are valuable to keep in your winter/survival food stash, especially if you find yourself without power (for the freezer). But freezing is definitely the quickest way to deal with a large number of tomatoes, and they taste pretty darn close to fresh tomatoes when it comes time to use them. 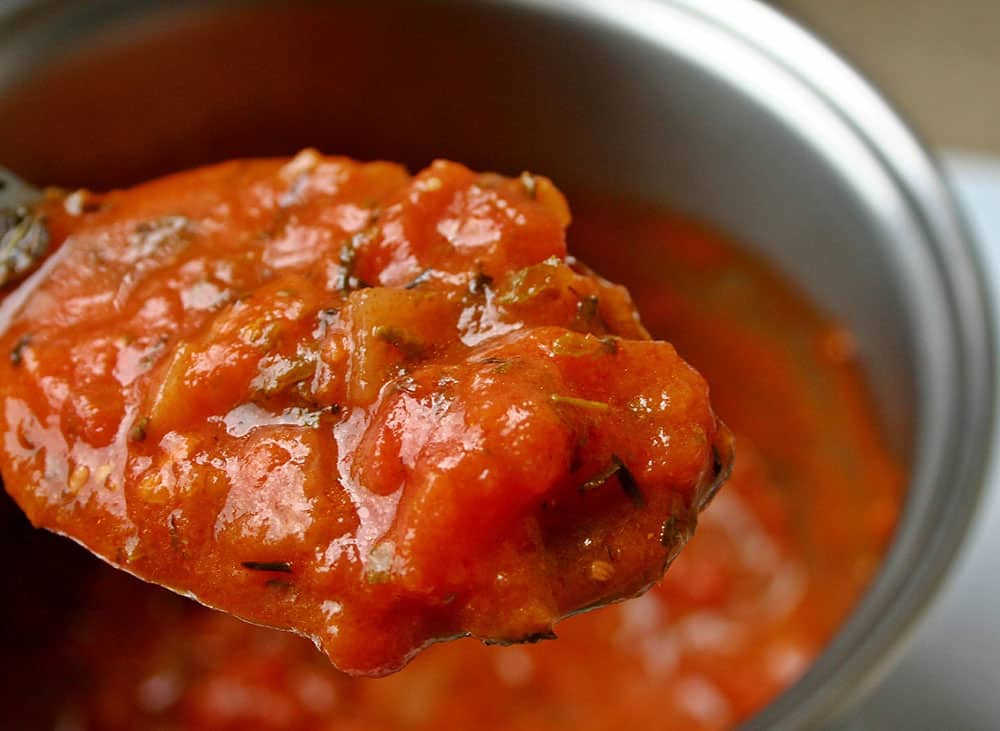 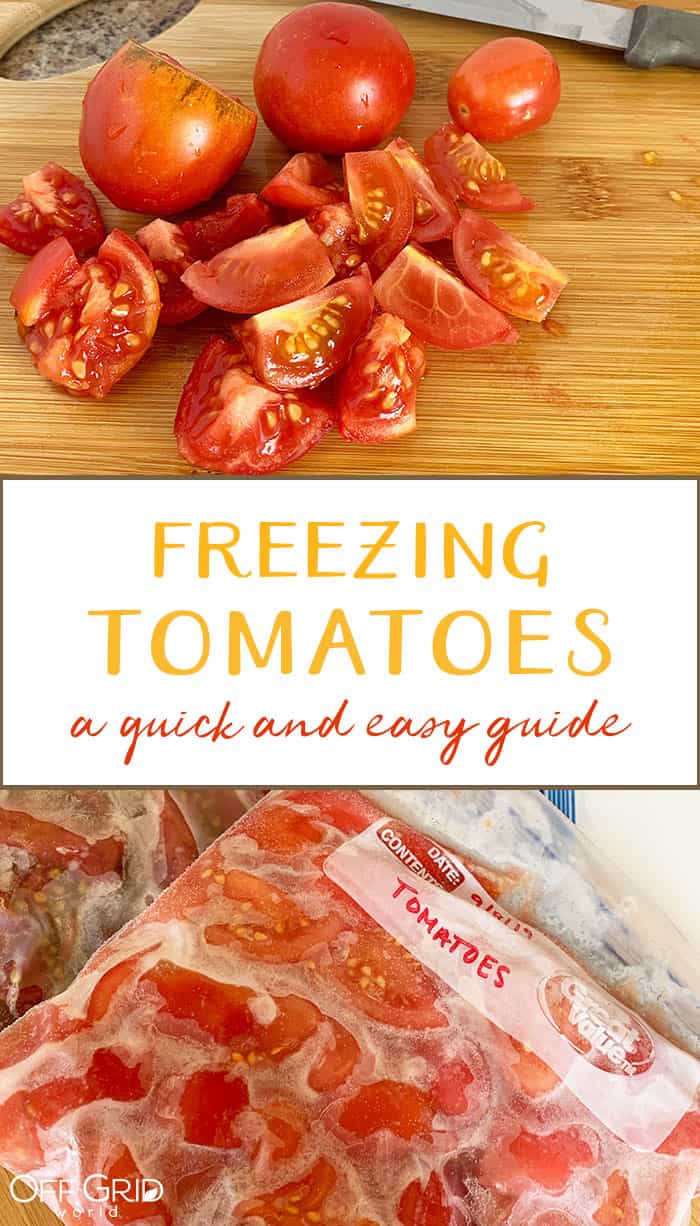