We all know that potatoes are a staple of the American diet, and they are just as important across the rest of the world. According to the International Potato Center, the potato is the third most important food crop in the world in terms of human consumption, behind only wheat and rice.

More than a billion people worldwide depend on potatoes for food, and global crop production exceeds 300 million metric tons. 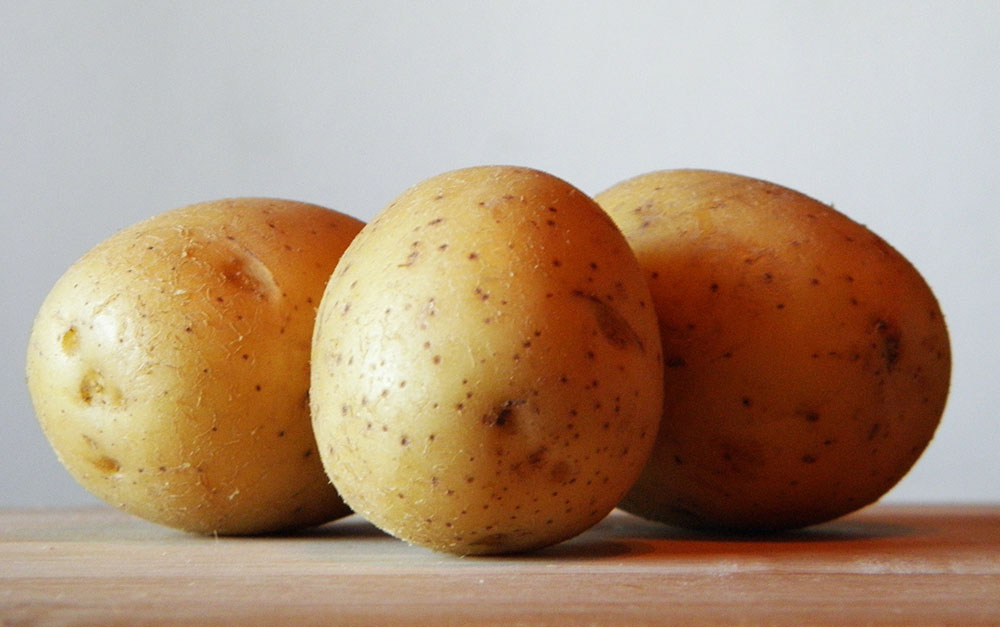 Potato farmers face many challenges, however, and meeting the global demand for crops is just one of them. Potatoes are prone to a plethora of pests and plant diseases, and in developing countries, many farmers do not have access to or can not afford quality seed for good harvests.

The International Potato Center (CIP) was founded to help combat these challenges and to work toward developing sustainable solutions to combat world hunger and the degradation of natural resources.

One of the projects that the CIP has been developing as a sustainable farming method is growing potatoes using aeroponics. Aeroponic growing is a soilless method where plants are grown, supported at the top, with their roots hanging into a box.

A solution of nutrients mixed in water is periodically pumped into the box and misted onto the hanging roots. The roots stay hydrated and absorb their nutrients without having to stay suspended in soil or water. 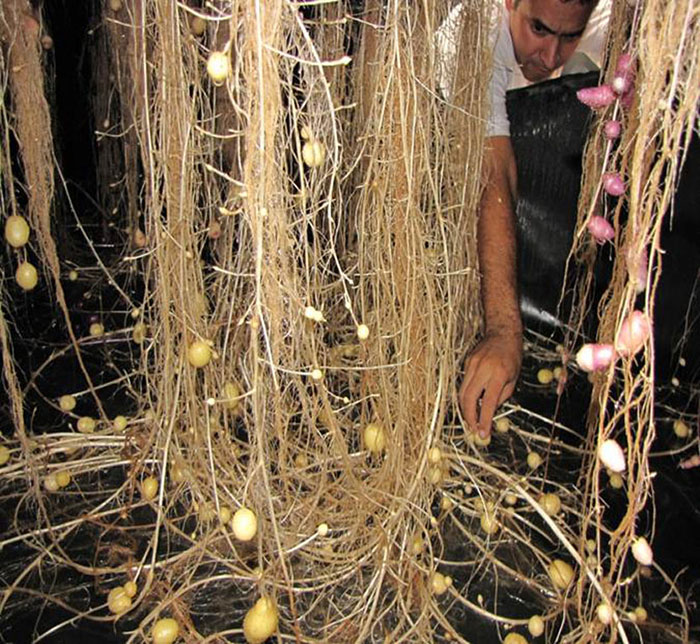 Aeroponic potato growing has resulted in much larger yields for researchers than traditional growing – up to 10 times higher. The plants also grow much faster this way, with notably less water usage than other types of growing. 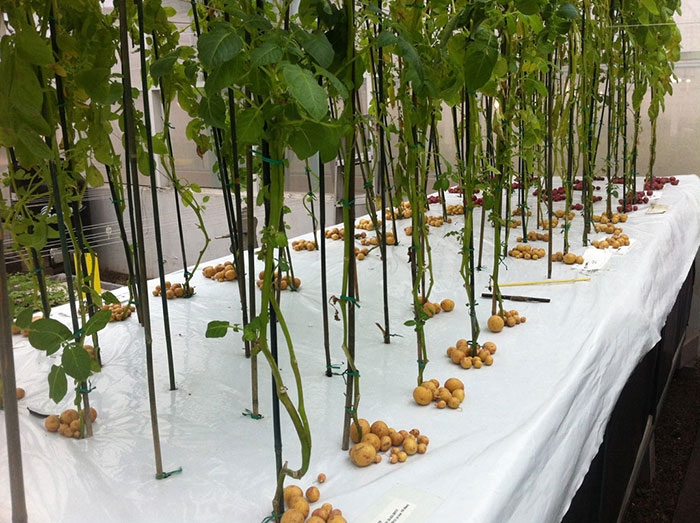 Aeroponic potatoes at their first harvest (70-80 days) via CIP

There is also a huge space-saving advantage; using this method, plants utilize vertical space, so they can be grown in close proximity. 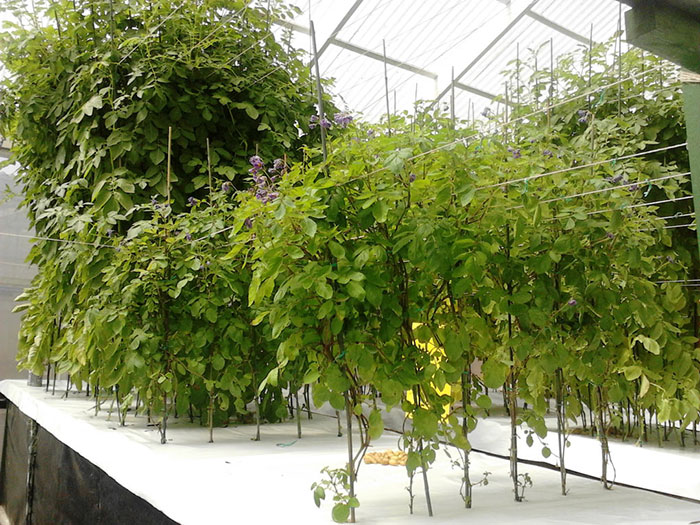 The plants at 3 months via CIP 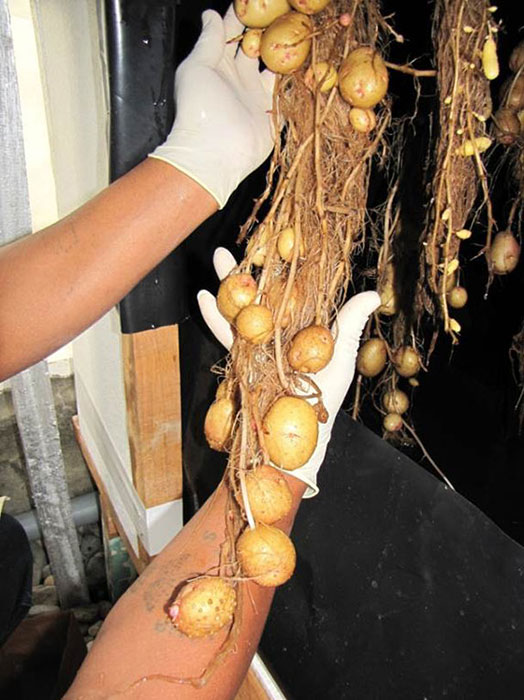 Researchers at Cornell University are working on a similar system to boost NY potato production. The goal of this system, built by Cornell virologist Keith Perry, is to help local potato growers produce more in a shorter amount of time and to help the farms remain self-sustaining. 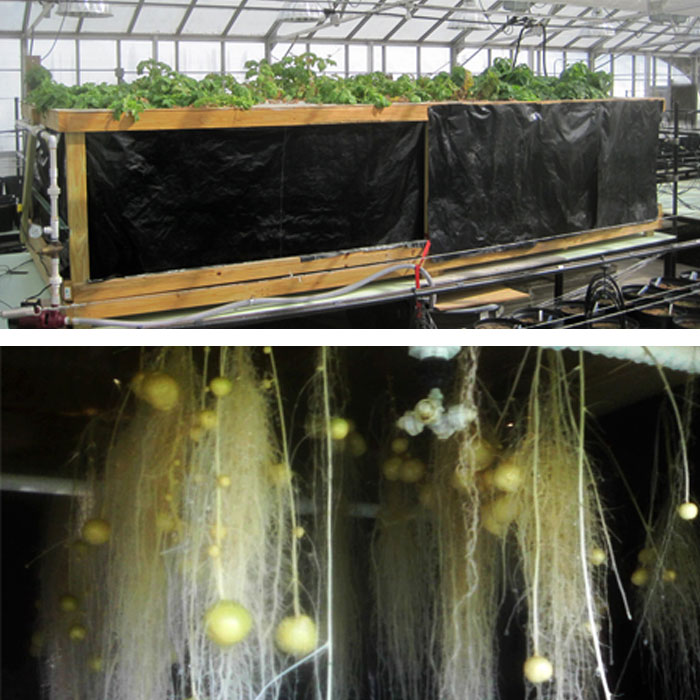 Aeroponic systems have the disadvantage of being more expensive to set up initially than traditional growing, but most researchers seem to agree that the long-term advantages definitely outweigh the costs.

Farmers who utilize aeroponic growing will be able to produce higher yields that more pest- and disease-resistant in a shorter amount of time, resulting in greater profits and the ability to keep up with consumer demand.

Via International Potato Center and Technology.org 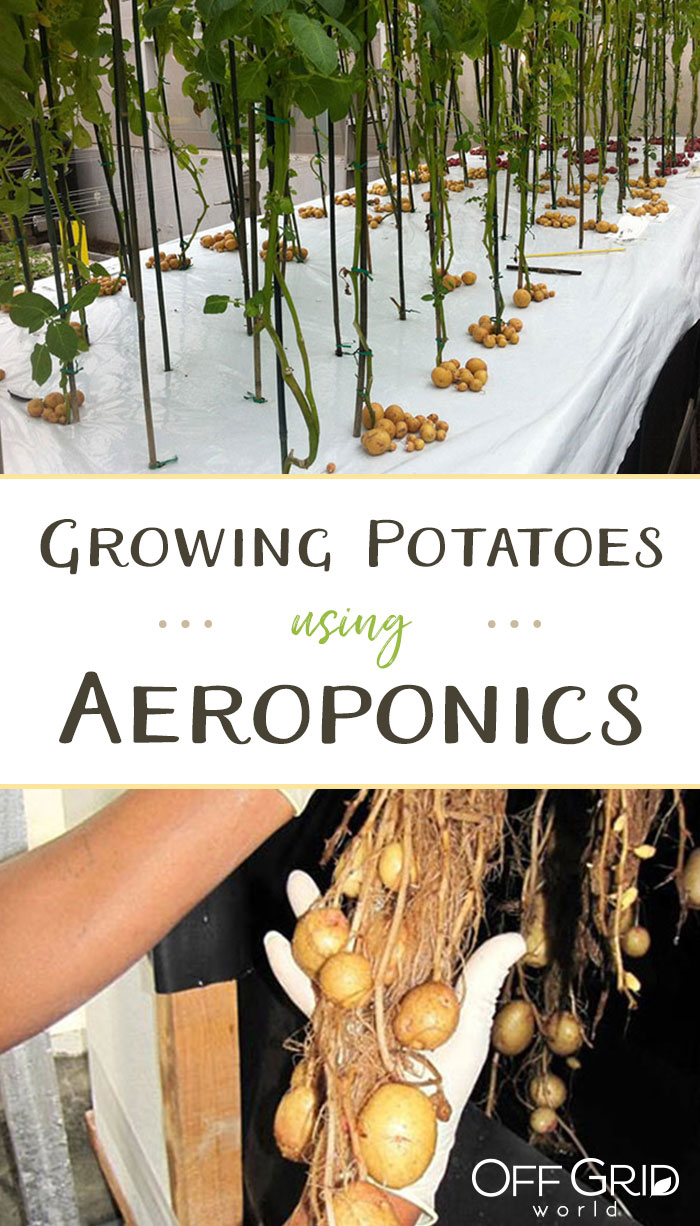