Sometimes would-be gardeners are deterred from growing their own food by lack space or because they live on a rental property that may not allow tilling up a garden area.

Here’s a great way to bypass these problems and grow high yields of fresh vegetables, fruits, and herbs. You’ve probably heard of container gardening, but how about growing a garden in bags – inside a kiddie pool?

It sounds a little weird, but that’s exactly what Larry Hall of Brainerd, MN did, and it works incredibly well. 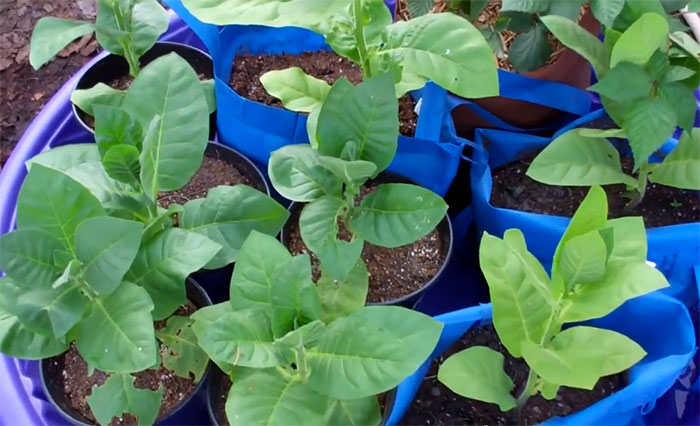 Larry first experimented with growing vegetables in bags that were each set up in their own individual plastic tote for sub-irrigation watering. After seeing kiddie pools on sale, he decided to try using those as the water containers, allowing him to grow several bags of plants together.

And rather than spending money on expensive grow bags, he bought several of the cheap reusable shopping bags from Walmart and also made some out of landscaping fabric. These bags absorb water very well, which is why they are so effective for this type of gardening. 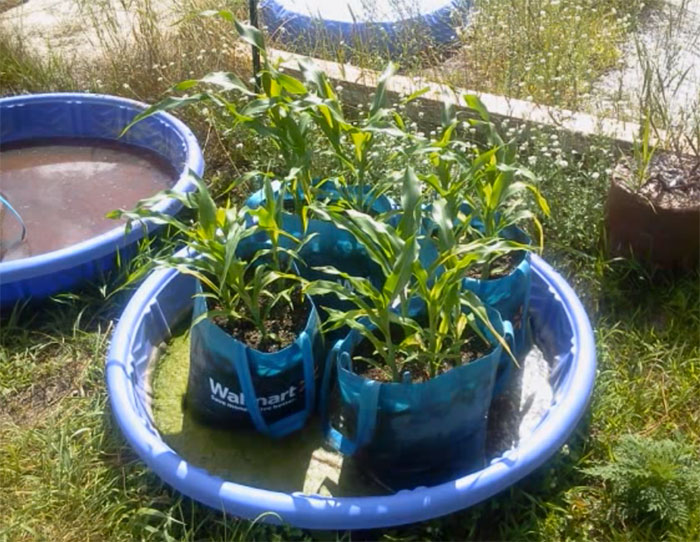 There are several benefits to growing a garden in a setup like this:

First, the water is contained, so it is used more efficiently than water used on plants that are grown right in the ground or in grow beds, which can result in water waste and runoff.  A small amount of water is all that is needed to keep the bottoms of these bags moist.

Second, many plants, including tomatoes, benefit from bottom watering. This can prevent many common tomato diseases.

Third, weeding and feeding is much easier and more efficient than plants grown in-ground.

And fourth, as I discovered in my own garden this year, keeping plants watered while you’re away from home or during excessively hot and dry conditions is much easier when plants can sit in a shallow reservoir. 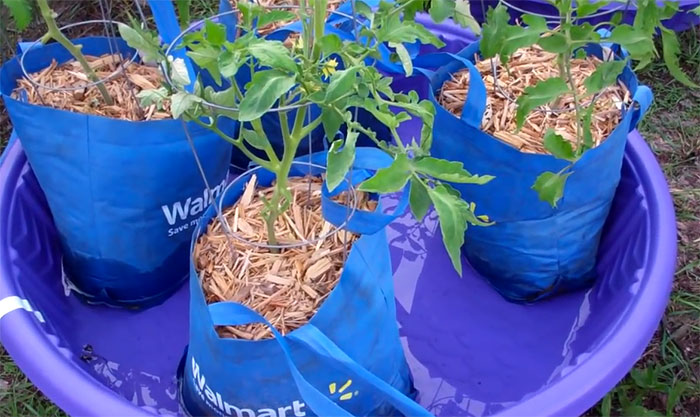 In areas that get plenty of rainfall, water would rarely have to be added to the pool. You wouldn’t want the water to get too high, however, so Larry suggests drilling some overflow holes or installing a float in the pool to keep the water level fairly low. He achieved phenomenal results with this system, growing tomatoes, tobacco, corn, and blackberries. 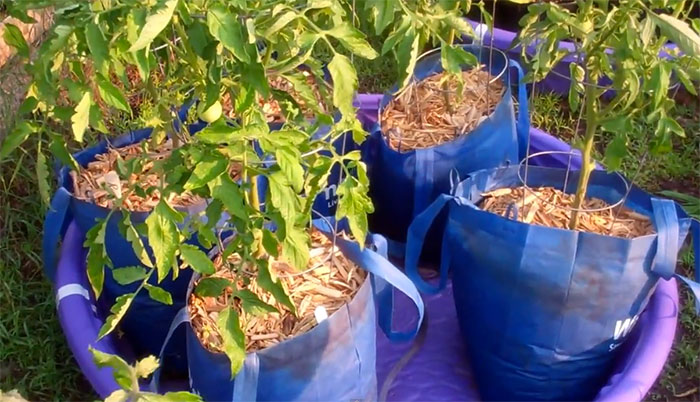 The above picture shows the progress with the tomatoes after only a couple weeks. Below, the bag-grown corn at the end of the season is over 8 feet tall – well above the estimated plant height given by the seed producer. 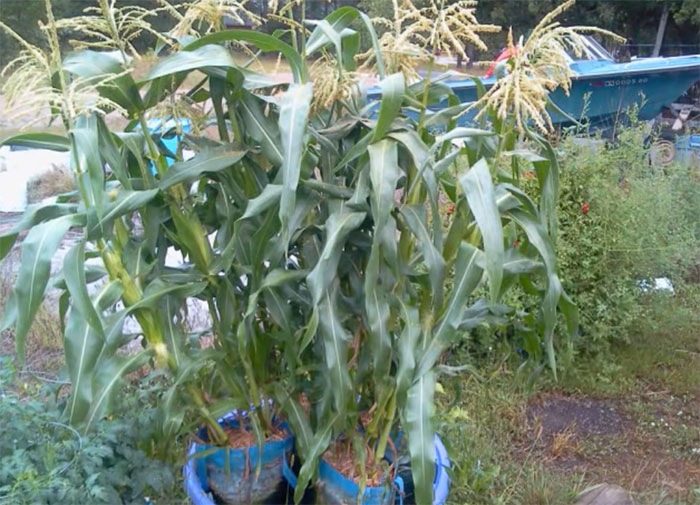 After one season of growing using this method, Larry noticed that algae became a problem, and many people had concerns about the potential for mosquitos to use the pools as a breeding ground.

Mosquitos can be avoided by letting the water dry out every few days or by using drop-in insecticides that are safe for garden plants.

But these concerns prompted him to come up with a hybrid kiddie pool solution, using a float and pea gravel to make something that has no standing water for mosquitos and is more visually appealing. 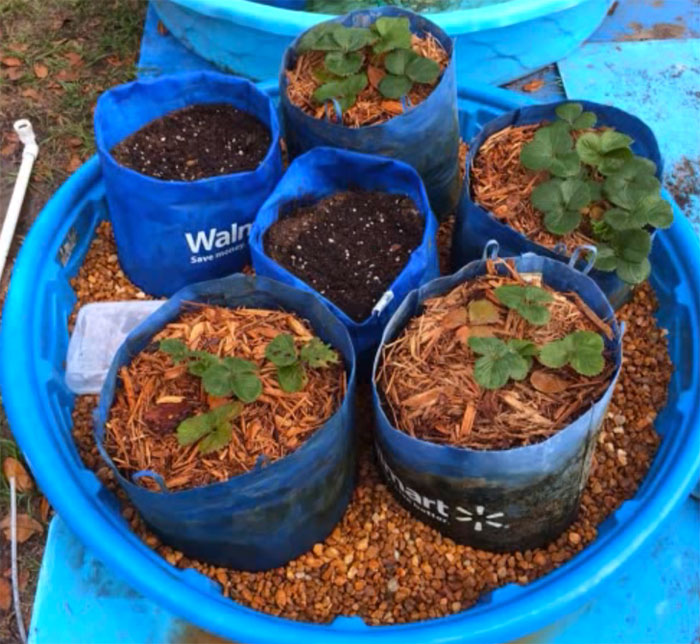 You can see Larry’s original and hybrid setups in the videos, as well as examples of others who have used this method to create their own incredibly efficient kiddie pool gardens.

Could you please tell me exactly what type of potting soil to use? I’ve read miracle gro soil of any kind is good and I am not sure what type to buy as the type in your video isn’t sold ever I live.

Hi! Someone in my Myspace group shared this website with us so I came to look it over. I'm definitely enjoying the information. I'm book-marking and will be tweeting this to my followers! Superb blog and great design and style.

A few last minutes things in the garden… | Super Beans

[…] so I constructed this container garden, inspired by a few articles (from Apartment Therapy and Off Grid World) and this video. The pots sit in a small pool of water and liquid fertiliser, which is wicked up by […]