About Open Source - Off Grid World Skip to Content 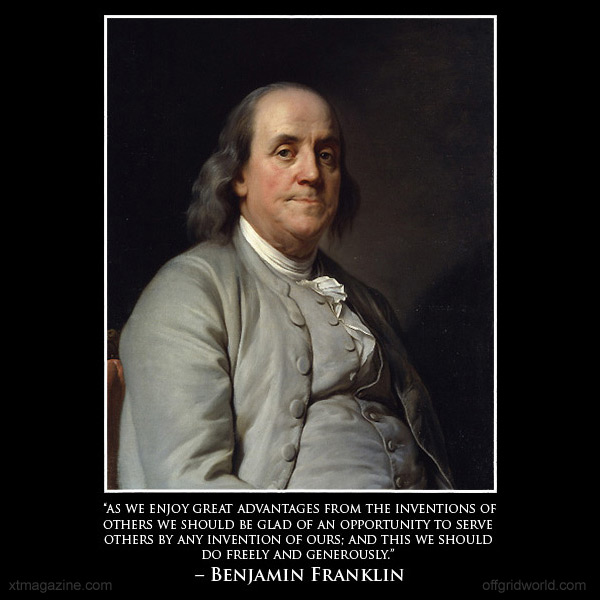 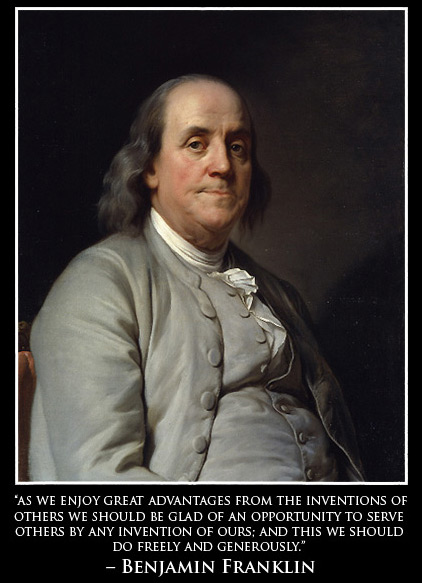 Open source will eventually power the world. From software, to manufacturing, community building and everything in between, open source is the future today. Those that embrace this philosophy today will become the innovators of tomorrow.

When you look at the software industry you’ll notice a small niche that started some 10-15 years ago. I’ll try to summarize the best I can. it started out with simple licenses for computer programs that were either hard to find or that were extremely expensive. Programmers decided to release some of their software “source code” into the public domain with basically only one clause, credit. The software was usually very cheap or free for download. This started the open source revolution. I know I’m skipping a lot of info here but I want to concentrate on the idea and philosophy behind it.

Today there are literally millions of programmers worldwide that can collaborate on huge projects that would normally cost millions of dollars in research and development if a traditional company were to try to produce the same kind of software program. Having the “source code” publicly available makes it very easy for people to cooperate and share ideas on how to make it work better. This simply works better than any other model.

New Industries
Industries flourish with new innovation. To spur on a new revolution of innovation one must break down old barriers and proceed without regard for profits and focus instead on the advancement of human kind and the technology that we use. New industries will present themselves to the observant inventor and allow for the financial means of continued growth in areas of interest.

The idea behind open source inventing is not new. In fact Benjamin Franklin himself was a staunch supporter of open source and sharing ideas.

Imagine a world without greed… OK, not gonna happen, but read on.

Now imagine a world where knowledge is shared equally, invention is free, and innovation is allowed to evolve. What can accomplish this? The free exchange of information and knowledge. Open source does that.

Take a look at the Open Source Model here:

“The open source model of operation and decision making allows concurrent input of different agendas, approaches and priorities, and differs from the more closed, centralized models of development. The principles and practices are commonly applied to the development of source code for software that is made available for public collaboration, and it is usually released as open-source software.” SOURCE: Wikipedia

It allows for the progression of technological innovation at an increased rate. A perfect example of this is the millions of people (that’s right, MILLIONS) that choose to use open source software, including entire Operating systems like Linux. There are commercial versions of linux available for sale, and having it in the Open source community allows anyone to participate in making it better.

If you take this same model and apply it not just to intellectual property copyrights, like Software, and Music, but also apply it to the technological world as a whole allowing innovation and crowdsourcing of ideas and products. (I know this is an oxymoron). Why not call it Open Design, or Open Technology, or Open Invention? They all work.

Apply this concept to the Energy Industry the same as it has been applied to the Software Industry and you will have huge advancements in innovation and product creation. People will be able to collaborate together, share information, improve design concepts, and bring exciting new products to market.

Here are some of the best resources for open source information on the internet. This will give a general idea behind the philosophy behind the open source movement, and the power behind the idea of open innovation. Help others help others. Simple, clean, and powerful. Share!

In production and development, open source is a philosophy, or pragmatic methodology that promotes free redistribution and access to an end product’s design and implementation details. Before the phrase open source became widely adopted, developers and producers used a variety of phrases to describe the concept; open source gained hold with the rise of the Internet, and the attendant need for massive retooling of the computing source code. Opening the source code enabled a self-enhancing diversity of production models, communication paths, and interactive communities.The open-source software movement was born to describe the environment that the new copyright, licensing, domain, and consumer issues created. SOURCE: Open Source Wikipedia

The Open Source Initiative (OSI) is a non-profit corporation with global scope formed to educate about and advocate for the benefits of open source and to build bridges among different constituencies in the open source community. Open source is a development method for software that harnesses the power of distributed peer review and transparency of process.
The promise of open source is better quality, higher reliability, more flexibility, lower cost, and an end to predatory vendor lock-in. SOURCE: Open Source Initiative