Solar Roadway Project Shatters Crowdfunding Records, But is it Viable? - Off Grid World Skip to Content

Solar Roadway Project Shatters Crowdfunding Records, But is it Viable? 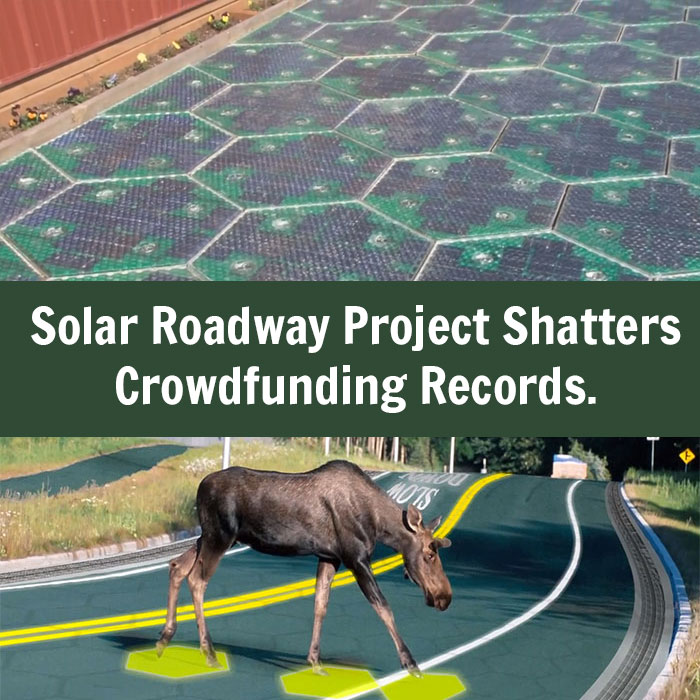 Can you imagine a world where roads, sidewalks, bike paths, and parking lots are paved not in concrete and asphalt, but in glass-covered, LED-lit solar panels?

That’s exactly the vision that Idaho couple Scott and Julie Brusaw have, and they are working to make it a reality. For years, the couple has spent countless hours designing a modular solar panel paving system.  The idea has gone viral on the internet recently and is still gaining momentum. 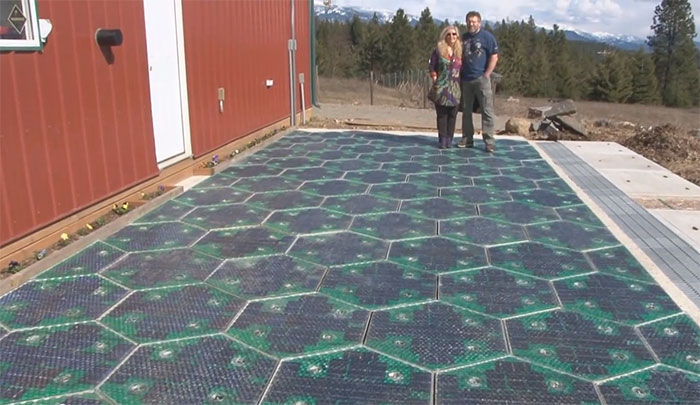 Solar Roadways received two phases of funding from the U.S. Federal Highway Administration for the development of a solar paving system that could replace current roadways and pay for itself over its lifespan.

With this funding, the couple has developed two finished prototypes and is now ready to move forward with further research and manufacturing. 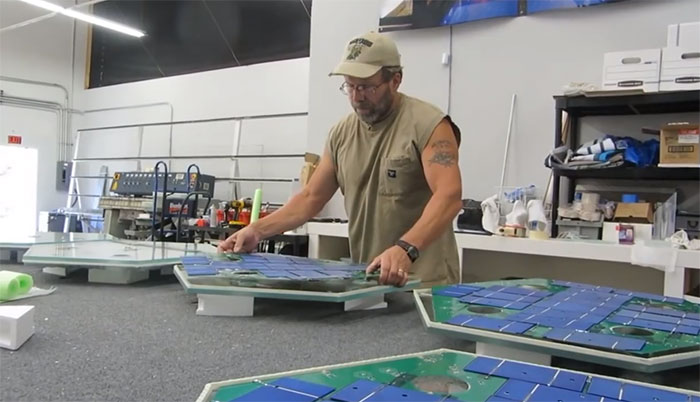 To help cover the high costs of production, the Brusaws initiated a crowdfunding campaign on Indiegogo. They have blown past their initial goal of $1 million, reaching nearly $2 million at the time of this writing. This is the most popular crowdfunding campaign Indiegogo has ever seen, breaking the record for most individual contributions to a single campaign.

So what’s all the buzz about?  How does a solar roadway work? Is a future paved in solar really viable?

The Solar Roadways panels are hexagon-shaped pavers that consist of solar panels laid out over a circuit board. They are covered with textured, tempered glass that has been subject to extensive load and impact testing, and can reportedly withstand the heaviest of trucks (250,000 pounds).

They each also contain heating elements that will keep the paved surfaces above freezing, which should not only make roads safer for driving but also eliminate the need for costly snow and ice removal efforts. 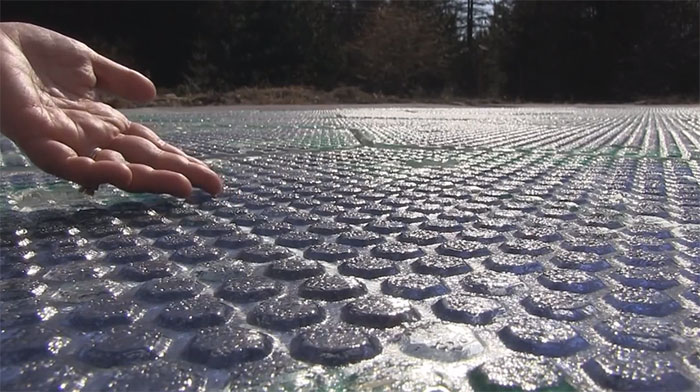 The circuit board contains a system of LED lights in many different colors that can be used for a variety of purposes.

The lights can be programmed to display road lanes, parking lot lines, court boundaries for games like basketball or tennis, and just about any other application imaginable.

The panels are also pressure-sensitive, so they can be programmed to light up if there is debris in a roadway, such as fallen trees or boulders, or if there is an animal on the road. 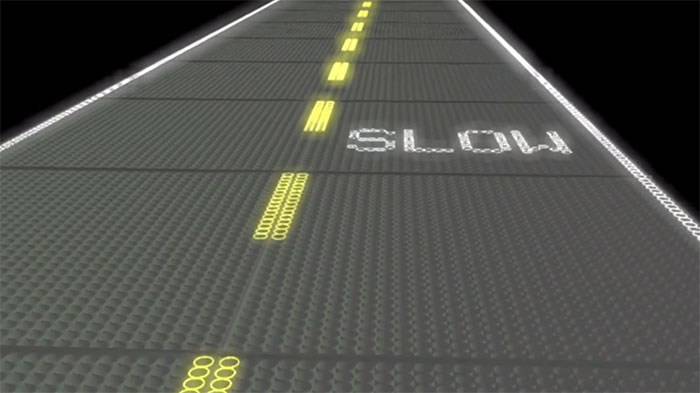 Solar Roadways has the potential to benefit the environment in ways other than energy savings. Scott and Julie strive to use as many recycled materials as possible in the creation of their panels.

The roadways also contain two cable corridors that run along each side of the road. One side is meant for managing stormwater runoff and the other would house power and data lines, potentially eliminating the need for overhead and underground power lines. 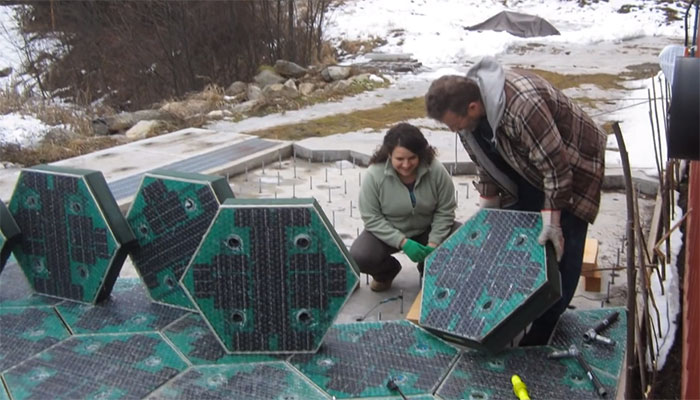 It sounds like a fabulous idea, but is it really viable? Skeptics are doubtful that Solar Roadways will be replacing traditional roads anytime soon. Cost is one of the biggest limitations to this idea. While the costs could potentially be offset long-term in energy savings, solar panels and LED lighting are both still very expensive technologies, not to mention the installation costs to get the new infrastructure in place to support the roads.

Many are also doubtful about the long-term durability of glass-covered solar panels.

Despite the challenges, it doesn’t sound like the Brusaws will be quitting anytime soon. They will continue to tweak and improve their design, which is still gaining backers. 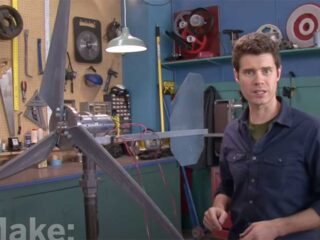