I challenge the United States government (and all Americans to step up) to help our economy, create jobs, and feed the hungry and poor people of this country by funding 1 million new LOCAL farms in America.

Have you ever wondered how much it costs to feed America? Well, I did, and the number is HUGE! Basically, Americans eat a lot. There are approximately 313.9 million people in the United States. All those people eat a lot of food each day. 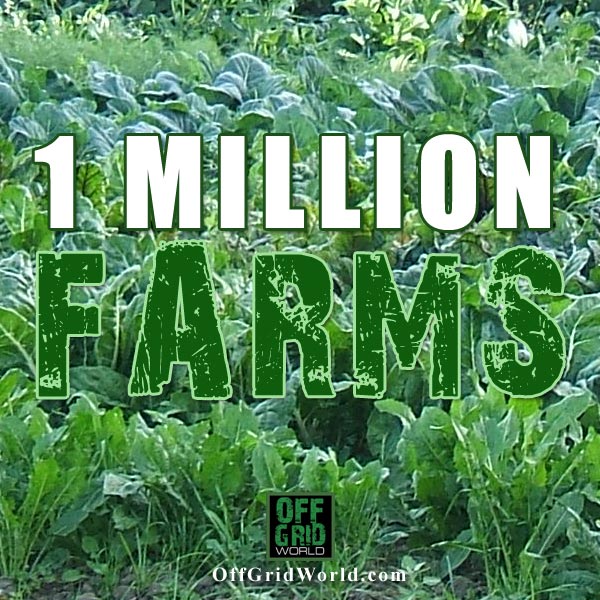 How much food? The answer is…

Americans Spend an Average of $55.72 Per Week on Food

That Equates to $7.96 Per Person Per Day

Even if you adjust the cost to factor in the homeless Americans (about 3.5 Million at any given time) who don’t get to eat 3 meals per day, and those who are lucky to get only 1-2 meals per day, that’s still only about a 1% drop in the cost of the food. And when you factor in the government subsidies, food stamps, and other food programs, it adds about $75 Billion to the cost, bringing the total back around $975+ billion dollars.

This number, of course, does NOT include all the donations to charities that help feed the hungry. This would most likely push the number over the $1 Trillion mark.

That’s a hugely expensive pie to eat every year.

It just seems like an awful lot of money to feed people, especially when so many are still going hungry and millions of folks are out of work.

There are starving children in our country. Homeless folks who don’t know where their next meal is coming from, and poor people who can barely feed their families more than 1-2 meals per day. 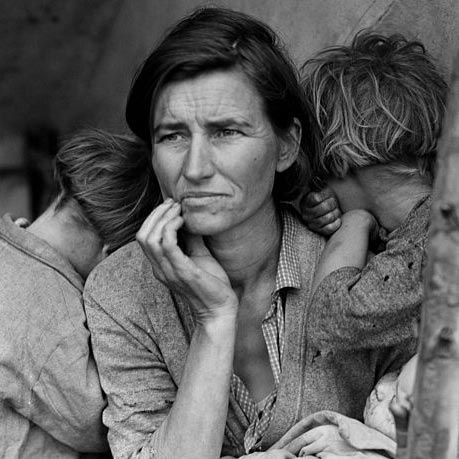 “…20% or more of the child population in 37 states and D.C. lived in food insecure households in 2011, according to the most recent data available. New Mexico (30.6%) and the District of Columbia (30.0%) had the highest rates of children in households without consistent access to food…” ~FEEDINGAMERICA.ORG

How can so many people go hungry when so much money is being spent to feed people?

It seems counter-intuitive and a waste of money to keep throwing money at a problem that could be solved by growing more food locally. Making food readily available in grocery stores, farmers markets, and food banks.

$1 Trillion dollars is a lot of money to spend on food.

Perhaps we should take 10% of that money ($100 Billion dollars) and invest $2 Billion into each of the 50 states in the USA to create NEW LOCAL organic farms and grow more food, and create more jobs locally. This would help offset the transport costs and save billions in shipping and fuel costs because food is LOCALLY GROWN and not distributed for and wide.

This also means food in your local grocery store will be FRESHER and more healthy!

I challenge my government to set aside $100 Billion for the creation of an organic farming program. $2 Billion dollars per state is really not a lot of money in the whole scheme of things but this is what it could buy. 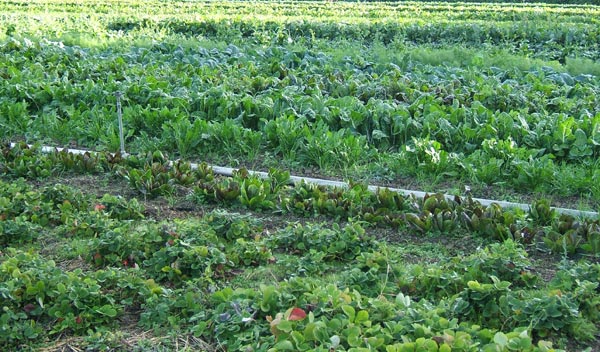 How many farms could you start with $2 Billion dollars in each state of the United States? Even at a whopping $1 Million per farm, that’s 2000 new farms per state.

According to the EPA (Environmental Protection Agency), there are currently 2.2 Million farms in the USA.

100,000 more farms is merely a drop in the agricultural industry bucket. However, when you look at the average cost to run a farm in the USA, that $2 Billion in funding per state can go a LONG WAY toward creating many, many more farms.

Average Annual Cost To Own & Operate a Small Local Farm

Now, multiply that by 50 states.

NOTE: In 1935 there were approximately 6.8 million farms across the USA. The advent of a machine harvesters and higher technology increased the number of acres a single agricultural worker could work, and over time the number of workers and farms declined. Farms got larger, and the workforce got smaller.

What about the farmworkers?

According to the Bureau of Labor Statistics, U.S. Department of Labor, Occupational Outlook Handbook, 2012-13 Edition, Agricultural Workers, there were approximately 757,900 agricultural jobs in the USA.

757,900 jobs spread over 2.2 million farms (currently) is approximately 2.9 jobs per farm on average. (basically 3 workers)
(there are many more farms with many more workers. this is just an average from total farm workers spread over all farms)

Calculating the INCREASE in organic farms with our farm challenge, when you add 3 workers to the 914,400 new farms, that not only increases the number of jobs, but it almost QUADRUPLES the current agricultural workforce by adding an additional 2.7 million jobs!

For simplicity’s sake, and to give this a good round number for people to grab onto let’s simplify the challenge.

This Creates An Additional:

Where Are All The Farms Now?

This is a 2007 map of all the farms in the USA. As of this data there were 2.2 million farms in the country. Each green dot on the map below represents 200 farms. 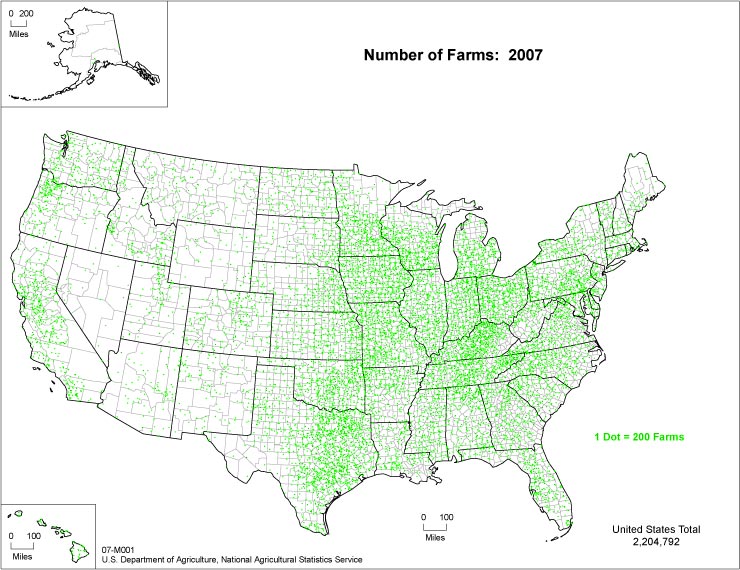 Downsizing new farms and supplementing traditional row cropping with , hydroponics, aquaponics, and high density high yield vertical gardening techniques will do more to grow more food per acre than any other method used thus far, and it will remain economical to do so

There is a movement going on in the housing market. People are going small, and moving into “tiny houses“.

Logistically speaking, 20,000 big farms per state would be difficult (and too expensive) to pull off. Keep in mind we only have a budget of $100,000 per farm.

That’s not a lot, but it’s enough to produce 1 Million pounds of food per year on a few acres of land.

It would be more economical IF each farm were downsized (say to 5-10 acres each), more efficient, and produced a higher yield per acre.

Strategically placing these farms within and around major metropolitan areas would cut down on transport and provide fresh organic food direct to the public.

Most major crops can be grown on small local farms in and around cities proper. Just about anything but grains. Grains need huge expanses of land area to grow, and so far no one I know of has come up with a viable way to grow grains in bulk in a small space with high yield. (this would be a good research project)

That leaves just about every crop besides grains. How about root crops? They need lots of space too, right? Not necessarily. Potato towers work great, and the same idea can be applied to carrots, turnips, and just about any other root crop.

Urban sprawl is affecting our environment. That goes without saying. But, take a look a WHY urban sprawl exists. When we run out of horizontal area within city limits, what happens?

We build up! We build skyscrapers and tall buildings which essentially DOUBLE the area of the footprint of the building with each floor.

The same thing is going to happen with agriculture. As farmland is gobbled up, and the population increases, we’ll need more food, and we’ll need more area to grow that food.

Vertical Farming is the idea of growing vertically, but on a much larger scale within tall buildings and skyscrapers. Right now though it’s still in its infancy and it’s extremely expensive to grow food in this manner.

Vertical Gardening is the same idea, but on a smaller scale, and it’s much more economical than building a skyscraper.

Grow food without concern for weather. There are many reasons to grow indoors inside greenhouses, the biggest of which is higher yield. When you control the temperature and humidity of your growing space, you’re not limited to short growing seasons and can get many harvests per year. More harvests mean higher annual yield.

There are 313.9 million people in the USA. That’s 627.8 Billion pounds of food consumed in 1 year! (of course, babies and children don’t eat that much)

If each of our 1 million LOCAL FARMS produced 1 million pounds of food, they could produce 1 TRILLION pounds of food annually. Meaning we could feed THE ENTIRE POPULATION OF THE UNITED STATES OF AMERICA, and produce a 372.2 billion pound SURPLUS of food!

This is more than enough to feed not only the USA but many starving people in countries overseas too.

This means you’ll pay less for a loaf of bread, dozen eggs, or gallon of milk than you do now. It will be fresher food than you eat now since it will come from LOCAL FARMS instead of being shipped hundreds or thousands of miles away. It will save farmers money because they don’t have the costs involved with national distribution. The economy will be stronger because more folks will be employed. Confidence and consumer spending will increase, thereby increasing business throughout the United States.

There will be an abundance of food, and perhaps a surplus, rather than a scarcity, and that my friends can go directly to food banks and homeless shelters all over the nation to help provide food to the hungry and poor.

So… What are we waiting for?