If you don’t have a large garden or great local soil, it doesn’t mean you can’t grow delicious cucumbers ready to be picked fresh for a crisp salad. The solution is to use the right size pots. You can grow numerous varieties of cucumbers, including Sweet Success, Liberty, Bush Slicer, Suyo, Burpless, Salad Bush, and Early Pik. 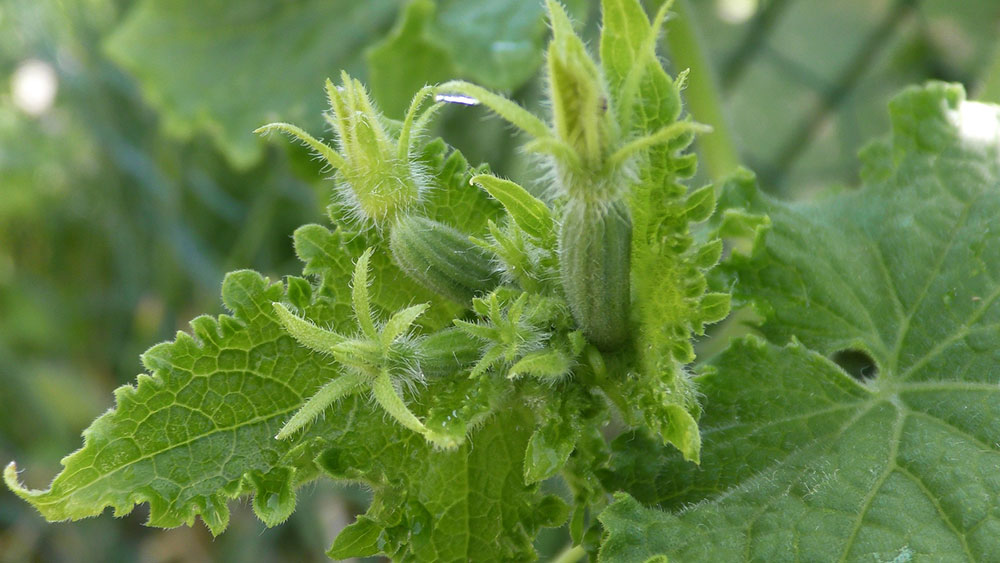 Cucumbers require deep roots to thrive, so the container must have a minimum depth of sixteen inches. Having two additional inches in depth can effectively double the harvest. Four to six plants can be grown in a twenty-inch pot. A five-gallon container is large enough for two to three plants and a window box is great for growing cucumbers, provided there is a trellis.

Medium/large wooden planters are great for cucumbers. They allow you to easily add any size or shape trellis. Cypress wood planters are the best kind; they’re naturally resistant to pests and rot. 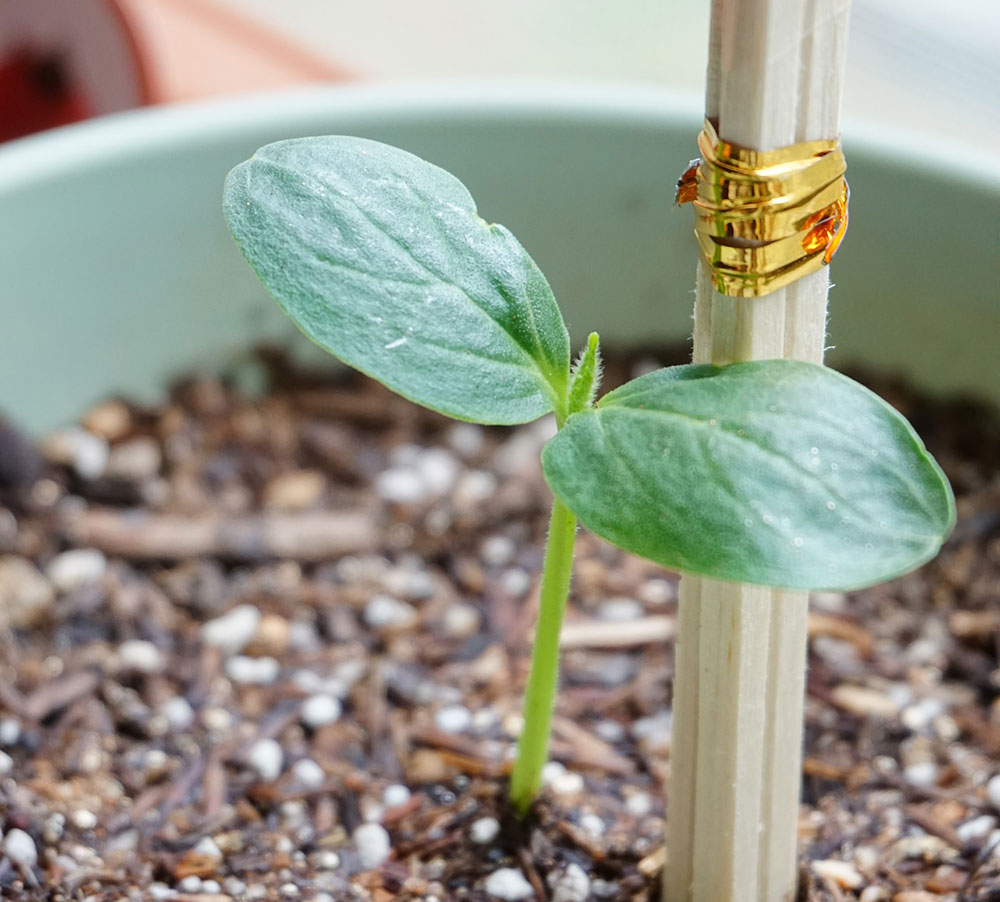 The seeds should be planted in clusters of six or eight and half an inch deep. Cucumbers require a lot of support, so a trellis will be needed. This keeps the plants safer from pests and makes harvesting much easier.

The best place to put the trellis is behind the container or planted with the seeds. The trellis must be placed in the container prior to planting the seeds to prevent disturbing them. The container should be filled three-quarters of the way with a well-drained, high quality soil mix. 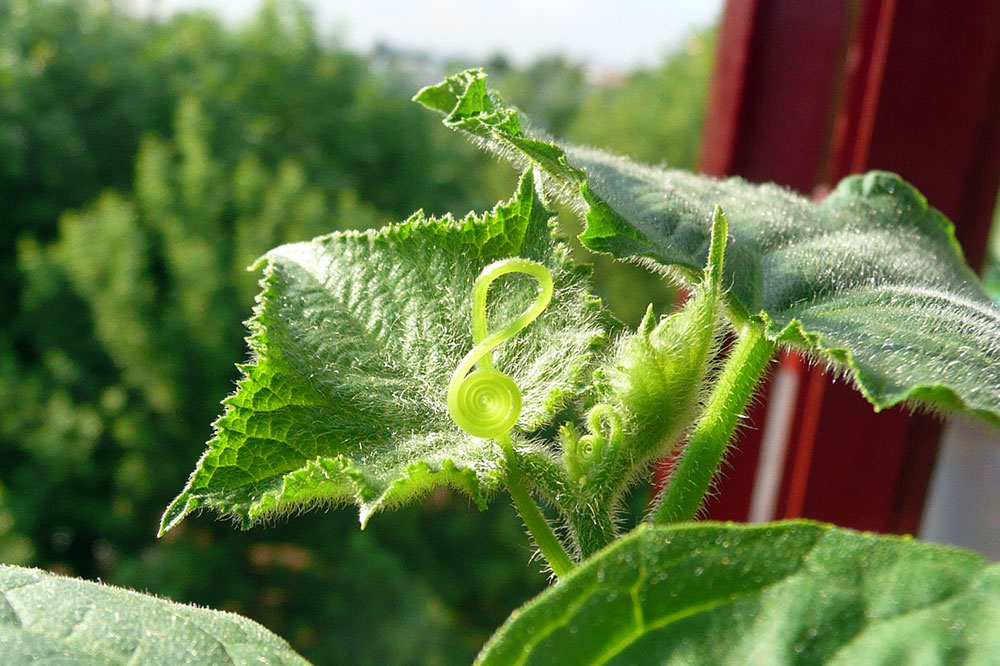 Caring for the Cucumbers

Cucumbers adore both warmth and sun. They should be given a minimum of six hours of sunlight each day to make certain they are strong and will produce well. A half strength commercial fertilizer should be used two to four weeks after the seeds have been planted. An organic fertilizer, like liquid kelp or fish emulsion, also works very well.

The soil mix dries out faster in a pot. The amount of water required is dependent on the size of the plant, how the cucumbers have been spaced, the temperature, humidity, sunlight and wind. 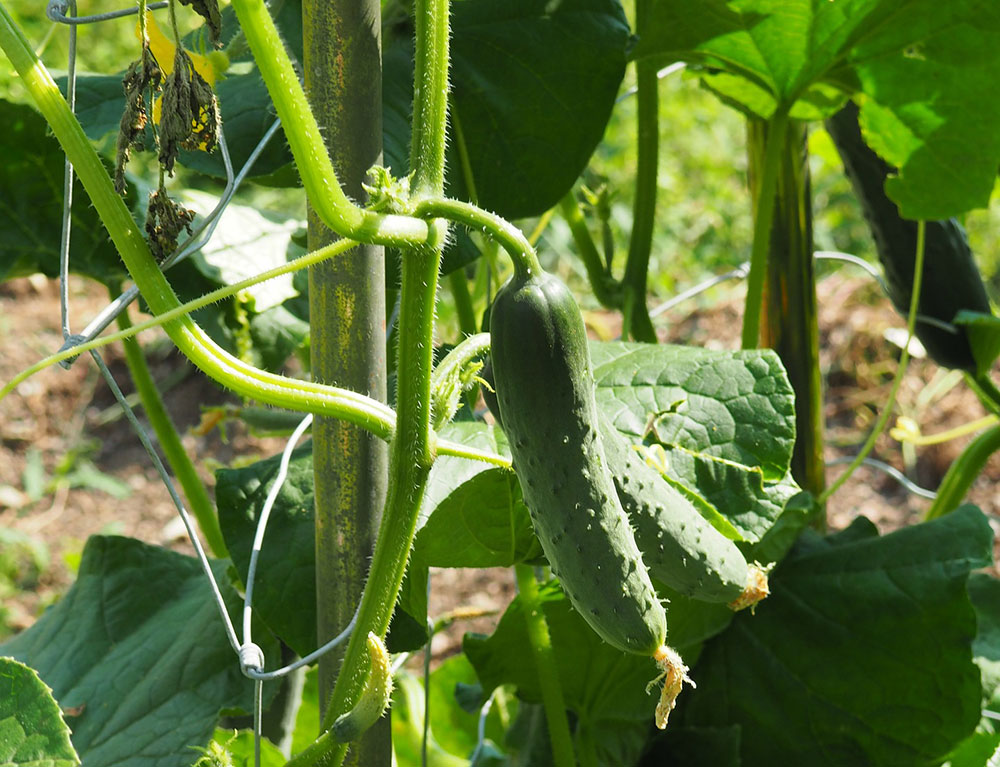 The soil should be checked daily by inserting a finger an inch or two into the soil. Do not water the cucumbers if the soil is already moist. If the soil is dry, water it evenly until the water starts running out of the bottom of the pot. Irrigation is best performed in the morning as opposed to the evening.

The most common cucumber pests are squash bugs, aphids, and cucumber beetles. All the mentioned bugs can be controlled by coating the entire plant in neem oil. Squash bugs can be picked off the leaves and thrown into a bowl of soapy water. This will help prevent many diseases.

You can also spray the top and bottom of the leaves with a hose and spray nozzle to get bugs off. If you do this, make sure the leaves dry prior to spraying them with neem oil. 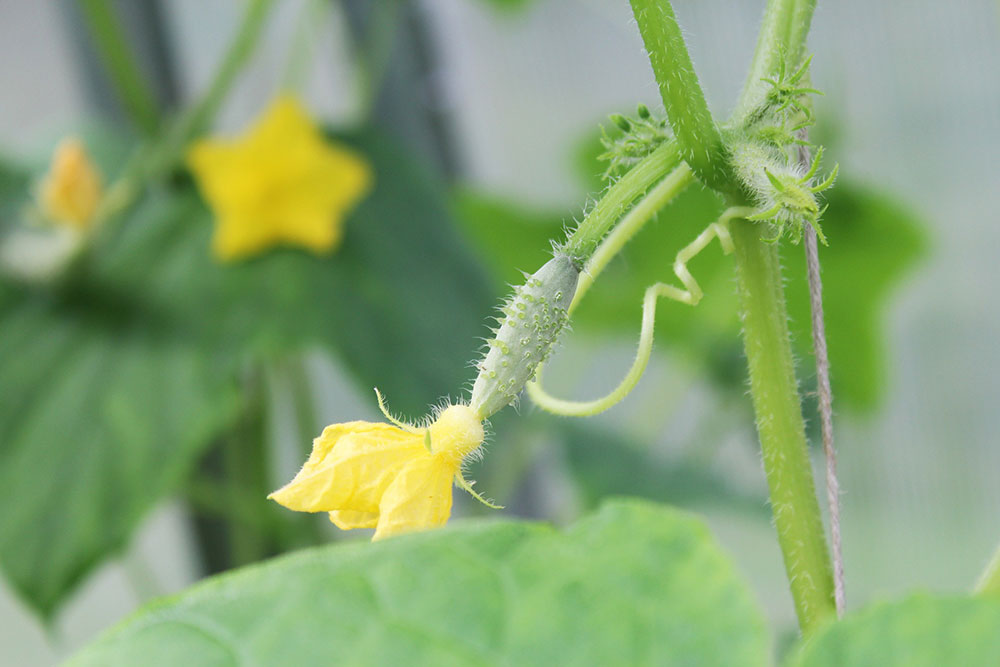 To thrive, cucumbers require a warm temperature, ideally between 70°F and 95°F. The cucumbers should not be planted in the pots until the temperature of the soil is a minimum of 70°F. This is generally about two weeks past the last frost.

Earth boxes and plastic black pots retain heat and will reach the required temperature faster. If the cucumbers are being planted in a cold climate, it may be necessary to use additional lighting to maintain the correct temperature. If any type of grow box is being used, the number of seedlings should be restricted to four for each box. 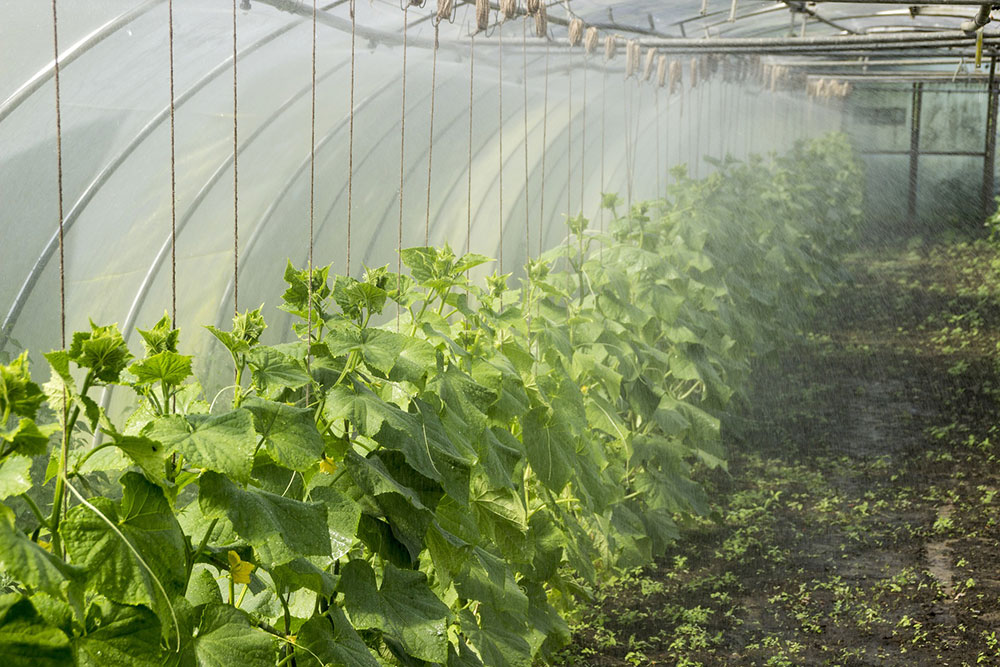 There are numerous reasons to trellis cucumbers. This will prevent them from sprawling in every direction all over the ground. When the plant is on the ground it can easily get dirty, stepped on, or eaten by hungry critters.

Not only does the trellis keep the cucumbers in order, it makes them easier to find when it is time to harvest. With the correct set-up, a trellis can provide the leaves with much more exposure to the sun. This is always good for the cucumbers. 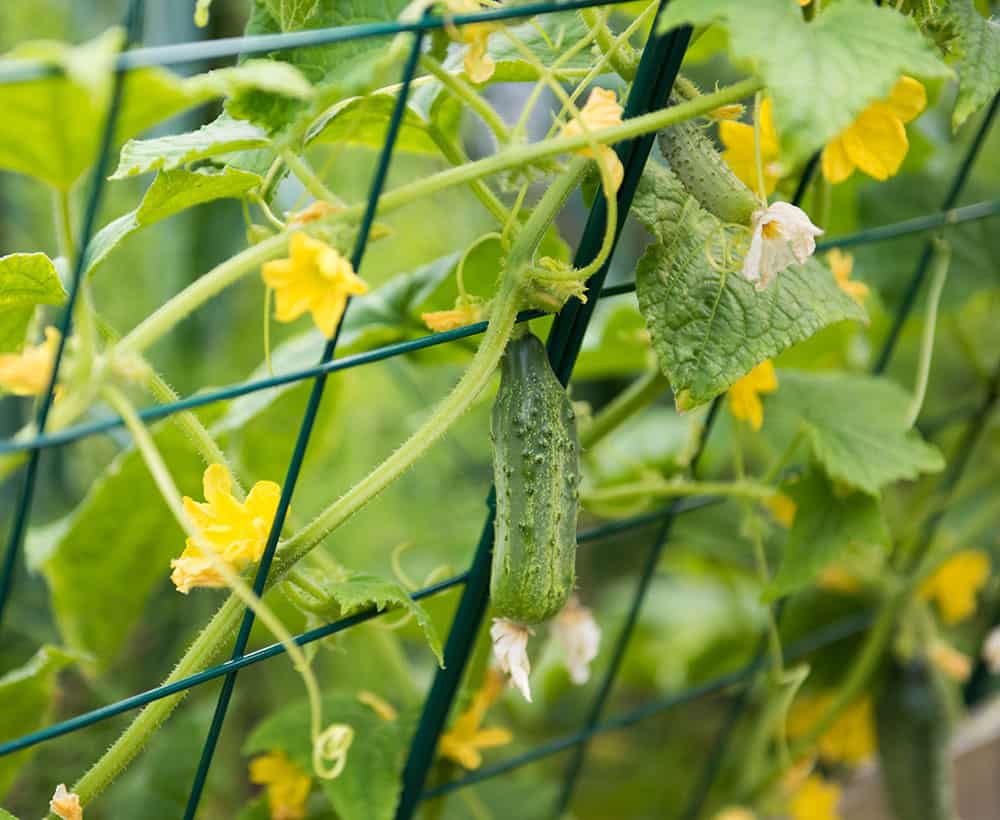 The trellis should be sturdy because it must bear the weight of the cucumbers and the vines. The pot or container should be placed in an area where it’s protected from the wind to ensure it will not blow over and damage the plants.

The Best Tips for Beginners

These tips will help ensure the cucumbers thrive: 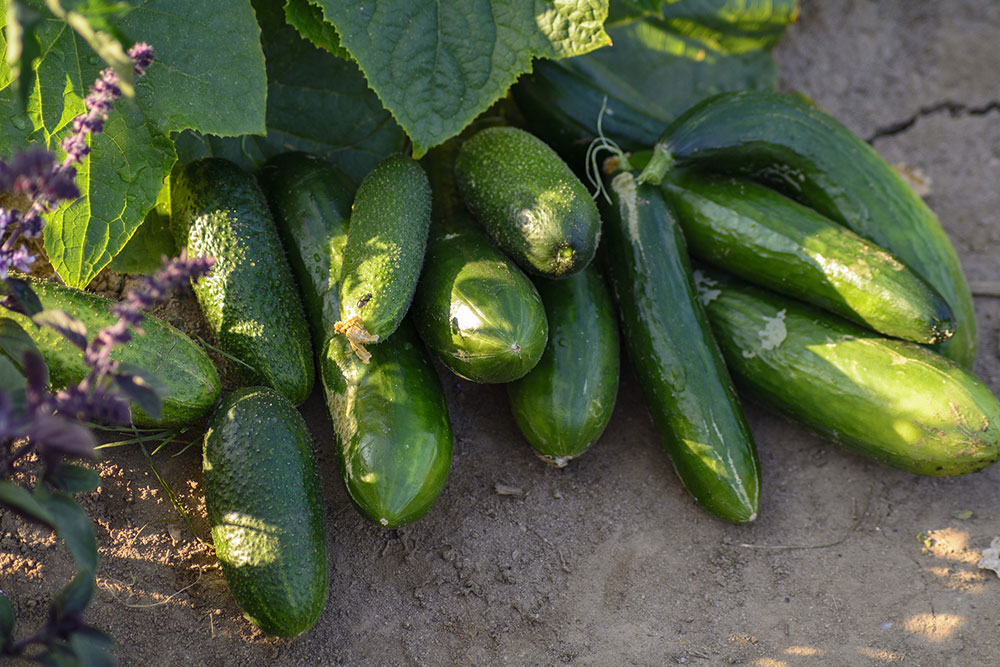 Cucumbers usually require twelve weeks from the time the seeds have been sowed before any fruit is ready to be harvested. The perfect time to pick cucumbers is during the morning because the day has not heated up yet.

A sharp knife, secateurs, or scissors are best for removing the cucumber from the plant. Unless the cucumbers are extremely large, only cut what will be eaten. This is because if the cucumber is not cut soon enough, it will become bitter.

Homegrown cucumbers should be ready to harvest through September. If a greenhouse is used, it will add another month to the growing season. Every time a cucumber is picked, additional cucumbers are encouraged to grow. The cucumbers can be stored in a refrigerator for about ten days. To ensure the moisture is sealed in, they should be stored in an air-tight bag or wrapped in cling film. 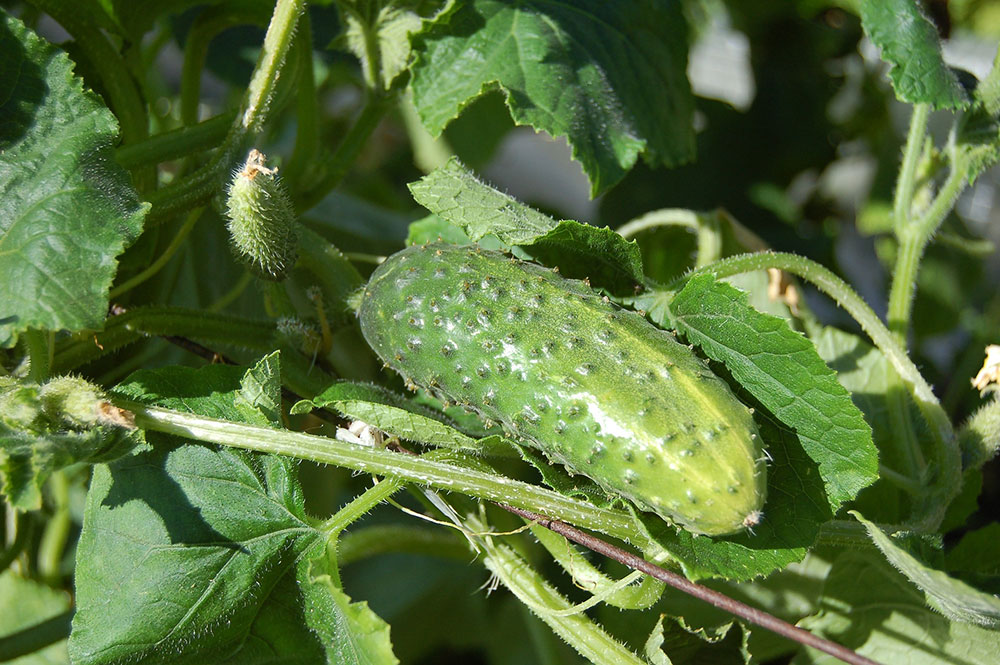 The Best Varieties of Cucumbers

Vining and bush are the two main cucumber variations. The bush cucumbers are usually more compact, shorter, and produce a smaller yield. When the bush varieties are planted in succession approximately every two to four weeks, it will extend the season and help increase the harvest. Bush cucumber plants are great for small gardening areas, such as those in an assisted living community or urban setting.

Prior to planting, it’s important to know how many days the specific variety will require before being ready for the harvest. The Diva does not require pollination because it is parthenocarpic. This is a delicious variety, produces extremely well, is resistant to disease and cucumber beetles are not attracted to the foliage. This type of plant will mature in 58 days. 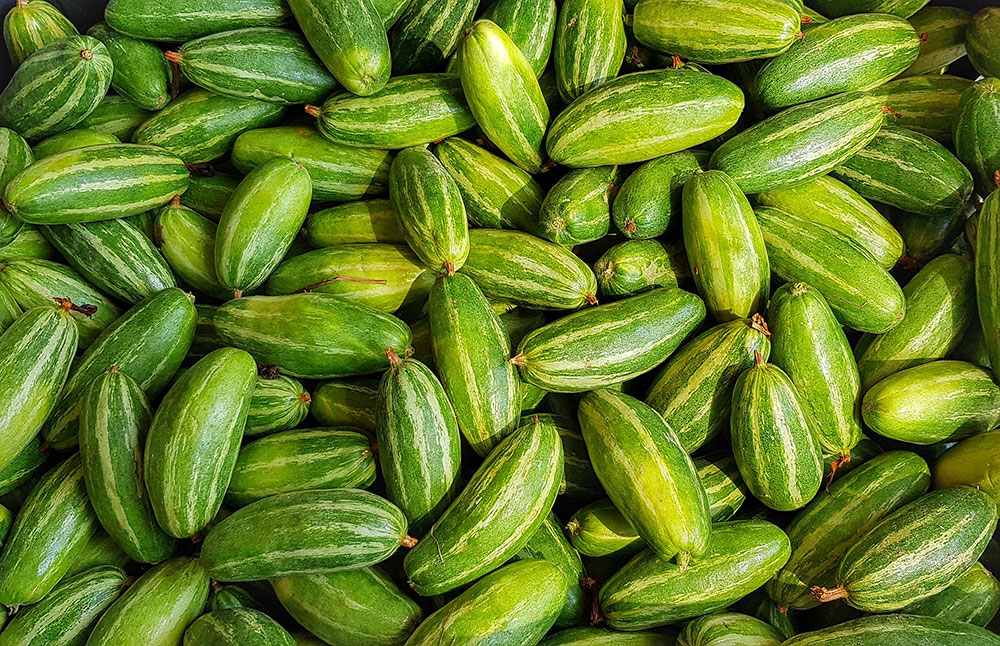 The lemon cucumber is yellow, small, round, and sweet. This is excellent for pickling or eating. This variety requires 65 days to mature.

The Northern pickling is sweet, small, and grows on very short vines. They have a shorter maturity at 48 days, so they’re excellent for planting later in the season.