Nearly 40 years ago, John Anderson of Whitefish, Montana bought an authentic, early 1900s-era homesteader cabin at an auction for $150. He placed in on his property – 10 wooded acres overlooking Whitefish Lake – and worked over the next few years to add a loft, redo the roof, and reconstruct the foundation.

When work required John to relocate to a different state, the cabin ended up sitting for years without further upgrades. John would visit the cabin a couple of times a year to check on it, but it wasn’t until another work relocation brought him back to the area that he revisited his efforts to make the cabin livable. 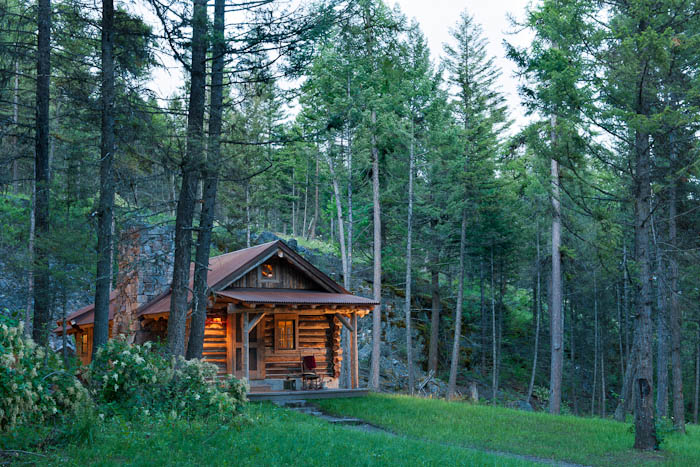 He got in touch with architect Scott Elden at Montana Creative Architecture and Design in Whitefish for assistance with the remodel. They began sketching out ideas.

The initial plan was to use the original cabin – 700 square feet – as the living room and add on extra bedrooms, a kitchen, and even another floor. But after mulling over several different layout sketches, they decided the best way to restore the cabin was to keep it as close to original as possible. 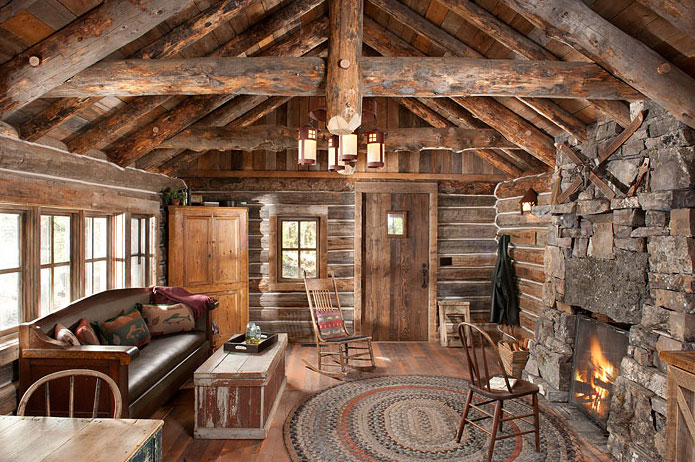 John, Scott, and a handful of other local artisans began restoration work on the cabin. They added an authentic roof and porch, finished the floors and walls, finished the ceiling, and furnished the cabin in traditional 1900’s fashion. All of the tradesmen who worked on the cabin became enchanted with the project and with John’s vision – 40 years in the making. 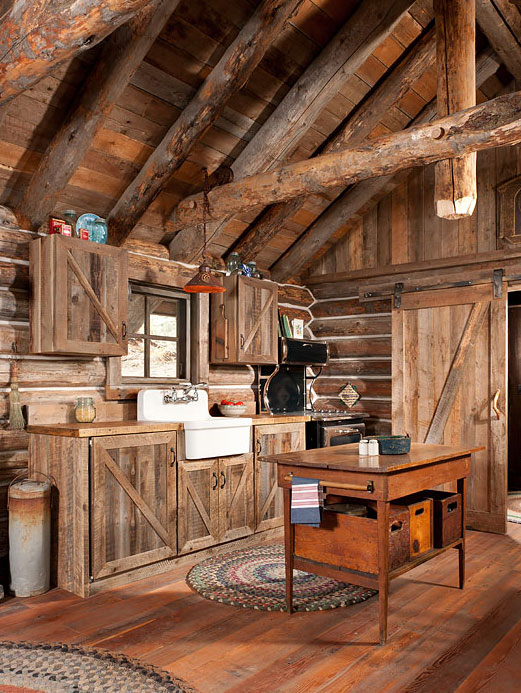 They built a small addition off the back of the cabin for sleeping quarters and a bathroom. The addition is built out of wood reclaimed from a barn on a neighboring property. Even the wood-handled barn door entrance to the addition provides a taste of the 1900s. 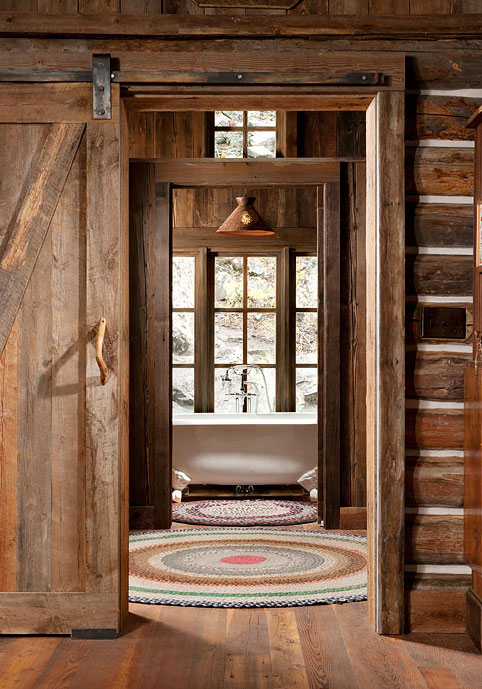 The cabin is full of gorgeous detail, from the wood floor and cabinetry to the punched tin light fixtures and the hand-chiseled stone fireplace. Throw in the surrounding Montana wilderness and it doesn’t get much better than that. 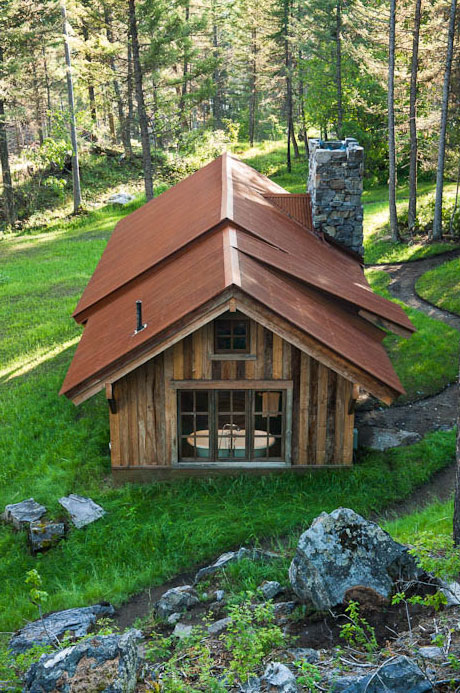 Every time I walk into the cabin, I say, ‘Wow, that’s beautiful. Is that really mine?’

See the original story and images at Houzz.