For years now those who are looking to capture wind energy have mainly focused on large windmills, or attempting to perfect a vertical axis wind turbine, and we have seen an increase in efficiency and power output as a result. Each system has its drawbacks of course, such as size, noise, and impact on wildlife, especially birds, where the more traditional windmill style is concerned.

Meanwhile the vertical axis systems tend to be less efficient, but they are quieter, take up much less space, and have next to no negative impact on wildlife. Now there is another unique approach to capturing the power of the wind that is bit of the best of both worlds that promises silent, rotor-less power, in an overall smaller package. 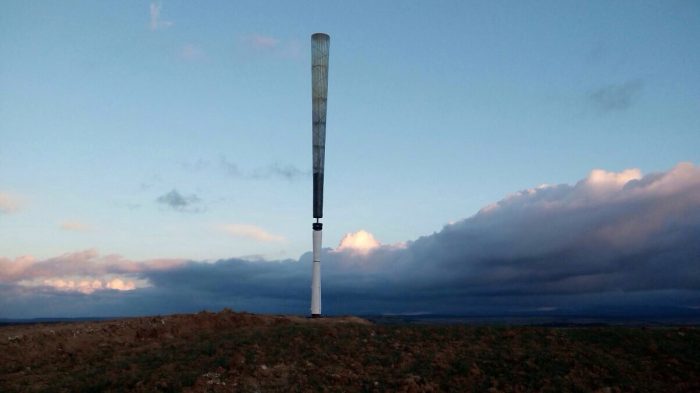 The Vortex bladeless wind turbine is a unique design that uses aerodynamics and vorticity to generate power from the wind. The idea is that when the wind interacts with the bladeless system, it creates a vortex-like motion that can then be used to generate clean energy with none of the noise of any of the current turbines that require blades to capture the power of the wind.

The makers claim that their system should cost about 40% less than the standard large windmill style that is so common in much of the world’s wind farms.

While time will tell if this system lives up to the early promises being made by its inventors, it is interesting to watch as people look for new and innovative ways to generate clean energy with systems that could be a benefit to those choosing to live off the grid.