Dr. Willem Van Cotthem experimented with this vertical gardening system using recycled plastic bottles stacked and attached to a fence. He began with the 2011 growing season and continued through 2012 with great success.

This type of garden is cheap to start and is extremely efficient for those who do not have much growing space. A system like this could be built along a fence, wall, or on a balcony. 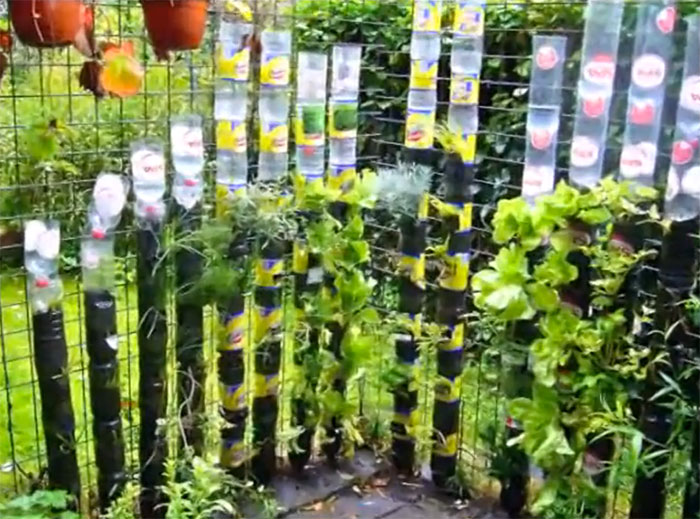 In Van Cotthem’s system, the height of the different towers vary and can be 4, 5, or 6 bottles. The bottles have their bottoms cut off so they can be filled with dirt and stacked vertically and secured along a fence.

The top bottle is a “filling bottle” that is used to water each stack. Seedlings are planted in small holes cut out of the front of each bottle. 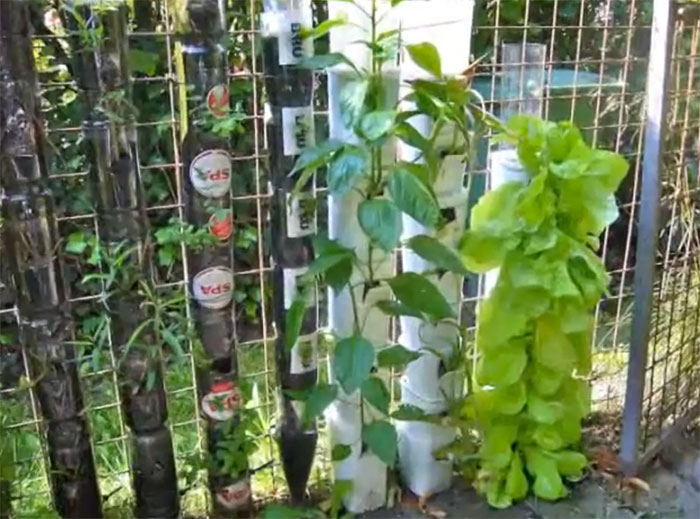 Using this method, many towers can be installed in a small space. Smaller plants are grown in the bottles and larger plants, such as tomatoes and peppers, are planted in a similar fashion in slightly larger stacked pots.

In the image below, the seedlings were just three weeks old and already showing great progress.

This garden remained productive through the 2011 growing season. After the plants were harvested, the roots were left in the bottles to serve as compost for the 2012 growing season. 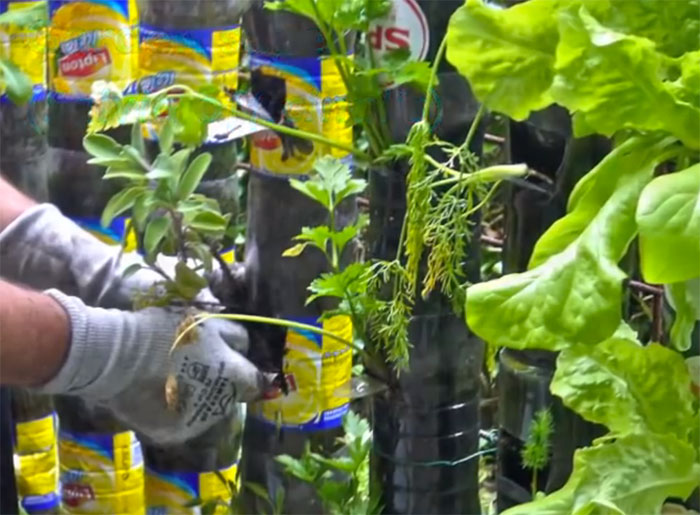 For 2012, the same set of bottles and substrate was used and a huge variety of vegetable and herb species were planted. The only change made was to the filling bottles, which were placed higher above the stacks and filled with a layer of sand to filter the water. Their caps were perforated with a small hole to create drip irrigation. The results showed that this was a remarkably productive kitchen garden in a very small space. 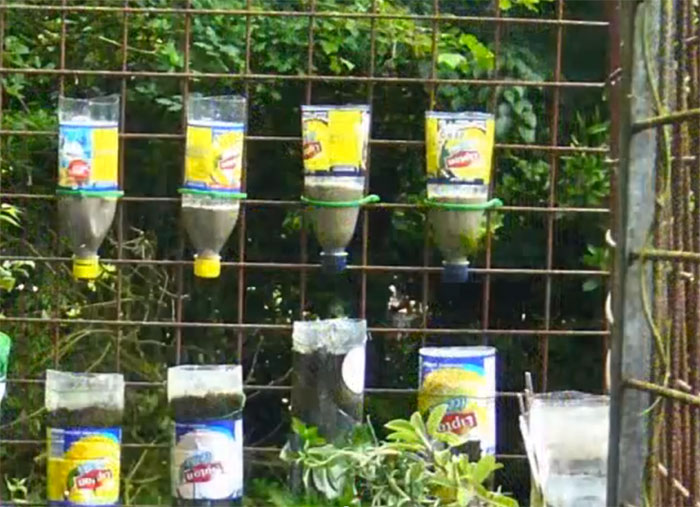 A simple and cheap, but very efficient and sustainable gardening method to grow vegetables and herbs in small spaces at home year after year. 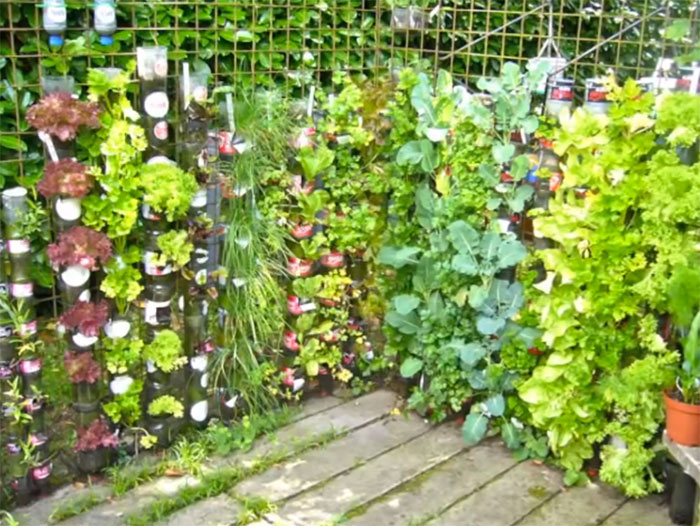