What is Farmbot? Farmbot is a revolutionary improvement on modern agriculture and will change the way food is grown forever. Yes, that is a huge statement to make, but Farmbot delivers something that’s never been possible before. Scalable efficiency in agriculture.

It solves multiple agricultural problems with one very simple platform. A platform that before was used in the manufacturing industry and has helped skyrocket all technology sectors. The CNC machine.

Now, not only can you manufacture products with one, you can grow produce! It uses the same automation technology that regular CNC machines use, except this one plants food, waters seeds, grows food, pulls (stomps out) weeds, and it can do it with solar power! 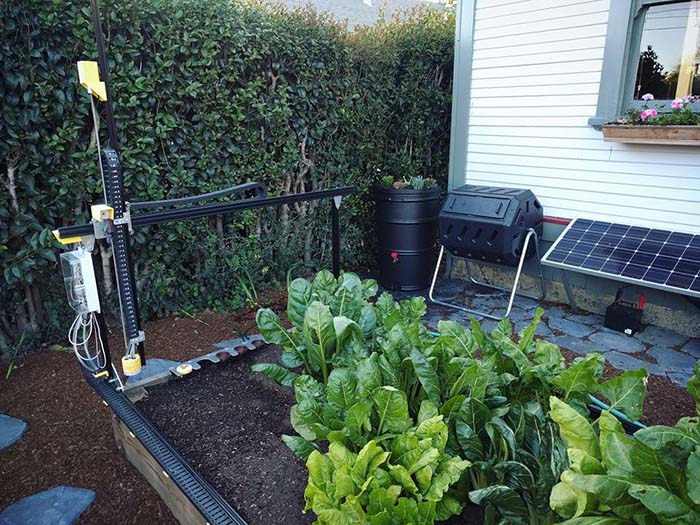 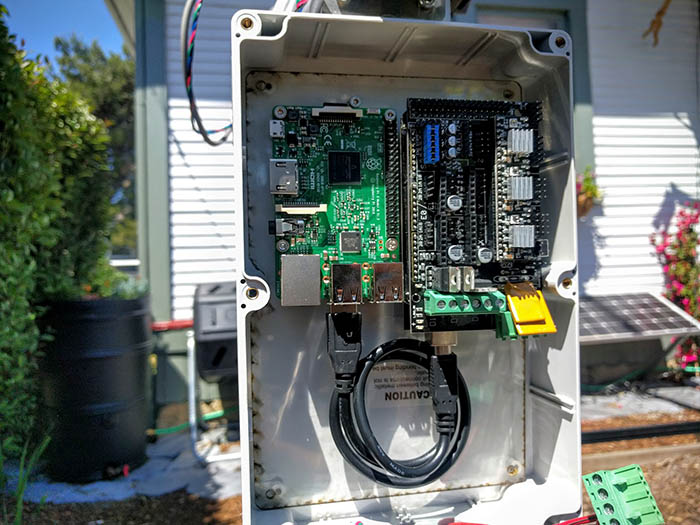 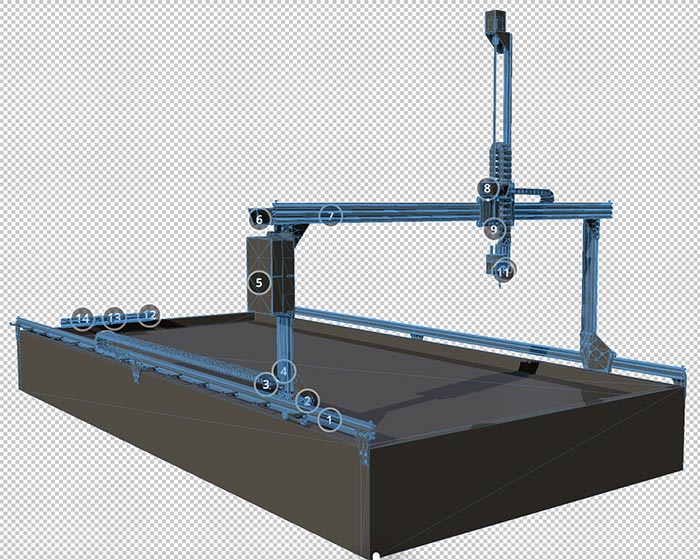 You can grow your own food more efficiently than ever now the Farmbot exists. It handles everything from starting seeds to planting, watering and even weed removal. It knows based on the type of crop you’re growing the proper water and light levels needed, and can even supply the light as well. It can be used indoors, in a greenhouse, or you can setup multiple Farmbots in your backyard to grow and harvest food for your whole block or neighborhood.

You can even control Farmbot with your phone, tablet, or laptop computer.

Scaled up you could grow massive amounts of food very inexpensively. Instead of monocropping on millions of acres of land with a single crop, thereby pulling valuable nutrients from the ground and causing all sorts of problems (hence crop rotation). You no longer have to worry about pesticides or crop rotation. Farmbot can handle it all, even on a large scale. Automating our food system is the only way to keep up with the demand placed on our food supply. Scaling it up ensures everyone has the food they need to feed themselves and their families.

The best part about Farmbot is it’s OPEN SOURCE, meaning the entire system plans are free to use and build yourself. Or you can purchase a Farmbot direct from Farmbot.io.

It’s not often something like Farmbot comes along. There’s a lot of hype surrounding a lot of technology today, but Farmbot is the real deal. Farmbot will change agriculture forever. This is the evolution of modern agriculture, it is the future of agriculture. It’s our future as human beings. Billions of people on this planet need to eat, and to feed our ever growing population this tiny advancement in technology will provide a huge benefit to humankind.

The best part is it’s good for our environment, it doesn’t use pesticides or herbicides and harsh chemicals. It grows food in a sustainable renewable way that’s never been done before.

How cool is that?!