We have featured several types of aquaponics systems that all have the benefit of growing an abundance of food in a small space, with fish as the source of natural nutrients for the plants. With most of these systems, the fish are kept in closed, controlled aquariums or similar environments.

Adam Woodhams shows another very effective option for aquaponic growing by utilizing a backyard pond. In this case, the pond is a decorative koi pond that was already established on the property. Just about any size of pond can be used for this idea and it can contain either ornamental or edible fish. 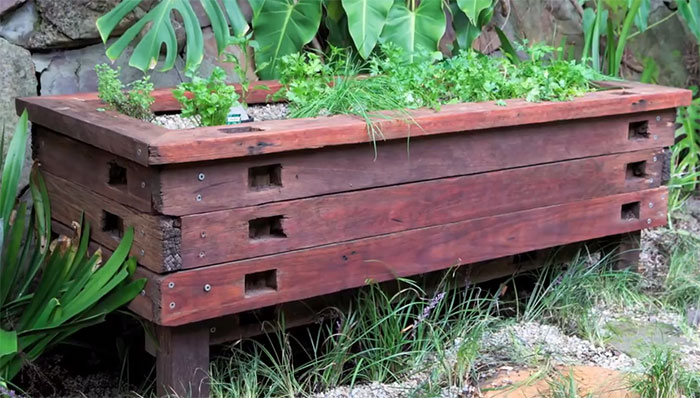 Since this project was done on a limited budget, mostly recycled materials were used. The grow bed was built out of old lumber that was sanded, stained, and pieced together to make a simple raised bed. A sub frame inside the main frame was built to support a solid wood base. 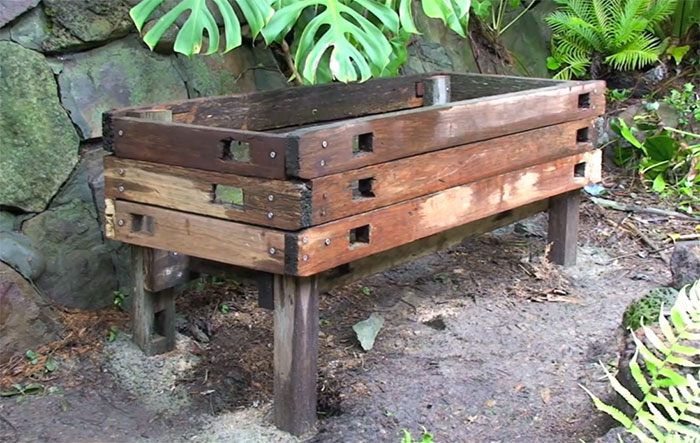 The plumbing for the system consists of a hole drilled down through the box that holds a tank flange surrounded by a bell siphon. Water is pumped up from the pond into the grow bed.

The siphon controls the water level, and as the bed fills, water is drained back down into the pond. The holes in the siphon allow water to be pumped through while keeping gravel out. 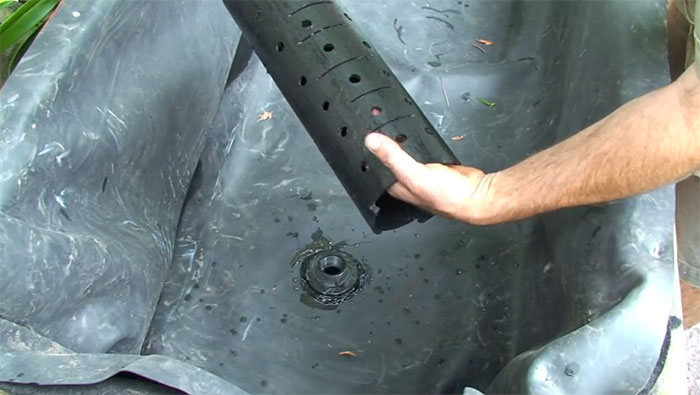 The siphon is supported by large river rocks at the bottom of the bed, then the whole bed is filled with pebbles. The plants are placed right into the pebbles after the soil is washed off the roots. 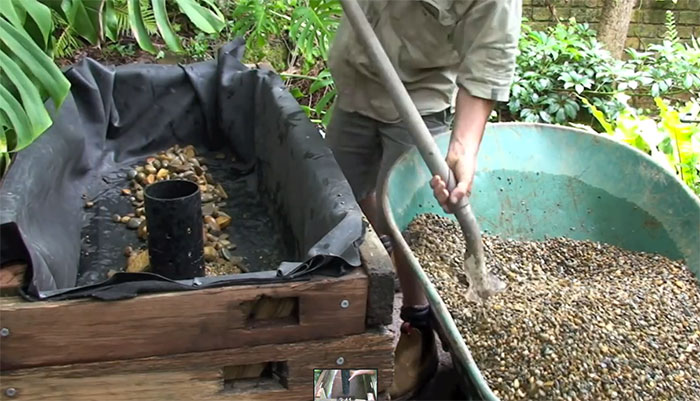 A variety of herbs are growing nicely in this system, though just about any kind of plant can be grown this way.

A little system like this is a wonderfully effective way to utilize the pond and create a small raised garden. Aquaponic systems, on average, use 10 times less water than other forms of gardening and they often result in 4 times the plant growth rate and production, so a fairly small grow bed like this one will grow much more food than a similar sized traditional planter. 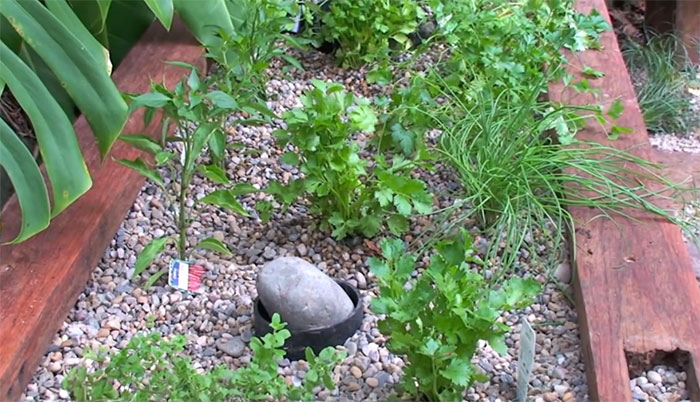