A Dutch company, The Archimedes, has looked to the past in order to improve the future of wind turbines. Their design, based on the math of Archimedes, is a smaller, lighter, and quieter turbine system that can easily be fitted to the roof of your home.

They say that the noise level is about equal to the sounds of the forest or that of rain, which means you wouldn’t likely notice it as it would blend into most of the other background noise around you. Up until now, noise from wind turbines has been a major drawback of trying to generate power via wind for residential and off-grid use. 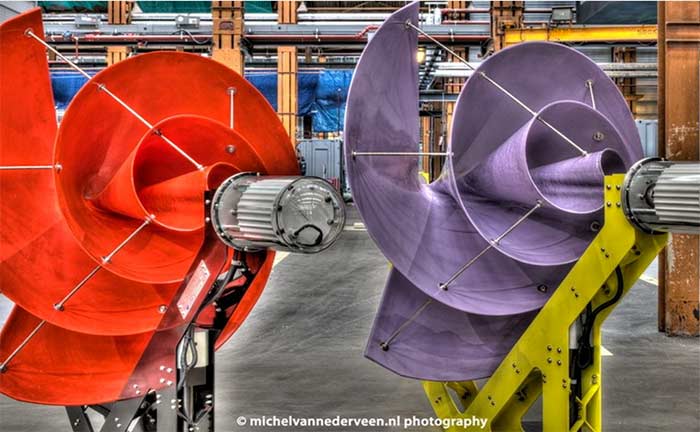 They can be fitted to your roof or other platforms to maximize potential, in a triangular pattern and they will not “steal” one another’s wind. The design itself, which is based on the nautilus shell, causes the turbines to point the right direction in order to utilize the available wind.

Because their system is relatively small, you can combine it with solar panels on another portion of your roof to generate power in multiple conditions, which would allow for a more steady flow of energy. The turbines themselves can produce up to 2,500kw annually on their own. It is up to you and your energy needs as to what type of setup to choose.

The turbines produced by The Archimedes are also up to 80% efficient, allowing them to work on several size systems that will be highly beneficial for various applications.