Voltaic Systems makes a variety of portable solar gear, from solar laptop and cell phone charging units to systems that can attach to vehicles. Recently they have started working towards launching two new backpacks that are capable of charging via integrated solar panels, that can, in turn, store power to charge laptops, cell phones, DSLR cameras, and even drones, which continue to grow in popularity in a variety of applications that are moving well beyond simple hobbyist interests.

The solar panels on the new backpacks are lightweight, waterproof, and their built in battery system can be fully charged either by plugging it in for a few hours or while on the go via the solar panels in around 12 hours. 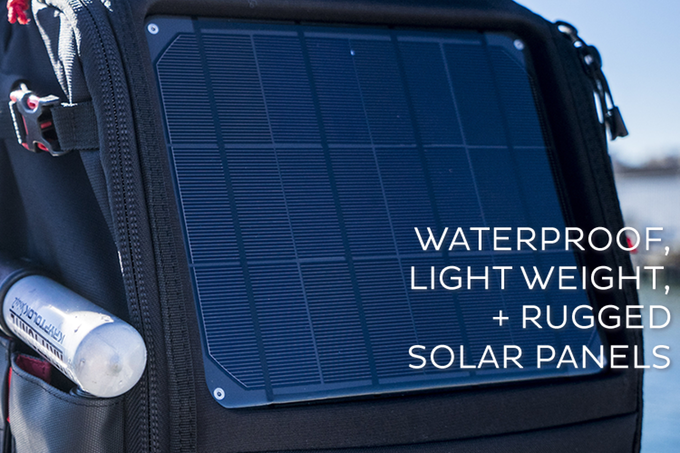 The packs are available in two models, the Array and the Off Grid. The Array is the more powerful of the new packs with up to 10 watts of power and is the only backpack that is able to charge a drone, while the Off Grid can charge cell phones, tablets, phones, DSLR’s and other devices with its 6 watts of power and external battery.

Both are currently raising funds via Kickstarter and have raised over $26k and offer early-bird discounts and other perks for those helping them to raise the capital needed to produce the packs.

This is not their first venture, however, so those who are worried that they will simply fold or go under can relax a bit knowing that they have been making similar products for a few years now.

These new backpacks would be great for a survival bag, as a camera bag for outdoor/wildlife photographers (or any photographer who may need the on-the-go charging capabilities), and even as part of your camping gear.