We’ve heard of compost being used to heat greenhouses, but how about using it to heat a home?

“Compost (/) is organic matter that has been decomposed and recycled as a fertilizer and soil amendment.” That’s how Wikipedia defines it.

We know that when biomass decomposes, a byproduct of that decomposition is heat.

The heat generated from compost (or decomposing biomass) can be enough to start fires. That’s why they say don’t get straw bales wet. Not only do strawbales breed microorganisms/mold (bacteria and fungi)  the microorganisms create heat through the decomposition process. This heat can be hot enough to ignite strawbales on fire. Many a barn has burned to the ground because of this.

Now… If you could capture that heat, it can be used for multiple purposes if stored and used efficiently. One such use is producing electricity through thermoelectric modules. 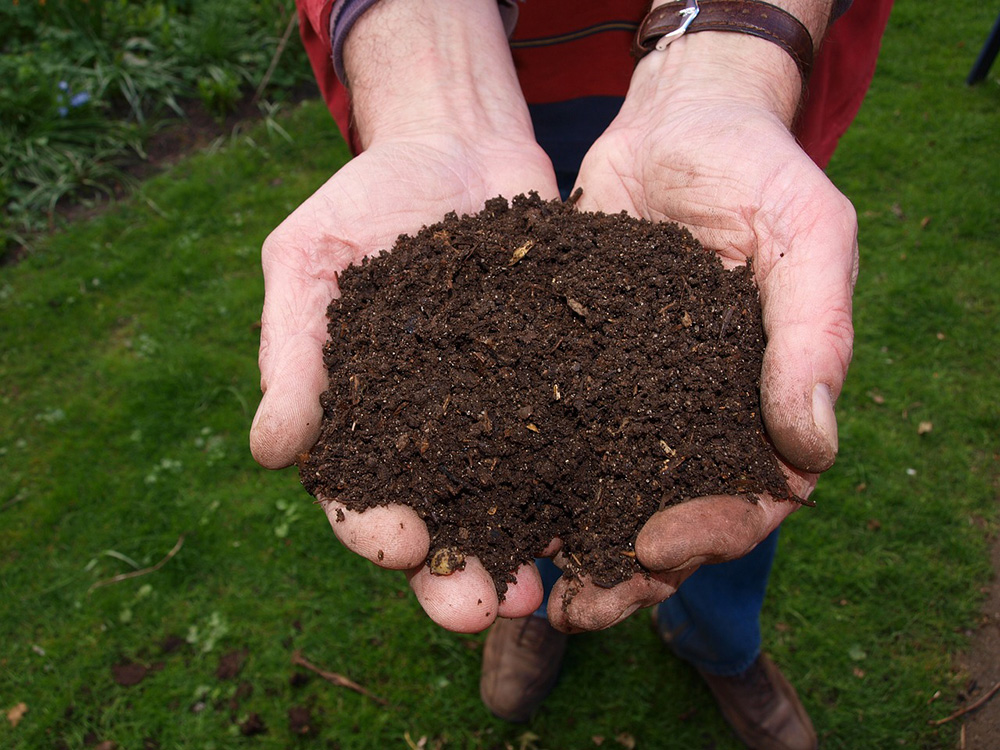 “…Can We Charge Batteries With Compost?

It had been found previously in lab replications that it is possible to charge batteries using the waste energy from a compost pile using thermoelectric modules. In this project, ways of improving the e±ciency of this process were explored. The use of a copper slab insulated with extruded polystyrene would transfer 86% § 2% from the
center of a pile, where it is the hottest, to the outside, where a charger would be. This is a signi¯cant percentage, but a larger percentage is desired because a large
temperature di®erence across the module means a larger power output. The power output of a module increases with increasing temperature, and at a
60 ±C§1 ±C temperature di®erence one undamaged module can produce 463 mW §6 mW at matched load. This amount of power is able to charge a battery slowly, but
more modules or a bigger module would be needed for faster charging…”

You can also heat your water with compost. The following diagram shows Jean Pain’s compost water heater. Jean Pain was a French innovator who was able to produce all of his energy needs with compost, including home and water heating. 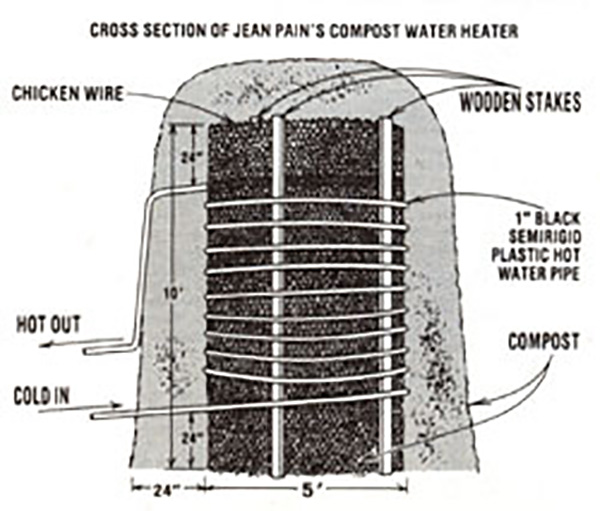 Technically this is a very simple design that just about anyone can build themselves. We know the compost produces heat as a byproduct of decomposition. As such, this is just one of a myriad of ways we can capture heat and use it to generate electricity and heat your home.

Heat is energy, and heat is what powers our military Aircraft Carriers. They use nuclear reactors to power the ships, but it’s only to produce heat. Heat is used to generate electricity. Coal power plants also use heat to produce electricity.

Compost is MUCH cleaner than coal power and doesn’t pollute the atmosphere. Compost is also much safer than nuclear energy. If you have a nuclear meltdown or spill nuclear waste, what happens. It poisons everything.

If you have a compost spill, guess what happens?