A couple in the Pacific Northwest have built an off grid cabin, which isn’t all that unusual, but what is unusual was that they estimate they only spent around $300 on it by using reclaimed materials they had from a demolition project and what they could scrounge up from the internet.

Alyssa Craft and Jesse Stafford are currently planning and building a homestead for themselves, but in the meantime, they added the small cabin as an addition to a trailer they already had on the property.

The cabin uses a wood stove to heat not just the cabin but also the trailer, and in place of the reclaimed windows they found, they opted to use clear plastic roofing tiles because they better fit the look they were going for. The cabin is sturdy and well insulated so it can be a nice and warm 68 degrees in the dead of winter. 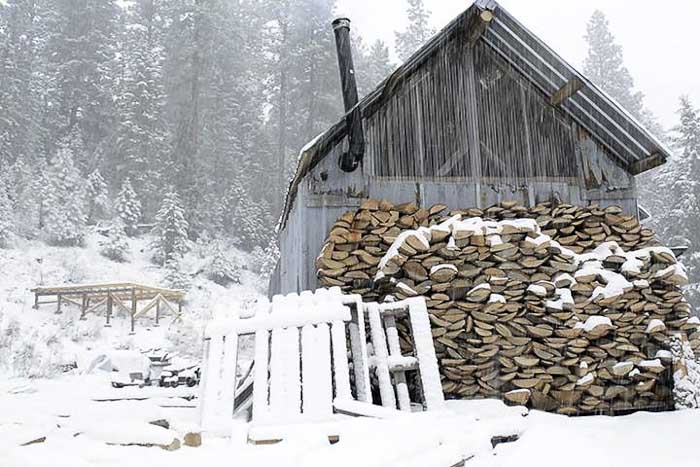 This is just one of the first steps in their greater plan at sustainable, net-zero living. They are planning a larger homestead, a well, a septic system, and solar power for the future and they also are planning to grow all their own food.

They are hoping to be able to live without the need for money as they progress. There is also a wood-fired hot tub, which will be a great way for the couple to relax and unwind while they enjoy the views in the Pacific Northwest.

While going off grid can be expensive, Alyssa and Jesse showcase what can be done on a much smaller budget if you utilize reclaimed materials and take advantage of free and/or cheap materials widely available on various websites and Facebook groups and while the larger projects will cost more, they have proven that you can at least get started for a lot less than you may expect.