This little ingenious device isn’t going to power your home just yet, but it is a proof of concept, and it works. The mirrors reflect the Sun’s energy onto the central area which heats up causing expansion and as the air cools it contracts. This 3d printed concept was created by German aeronautical engineer Andreas Haeuser. 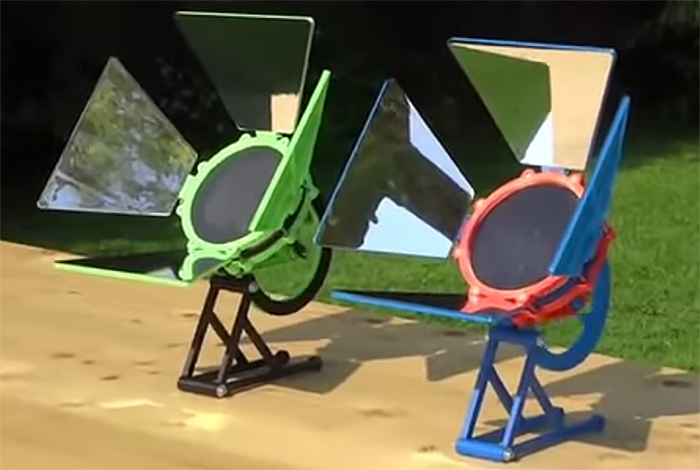 This process repeats and causes the engine’s piston to move. This in turn (on a much large scale) can turn an electric generator. This means that during the day -on a clear day- it has the ability to convert sunlight energy directly to electrical energy.

Now, the biggest innovation here is the fact that parts for this 3d printed engine is that it’s able to be manufactured rather inexpensively. It’s a simple design, but one that most probably is scalable with a larger 3D printer, or perhaps a 3D printer that prints with metal. (Yes they do exist!) 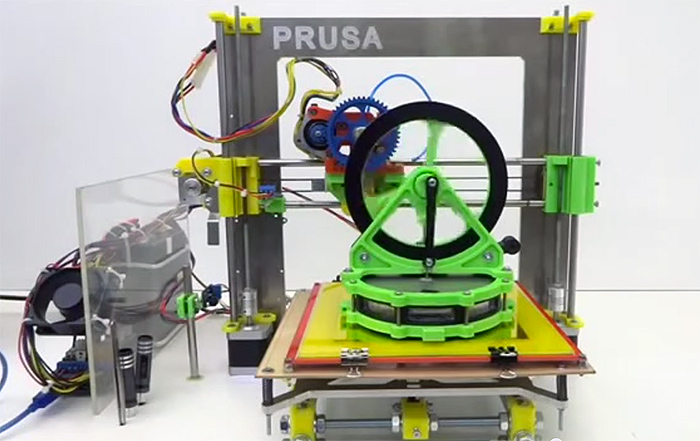 How a Stirling Engine Works

A Stirling engine is a heat engine that operates by cyclic compression and expansion of air or other gas (the working fluid) at different temperatures, such that there is a net conversion of heat energy to mechanical work.[1][2] More specifically, the Stirling engine is a closed-cycle regenerative heat engine with a permanently gaseous working fluid. Closed-cycle, in this context, means a thermodynamic system in which the working fluid is permanently contained within the system, and regenerative describes the use of a specific type of internal heat exchanger and thermal store, known as the regenerator. The inclusion of a regenerator differentiates the Stirling engine from other closed cycle hot air engines. ~Wikipedia – Stirling Engine

There are two main types of Stirling engines, Alpha and Beta. They both work with the same hot/cold transfer of energy.

The 3D-printed solar-powered Stirling engine is one of the coolest high-tech toys we can add to our arsenal of off grid technology.

Now, scale it up. Who knows, maybe you could even run your home on it.