16-year-old Austin Hay built this tiny house for only $12,000! This should be an inspiration to us all.  What started as a high school research project has turned into a tiny house building project that has inspired countless people.  Austin always wanted to build a treehouse, but opted to build a tiny house instead – something “way cooler”, on wheels, that could be moved around. 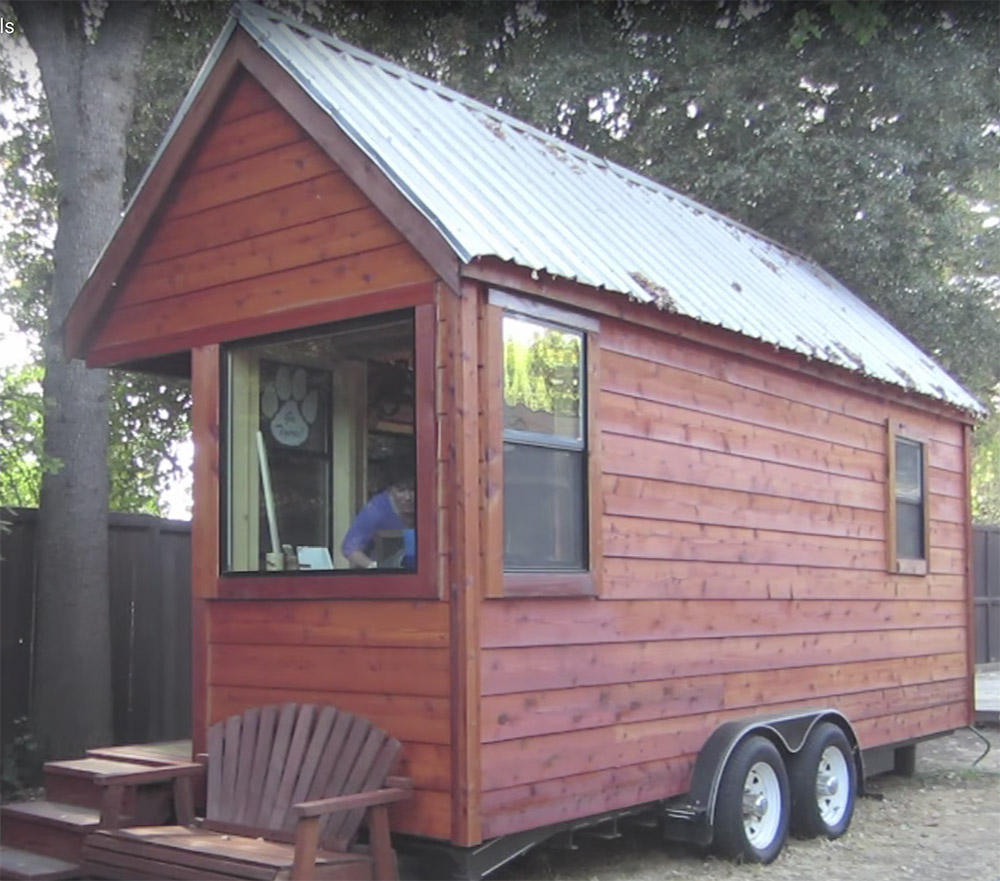 Below is a follow-up video of the finished tiny house.

If this doesn’t give you the confidence to build a tiny house, nothing will! Take the time, and put in the effort, and you’ll be rewarded sweetly with a tiny home of your own.

Austin Hay is still in high school, but he’s building his own house. It’s only 130 square feet, but it makes him a homeowner without a mortgage at just 16 years old. Right now, it’s parked in his parents’ backyard, but he’s built it on wheels so he plans to take it to college and then wherever he goes after he graduates.

He’s been sleeping in his tiny home for a few months now and he’s already decided not to return to big (his parents’ home is 1800 square feet). “Living small means less bills, living big means more bills,” he explained from the tiny stoop of his new home. “I don’t want to pay big bills”.

Hay’s 130-square-foot home may make him the youngest member of the growing Small House Movement.

A follow-up video with Austin Hay with his finished home:
http://faircompanies.com/videos/view/teen-tiny-house-builder-austin-hay-finishes-dorm-on-wheels/

Off Grid Living: The Ultimate List of Off Grid Resources

Why Do I Think I Can Build a Tiny House? |

[…] If a 16-year old can do it, so can I.  (Side note:  for those wondering what I’m going to do with our living situation when Kiddo gets older, I think we’ll build him a tiny house right next to mine ) […]