Have you ever seen a cabin with a transparent roof? Neither had we until we came across this clever little cabin built by The Outsider on YouTube. This innovative tiny house is portable and built to be disassembled and reassembled with relative ease. Its roof is the most unique feature, perfect for passive heating in winter and stargazing year-round. 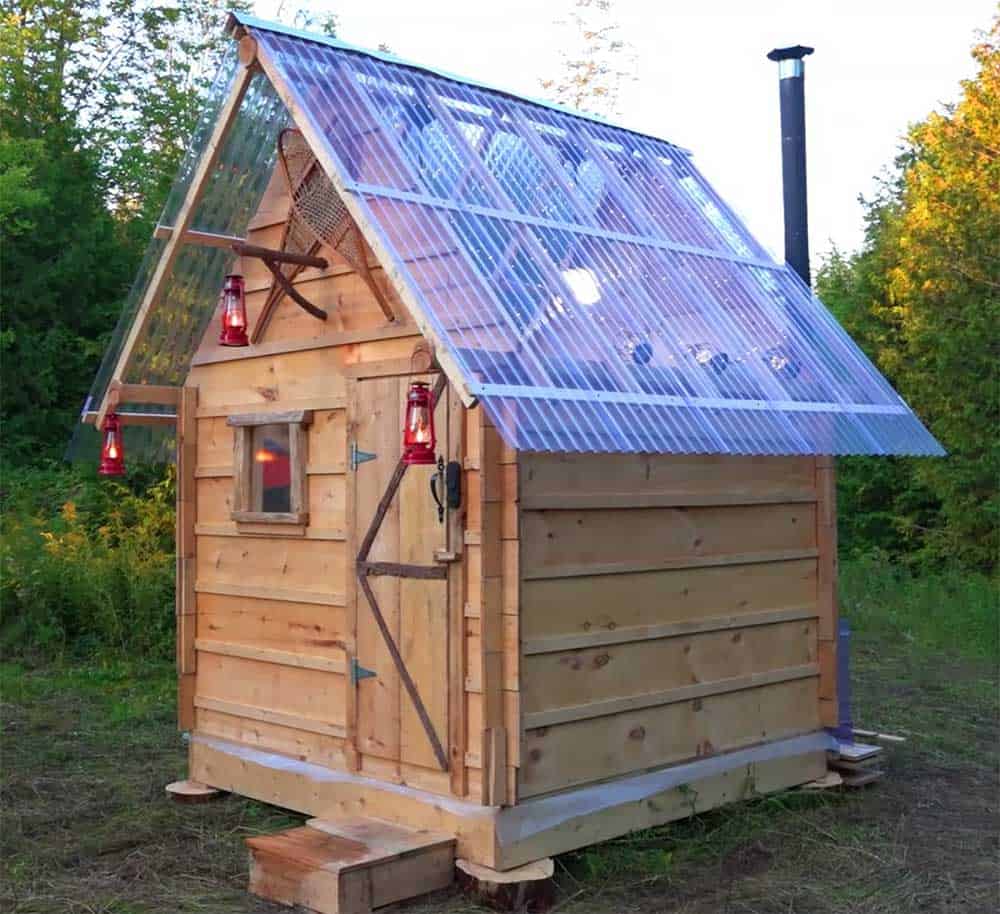 Images via The Outsider

This is such a fun idea, and also very practical. The Outsider and his dad challenged themselves to design a cabin that is easy to transport, easy to build, and inexpensive.

Their aim was to set the cabin up for the winter, then dismantle it in the spring and relocate it for the following winter as a place for his family of three to stay on the property while they built a larger cabin.

We have featured builds by The Outsider before – including this awesome off grid cabin built for under $500. His creations are always beautifully efficient and awesome inspiration for anyone wanting to build their own off grid cabin. 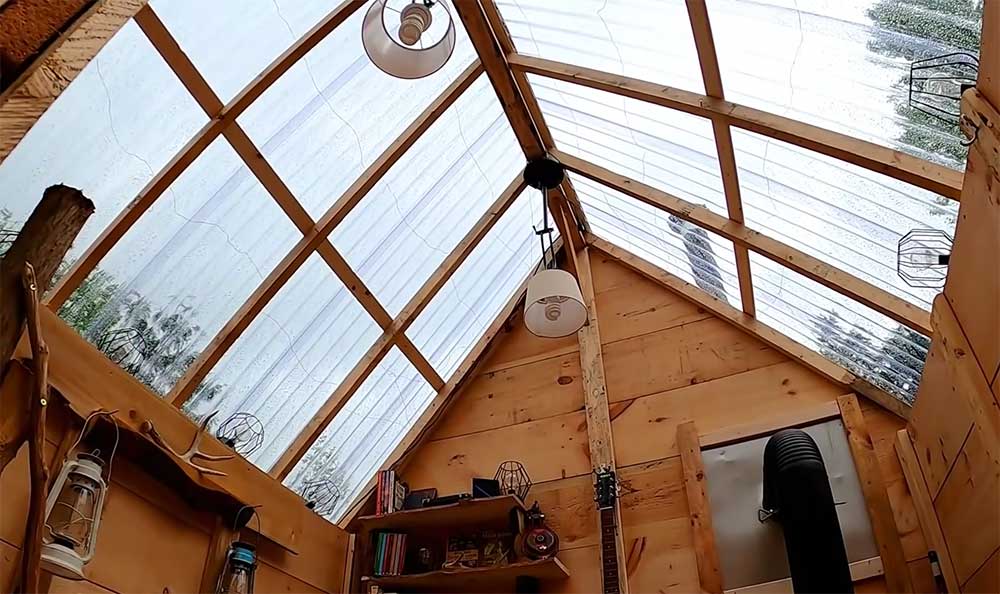 What stands out most about this cabin, of course, is the roof. Made with transparent PVC panels, it is intended to capture as much sun as possible during the day in winter for natural lighting and passive heating.

Once the sun goes down, it provides a beautiful view of the night sky. Add some fairy lights and you have a magical off grid getaway. 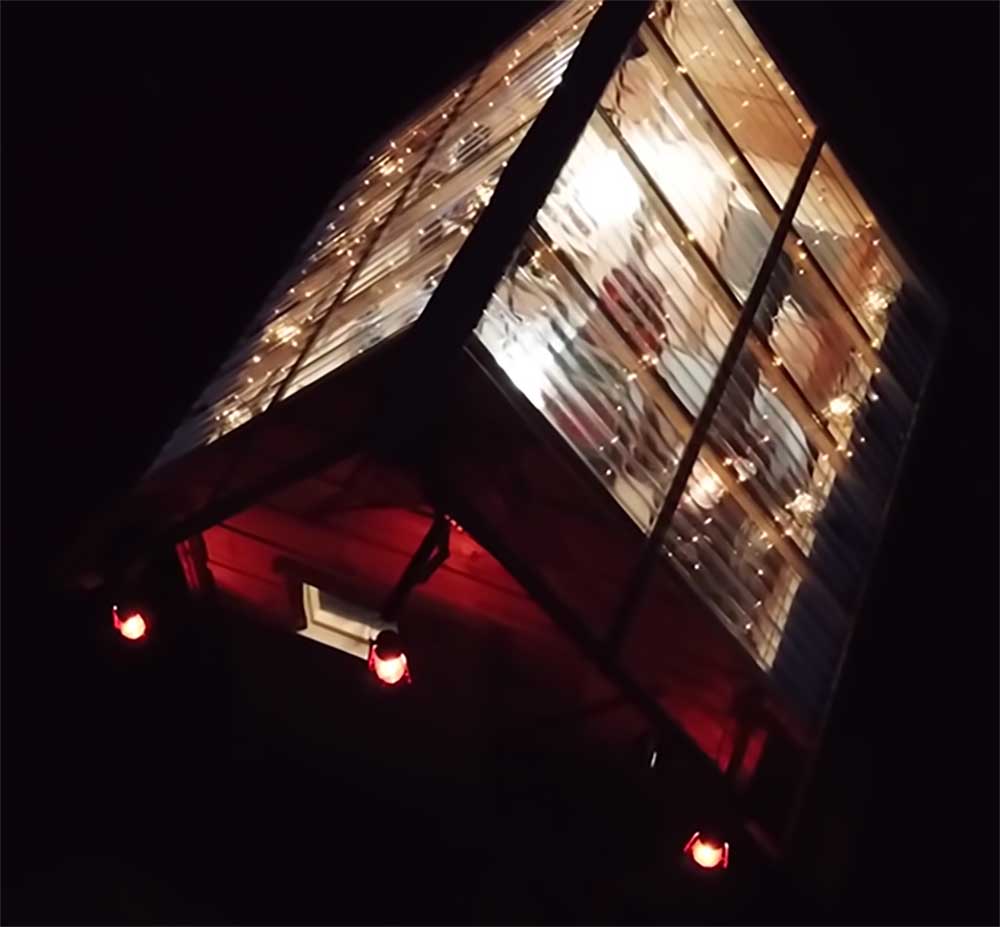 After construction, every piece of wood in this cabin was labeled to make reassembly easier once it was dismantled and moved. Like putting together a 3D puzzle, the pieces fit together in a simple but brilliant fashion.

The walls are first pieced together in a series of slats, then the vertical supports are screwed into place for structural integrity. The roof rafters and supports go up last, along with the roof panels. This process can be seen in the video at the end of this article. 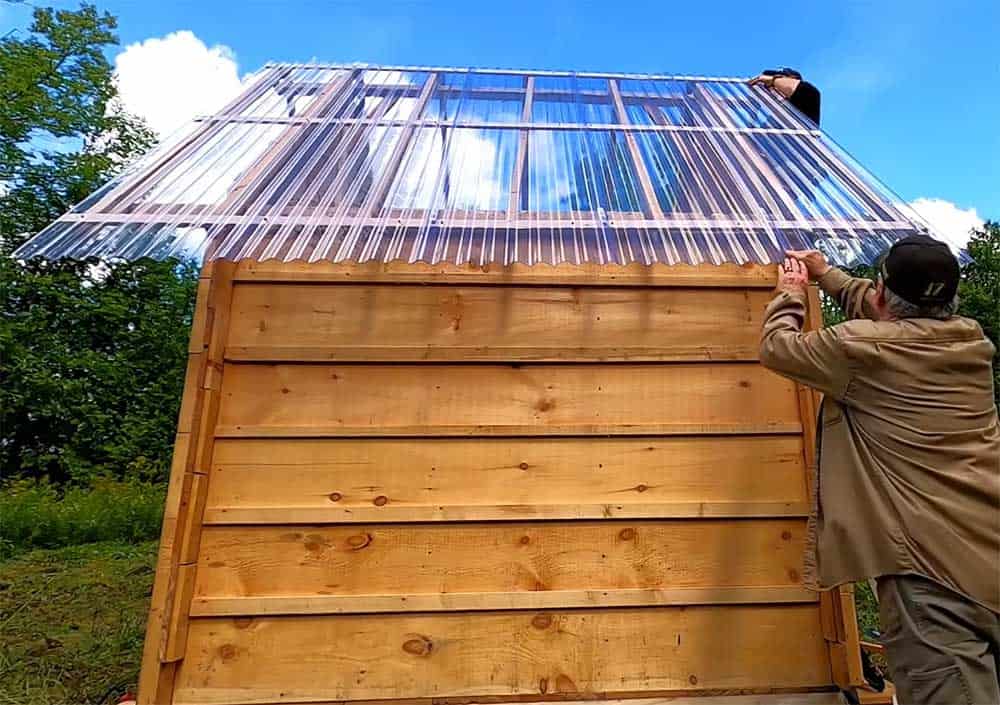 The PVC panels on this cabin are the same panels we used on the roof of our lean-to greenhouse. They’re great for passive heating and maximum sun exposure, but also create a beautiful space to enjoy rainstorms, snowstorms, and starry nights. 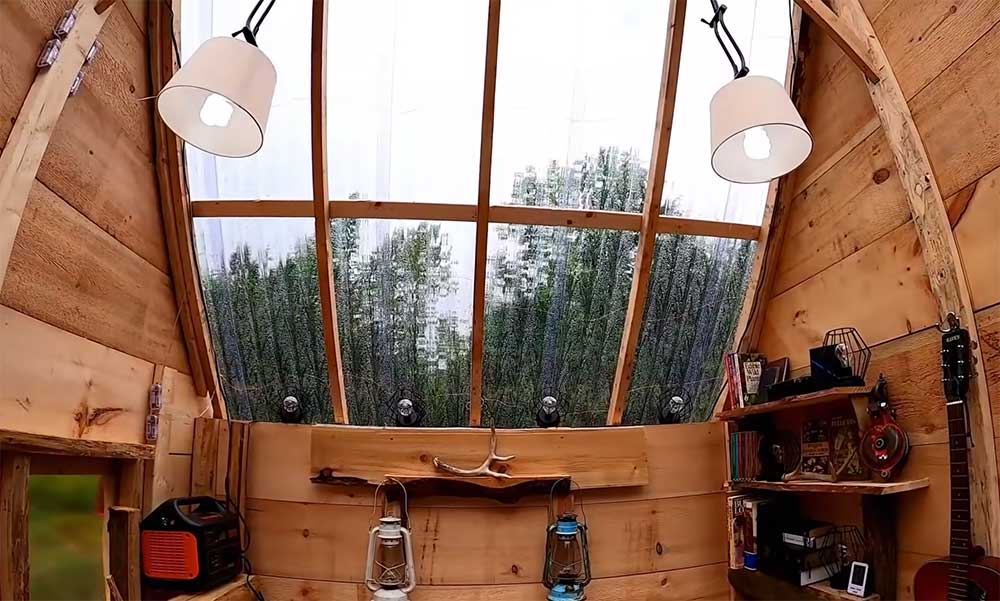 This type of roof might seem flimsy to the skeptical, but ours has survived several subzero South Dakota winters and several pretty serious summer hail storms. It handles the weight of piled-up snow, the wind, and temperature extremes. 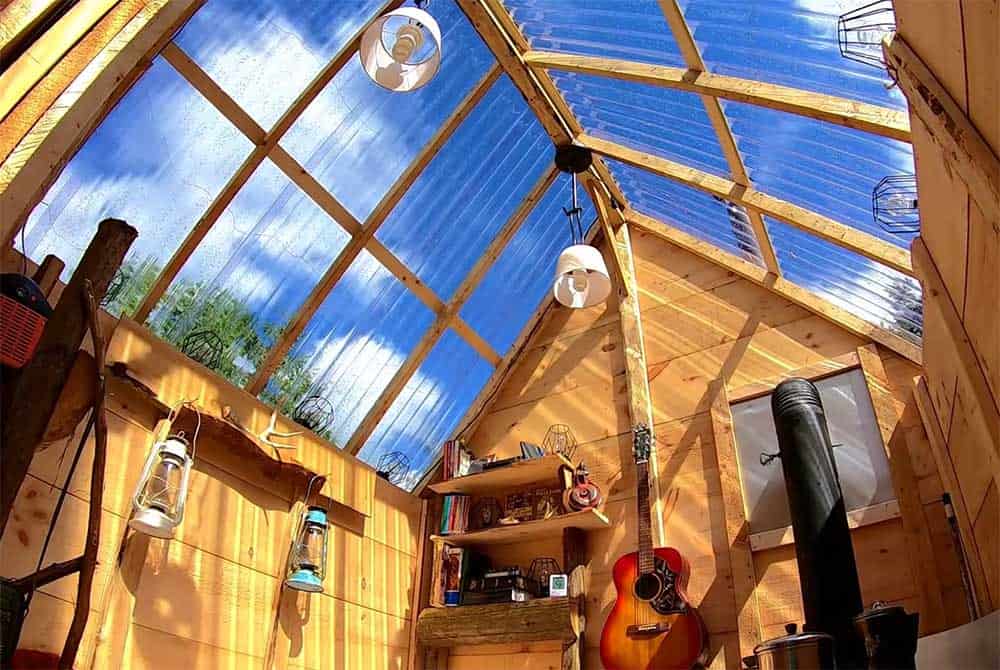 As mentioned in the video, this cabin’s greatest advantage can also be its greatest disadvantage in summer; the roof will trap a lot of heat.

This could be resolved by putting a shade screen on the roof in summer (as we sometimes have to do in our greenhouse) or by moving the cabin into the shade of trees during the sunniest months.

Also mentioned in the video is the terrible r-value of PVC panels. Don’t expect a cabin like this to stay warm all night in winter from heat captured during the day.

With a little wood stove for supplemental heat on cold nights, the cabin stays very warm.  There is also plenty of ventilation in the spaces where the roof panels meet the walls. A 1000-watt portable lithium power station runs the lights. 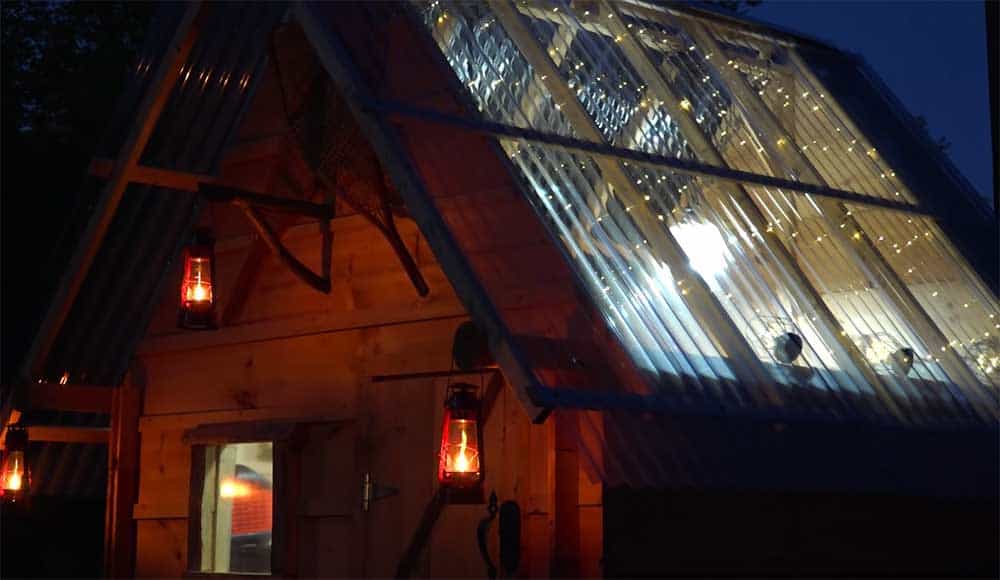 The Outsider now has plans for this pop-up cabin for sale if you want to build one for yourself. This concept would also make a really cool garden shed or playhouse for kids.

Watch this video to see the assembly process and plenty of shots of this beautiful cabin, including a full tour. 😉

Also be sure to check out The Outsider’s other videos as well for more off grid building inspiration!