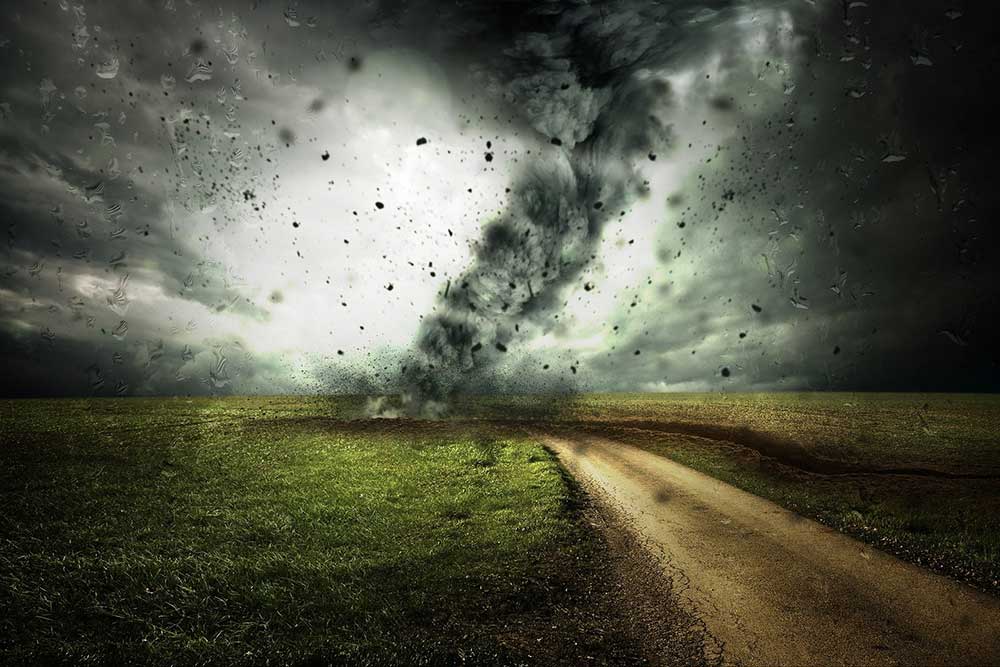 Scientists say there is a 95% chance that climate change (i.e. the increase in global temperatures, and major worldwide drought) is caused by the burning of fossil fuels which release millions of tons of CO2 into the atmosphere.

“…Scientists have high confidence that global temperatures will continue to rise for decades to come, largely due to greenhouse gasses produced by human activities…” ~ NASA Global Climate Change

“…The potential future effects of global climate change include more frequent wildfires, longer periods of drought in some regions and an increase in the number, duration and intensity of tropical storms…” ~ NASA Global Climate Change

“…(Reuters) – Scientists meet on Monday [Sept. 23, 2012] to prepare the strongest warning yet that climate change is man-made and will cause more heatwaves, droughts and floods this century unless governments take action…”

“…the burning of fossil fuels, are “extremely likely” – at least a 95 percent probability – to be the main cause of warming since the 1950s…” “

…The draft says temperatures could rise by up to 4.8 degrees Celsius (8.6 Fahrenheit) this century, but could be held to a rise of 0.3C (0.5F) with deep cuts in greenhouse gas emissions. ..” ~ Reuters

As the Earth warms, the snow caps, glaciers, and ice sheets (which help cool our planet and reflect sunlight) will continue to melt, the effect of this melting is accelerated because of the reflective “cooling” qualities of snow and ice. Ice reflects sunlight, so as more of the ice sheets melt less sun is reflected, thereby increasing temperatures and the rate at which the ice melts. It is a snowball effect but in reverse.

Watch this NASA video on global temperature change over the next century.

NASA | IPCC Projections of Temperature and Precipitation in the 21st Century

“…Published on Sep 27, 2013
New data visualizations from the NASA Center for Climate Simulation and NASA’s Scientific Visualization Studio show how climate models — those used in the new report from the United Nations’ Intergovernmental Panel on Climate Change (IPCC) — estimate how temperature and precipitation patterns could change throughout the 21st century…” ~ NASAexplorer

What Are The Effects of Global Warming (Climate Change)?

Climate events and weather changes that will occur as global temperatures continue to rise:

SOURCE: ClimateChange2013.org Unveiling the latest United Nations assessment of climate science, the experts cited a litany of changes that were already under way, warned that they were likely to accelerate and expressed virtual certainty that human activity is the main cause. ~ NYTimes.com 2013 Global Climate Change Report – PDF Download

The effects of climate change will hit our food supply and our wallets.

Warmer weather and less rain cause drought, and drought affects the level of food production on large and small farms alike. Crops, like all plants, need sunlight, water, and nutrients to survive. As temperatures rise, food production will continue to decline as drought affects farmers’ ability to grow crops. Less food is produced, higher farming costs and more people mean higher cost of the food we eat.

The fact is we rely on a system of food production and distribution whose foundation is based on the use of fossil fuels and petroleum products. From planting, growing, protecting, harvesting, distribution, and transport, our food system relies heavily on fossil fuels.

Petroleum is used in crop pesticides, and fossils fuels are burned in the farm equipment, tractors, combines, trucks, and machinery used to grow and process crops. Fossil fuels are burned in semi-trucks, ships, and planes to transport those crops to distribution and processing centers all over the world, and then more fossil fuel is burned and more CO2 is pumped into our atmosphere each day getting that food into local grocery stores which are hundreds if not thousands of miles away from the farms they’re produced on.

The more people there are, the more food is consumed, the more fossil fuels are burned for energy to produce, process and transport that food. As global temperature rises and the supply of fuel declines, the rise in food prices will follow.

“…Climate change will likely push food prices up 20 to 40 percent, regardless of cuts to future carbon emissions, new research in the journal Climatic Changeconcluded. Staple crops like rice, wheat, and grains — which make up the vast majority of global diets, especially for the poor — could see the biggest hits, with big costs for global economic welfare…” ~ ThinkProgress.org Food Prices Go Up

“… Future climate change is likely to modify regional water endowments and soil moisture. As a consequence, the distribution of harvested land will change, modifying production and international trade patterns. The results suggest that a partial analysis of the main factors through which climate change will affect agricultural productivity provide a false appreciation of the nature of changes likely to occur. Our results show that global food production, welfare and GDP fall in the two time periods and SRES scenarios. Higher food prices are expected….” Springer.com – Climate Change Impacts on Global Agriculture

Not only is the burning of fossil fuels to blame for climate change, if we don’t change how we do things, it will also cause regional famines, global food shortages, and rising food prices.

What does climate change mean for us?

Off The Grid & Out Of The System

Living off grid helps create a buffer -in my opinion- from the effects of global warming on the general population by helping to insulate ourselves from industrialized commercial food production, and remove our dependence on a housing and financial system that could collapse at any time without warning from the stresses of climate change on our resources.

We’ve had plenty of warning, haven’t we? Many people just don’t think a collapse could happen. But the fact is, this is how it is.

Climate change is a real danger to our very existence. The reality is it could happen IF we do not do something about it, and take steps to prepare and protect ourselves.

When there is less food, prices will rise. It’s simply the law of supply and demand. We all need to eat or we will die of starvation. This is why it’s so vitally important to take steps to ensure you and your family are taken care of in the event of a shortage of food, water, and other resources you need to survive.

Grow Your Own Food

You can start making a change by growing your own food. Start a backyard garden (or front yard). Research “high-density high yield” gardening, vertical farming and gardening, and learn how to build your own greenhouse. Learn more about aquaponics systems and how to grow veggies and fruit along with fish.

Urban farming is becoming ever more popular and people are finding creative ways to grow in small spaces and produce much more food than traditional farming methods.

If you can afford it, invest in a solar and/or wind power system with a battery backup/storage system. One that will provide you with a backup in case you need it. Start saving money for it now. Put aside $20/week if you can.

Purchase solar and wind power systems at wholesale. Talk to your neighbors and see if they want to pool their money with you so you can save money by buying in bulk at wholesale.

Getting off the grid saves you money long term, and in the event of a blackout, you’ll have power when your neighbors don’t. You’ll be more self-sufficient and will not have to rely on someone else for your electrical power.

Learn About Canning & Preserving Your Own Food

There are resources online which you can learn about preserving and canning your own food. PickYourOwn.org has a good resource page All About Canning that has some good information and links.

End Of The World?

This is not an end of the world scenario, and it’s not meant to frighten anyone, but rather merely to inform people who want to know that the system we rely on and depend upon for our food, housing, and water is NOT working, it’s broken, and it’s breaking our planet.

We can take steps to cover our collective asses and provide for our families, making sure we have enough food in a SHTF scenario, sure… but we need not panic, nor should we run off into the woods screaming at the top of our lungs “The sky is falling.”

We can start by simply preparing, and getting off the grid as soon as possible. If you’re already off the grid, you’re a step ahead, and in a better place than most folks.

Get off the grid. Become more self-reliant, and live a more sustainable lifestyle. Ultimately it’s a happier and more fulfilling way to live.

This will go a long way toward helping protect not only ourselves but our planet as well.

Wikipedia: “…Climate change is a significant and lasting change in the statistical distribution of weather patterns over periods ranging from decades to millions of years. It may be a change in average weather conditions, or in the distribution of weather around the average conditions (i.e., more or fewer extreme weather events). Climate change is caused by factors that include oceanic processes (such as oceanic circulation), biotic processes, variations insolar radiation received by Earth, plate tectonics and volcanic eruptions, and human-induced alterations of the natural world; these human-induced effects are currently causing global warming, and “climate change” is often used to describe human-specific impacts…”