This shelter is built directly from the land with bare hands and pure knowledge of primitive building skills. The best part is it’s built for free, and anyone can build it with simple primitive skills as demonstrated here by Primitive Technology on YouTube.

Not only does this young man build the shelter, but he also made the tools and equipment direct from the materials he found lying around. This is a great example of how to actually build something from scratch, from the land, without having to purchase tools or materials.

“I built this hut in the bush using naturally occurring materials and primitive tools. The hut is 2m wide and 2m long, the side walls are 1m high and the ridge line (highest point) is 2m high giving a roof angle of 45 degrees. A bed was built inside and it takes up a little less than half the hut. The tools used were a stone hand axe to chop wood, fire sticks to make fire, a digging stick for digging and clay pots to carry water. The materials used in the hut were wood for the frame, vine and lawyer cane for lashings and mud for daubing. Broad leaves were initially used as thatch which worked well for about four months before starting to rot. The roof was then covered with sheets of paper bark which proved to be a better roofing material. An external fireplace and chimney were also built to reduce smoke inside. The hut is a small yet comfortable shelter and provides room to store tools and materials out of the weather.”

Yes. It’s a basic shelter. However, it’s much much more than that. It’s an example of human ingenuity and skills we as a society are in danger of forgetting as the civilized world marches on into the future. As technology advances, we run the risk of losing this vital knowledge. Knowledge that we may need to fall back on to survive.

This shelter is called a wattle and daub hut. It uses natural materials, sticks, limbs and branches, mud, clay, and water to build up the walls. The branches form a basic weave-like structural base for the mud and clay to adhere to. The walls are then built up, layer by layer until they reach the roof. The shingles are made from tree bark.

Start with a rock, shape it into a makeshift axe, and start chopping down some trees to build the basic frame of your shelter.

Tie the structure together with vines or cordage. 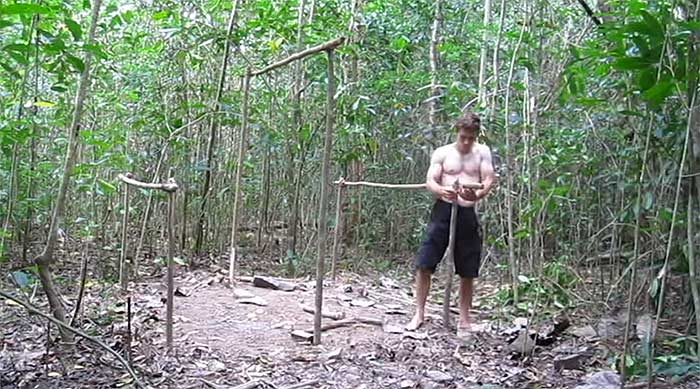 Build a bed frame, then

Once your bed is in place, build up the skeleton of the wall framing. 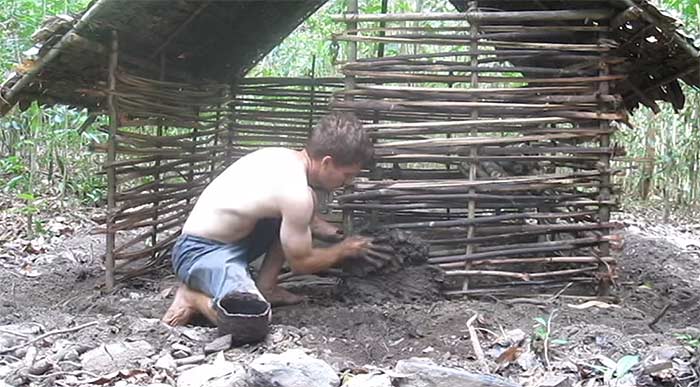 SIDE NOTE: How to build a kiln and make clay pots

Basically, dig a hole in the ground. Put your clay pot inside. Cover it with dry twigs and leaves. Then light it on fire. Pretty simple, right? 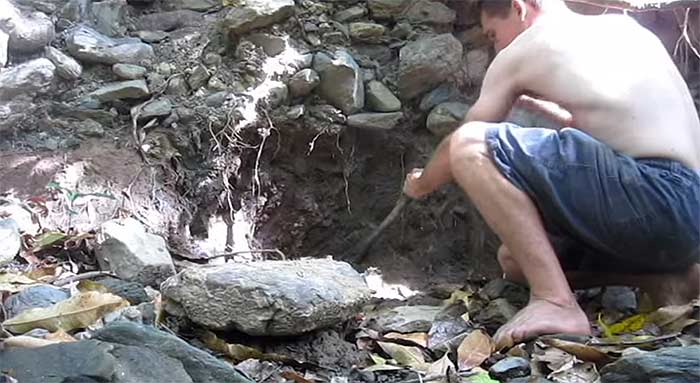 You also need fire. So he covers how to make fire with a stick. 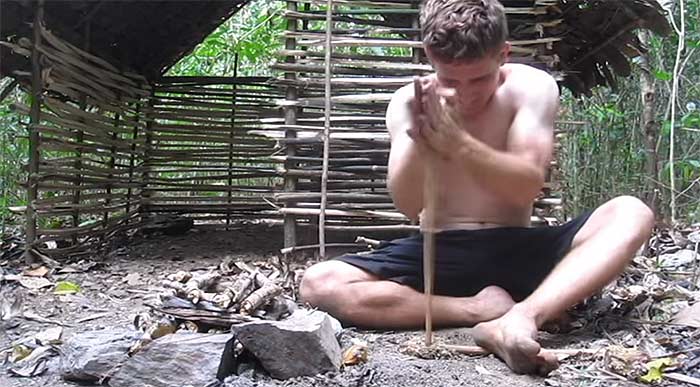 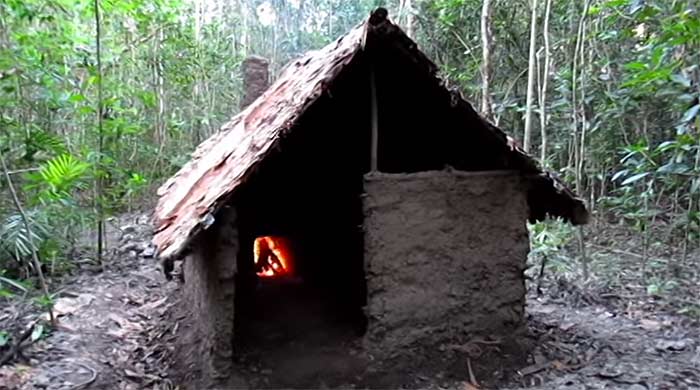 This makes me want to build one myself.

How cool is that!?