Off Grid Lifestyle Being Threatened by Outdated Restrictive Regulations 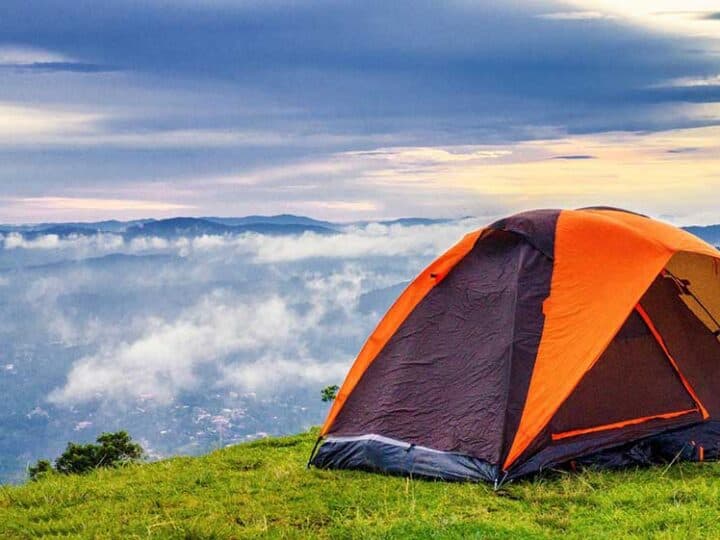 Outdated zoning and city ordinances and even some city-enforced building codes are holding people back. The language is clear but the logic isn’t. Cities and counties all over the USA (and the world) have major restrictions on what you can and cannot build on your property.

They are rules and restrictions which limit the size of the home you can build, where you can build it, how you build it, and even what material you can build it with. If you break the rules you can be fined, and your home can be condemned and even demolished in extreme circumstances. You can even be arrested if you refuse to comply with the ordinance the city has implemented.

“Outdated terms like telegraph office and tenement house still reside in our regulations. Concepts like parking standards and antenna regulations are based on 1950s technology, and new concepts like sustainable development had not even been envisioned.

Complex as it is, the Zoning Ordinance of the District of Columbia was approved in 1958. That’s over five decades of cultural change and building innovations, like tiny houses, that the code wasn’t designed to address.”

You’re legally not even allowed to camp in your own backyard for more than 2 weeks or more in most areas of the USA. Don’t believe me? Look up your local county’s camping regulations. 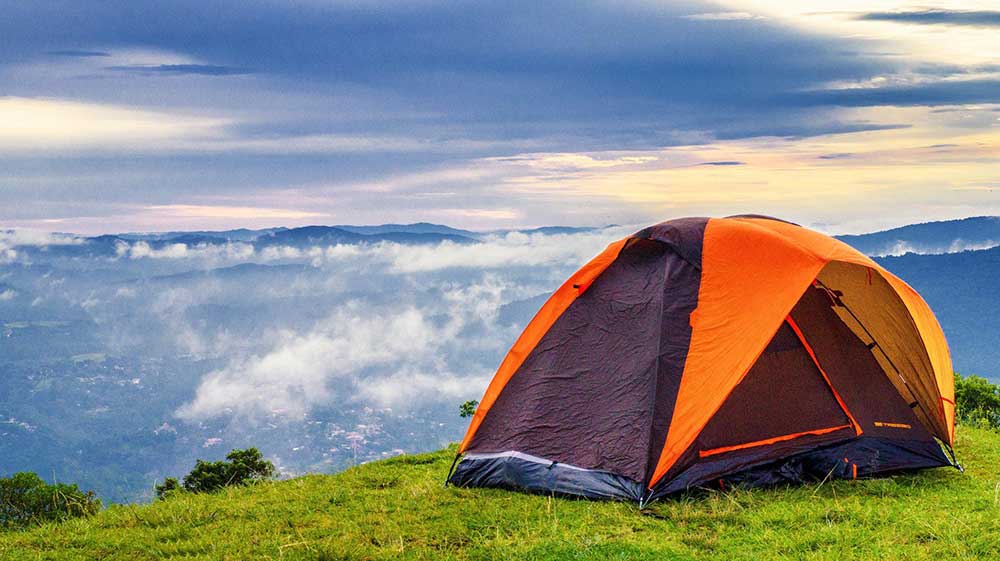 Most counties have some kind of ordinance on the books that prohibit camping (even on private property) for more than a couple of weeks. Some counties allow longer-term camping permits for those who want to build a permanent dwelling, but some campers and off gridders abused the long-term camping permits and never planned or even attempted to build a permanent dwelling.

So, basically, camping on your own land is illegal, beyond a few weeks or so. Especially inside city limits. At least it is according to city and county (even some state laws) ordinances. This also includes living in a camper trailer, RV, travel trailer or other shelter that the state, county, or city deems temporary. 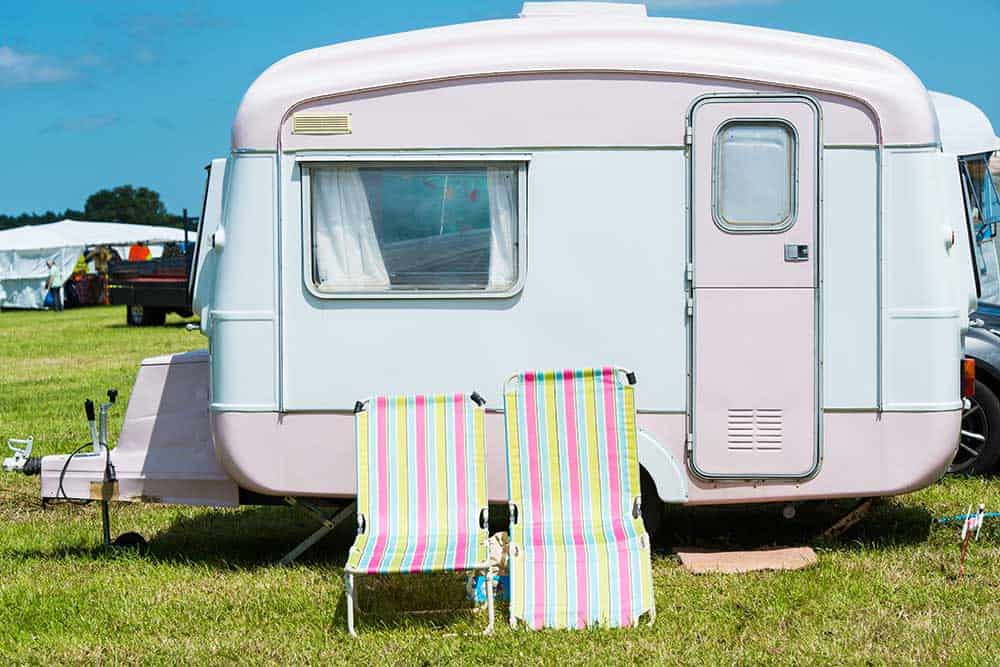 Did you know that just about anywhere in the USA there are laws against camping for long periods of time? In most areas in the USA, it’s around two weeks. There’s a logical reason for this. Cities do not want vagrants and transients setting up camp-towns, slums, and shanties all over the place and in public areas. That’s why there are designated camping areas and limits on the time people can spend in any given camp.

People all over the USA and abroad are being unfairly imposed upon by overstrict and/or outdated zoning and building restrictions which -when written- were actually logical. However, many years have passed and technology has advanced 10 fold. We’ve learned much since some of these ordinances were written. Unfortunately, many of the ordinances set in place 20, 30, and 50+ years or more are still on the books and are effectively limiting what we are allowed to build. In addition, there are newer ordinances that disallow building small buildings on your own property.

It isn’t about building codes.

However, overly restrictive ordinances can and do severely limit the size and type of home you can build on your property.

It also probably has something to do with property values. If every home in the neighborhood is a $250k-$500k McMansion, and someone builds a $25k to $50k tiny home or cabin on their land in the middle of that neighborhood, then what? What will that do to property values in the area? People are afraid of losing money on their investment.

A house is the largest single purchase anyone will probably ever invest in. If you have people building whatever size homes where ever they want, what will happen to property values in that area? This is something we should look into because property values affect taxes and taxes affect the operating capital of any given city inside their county lines.

So how do we move forward without stifling anyone’s rights or lifestyle?

Growing Your Own Food is Illegal in Many Places

You’re not really allowed to grow your own food. It’s not just in the city, but also in the suburbs. There are ordinances that prohibit gardening or farming within subdivisions, or areas where such activity is quote “prohibited” by city, county, or local municipality codes and ordinances.

Things are changing and people are becoming more self-sufficient. Part of that means growing your own food. But time and time again we hear about people in suburban and urban neighborhoods being fined and even arrested or having their home gardens destroyed and ripped out by city officials because it’s “against the rules”.

Since when has providing for your family on your own land become illegal? And why do we allow those in power to continue to encroach on our rights as landowners?

To be fair, yes, we understand there are certain rules that need to be followed, namely septic, sanitation, and clean potable water source. And we also realize certain federally mandated building codes must be met for safety reasons.

However, the ridiculousness of not being able to grow a vegetable garden on your own property is crazy. It’s absolutely absurd that the city or county can come in, threaten you, fine you, and even arrest you if you do not comply with these archaic and overly restrictive rules.

The real issue is city ordinances which are overly restrictive in what can be built and how you use your own land.

They infringe our property rights, the right to build our own home on our own property, and the right to live how we choose. Sure, we must follow basic rules so we have proper septic, sanitation, and clean water to drink, cook with and bathe with. That’s just common sense.

But the minimum lot sizes, minimum dwelling sizes, and overly restrictive dwelling type ordinances which do not allow you to live in a travel trailer, tiny house, yurt, or other small “temporary” structures are unfair and short-sighted. Not allowing people to grow their own food, veggies, and fruits for a healthy diet is just plain overstepping.

Cities, states, counties, and local municipalities, please bring your codes up to date!

Update your ordinances and bring them into the 21st century.

Allow for the freedom of living small, off grid, and free. 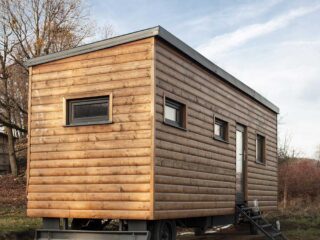 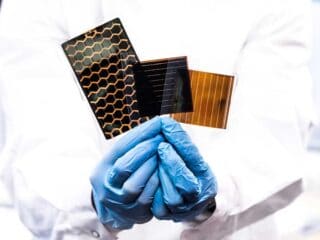 This Thin Flexible Material Turns Any Surface Into a Solar Panel
Read Next Post →
Click here to cancel reply.