You can generate electricity with potatoes! Most everyone learns this in elementary school science class, and they have fun with it. Kids love lighting up tiny light bulbs and powering small electronics with potato batteries. It makes for a cool science experiment and a great way to teach kids the concept of generating electricity chemically.

But, that’s pretty much where most of these small science experiments stop.

Here’s a new twist on the humble potato that might just allow people to power their off grid homes with potatoes.

“As one of the most ubiquitous crops in the world, the potato is poised to feed the entire world. Along the way, scientists discovered that the popular staple of many people’s diets may also have potential to help power it as well.” via: SmithsonianMag 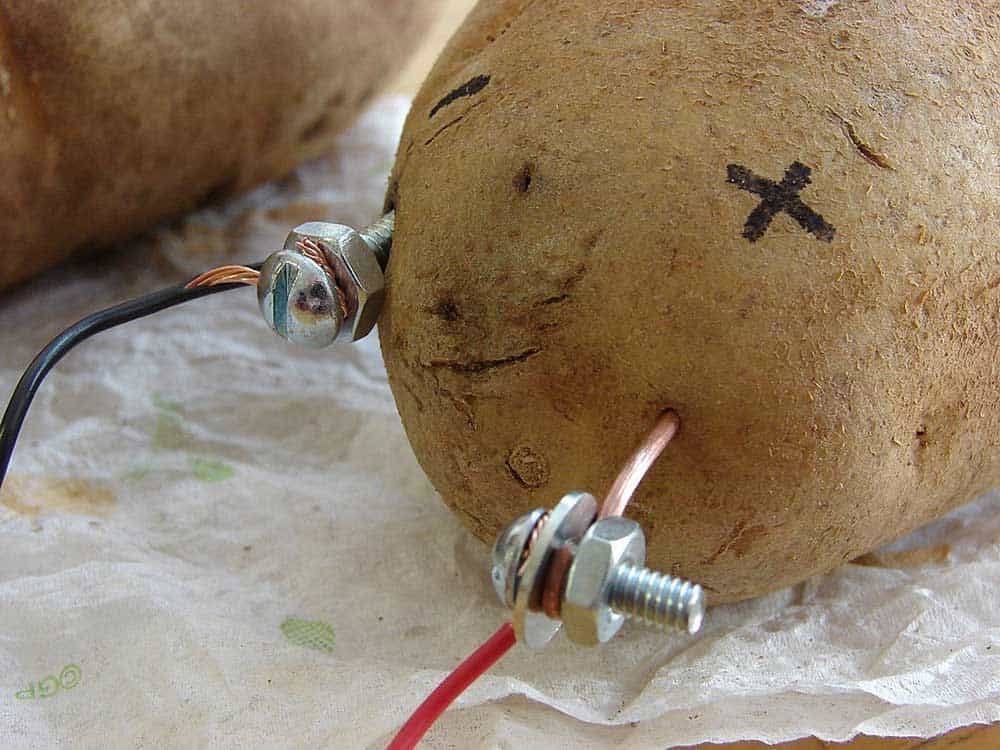 This image was made by Loadmaster (David R. Tribble), CC BY-SA 3.0, via Wikimedia Commons

The holy grail of renewable energy research may lie in the cooking pot, according to scientists.

The search for a cheap source of electricity for remote, off-grid communities, has led to batteries that work on freshly boiled potatoes.

One slice of potato can generate 20 hours of light, and several slices could provide enough energy to power simple medical equipment and even a low-power computer, said a research team from the Hebrew University of Jerusalem, Israel.

“The technology is ready to go,” co-researcher Haim Rabinowitch toldSciDev.Net. “It should take an interested body only a short while, and very little investment, to make this available to communities in need.” via: http://www.scidev.net/global/energy/news/potato-battery-could-help-meet-rural-energy-needs.html

This is an interesting premise, and one that stands to reason might become a viable source of energy for your home, even if it only supplements your main energy needs. It might not be able to power your whole home without some serious time and investment of sweat equity (and LOTS of potatoes), but it could provide enough power to light a room without much trouble.

Also, it has its downsides since it would be diverting a food crop to an energy source. Would this scale up to power a small off grid community or village? Perhaps… Would it be feasible and viable, and would it be inexpensive enough? Sure.

Would it hurt the food supply? I don’t think so, as long as you can produce more potatoes than you use. Since potatoes can be grown in vertical “potato towers“, this is possible. 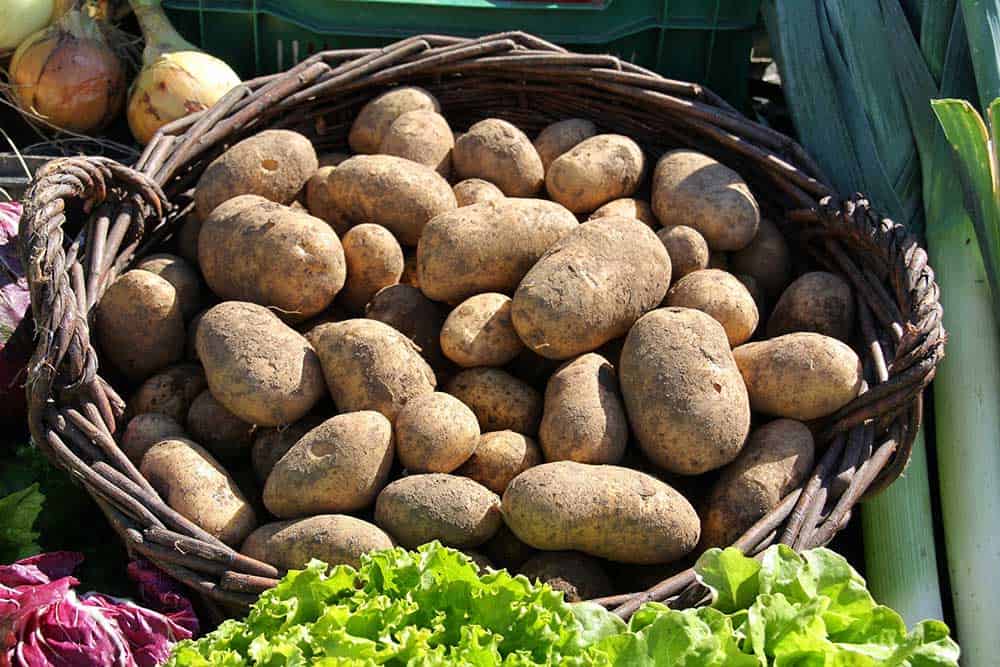 Grown vertically, a potato tower can grow more potatoes per square foot of land than traditional growing techniques and would provide more potatoes for use in power generation. This means no more row cropping potatoes, and could provide plenty for a small off grid homestead’s power needs and food source.

Potatoes can also be grown aeroponically, producing tremendous yields while using a fraction of the resources as growing in soil.

Potato batteries work, and they could power your home. How?

Most new electronic devices use less energy than older technology. This means, if you could build a potato battery large enough, you could hypothetically power your whole home if your home had high efficiency lower voltage/wattage appliances and LED lighting.

This is a very interesting way to power your home.

Plus, you can make french fries!

How to grow potatoes in towers

How the humble potato could feed the world

[…] Potatoes Could Power Your Home & Feed Your Family Too | Off … – Here’s a new twist on the humble potato that might just allow people to power their off grid homes with potatoes. … This is a very interesting way to power your home. … How To Build a 400sqft Solar Powered Off Grid Cabin for $2k – 818,007 views; […]

[…] that boiled potatoes conduct the electricity about 10 times more efficiently meaning that potatoes could be used as a power source for people in developing countries. Their research suggests that this method would be cheaper than […]