Earth batteries have been used off and on for various purposes since at least the 1840s with one version or another dating back a few centuries. So what is an earth battery? Well, it is basically taking two dissimilar metals, such as iron and copper, burying them in the ground, or in a container with moist soil, and allowing the natural current created to transfer to your metal electrodes. They are similar to potato batteries or lemon batteries.

The earth battery setup below was made by desertsun02 on YouTube, whose projects we have featured before. 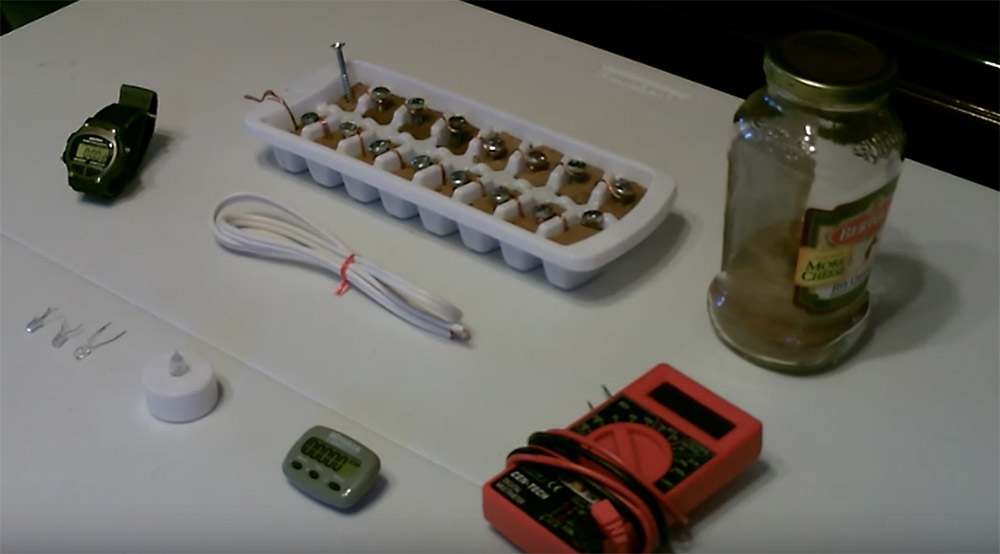 The soil, when wet, acts as an electrolyte solution similar to those you could find in other liquid-based batteries. So once you have your electrodes in place, and some copper wire to connect them, you have yourself a battery system that can easily generate around 5 volts, with the potential for much more with some experimentation.

These could be of use by simply keeping the basic components, which could be as little as galvanized nails and copper wire in your backpack or in your home to use to charge a cell phone or run a few lights in case of a power outage or other emergency. Who knows, maybe someone out there will design a system capable of powering much more. It seems like the type of challenge those who live off-grid would be up for.