Aquaponics is an incredibly sustainable and efficient way to grow food. It involves growing plants and fish in one system; fish waste feeds the plants and the plants clean the water for the fish. Aquaponic growing results in higher yields than traditional growing while using fewer resources.

Below is an original solar-powered vertical aquaponic system design concept I created to maximize the yield of a 12’x12′ foot space, using gravity to minimize the energy used for irrigation and nutrient delivery.

The water from the fish tank is pumped up through a small PVC pipe to flow slowly down through the plant crops growing in the spiral growing tray.

Upon harvest, water flow is increased. The harvest gate at the bottom end of the spiral is removed so the crops can flow down the spiral, making harvesting easy.

The growing bed tray is approximately 360′ feet long by 3 feet wide, creating a grow area of approximately 1080 square feet. The maximum yield per square foot is approx 7.65 lbs of food annually, or 8262 lbs of veggies annually. This does not include the total yield of fish produced in the tank, which is about 1000 fish, or 1500 pounds annually.

The cost to build this system (at the time of this writing) is about $5k including the tank, materials, pipe, pump, and solar power system.

This concept can produce nearly 10,000 pounds of food annually. That means at about $1 per pound national average retail, that’s approximately $9762 in revenue, for a profit of $4762 for the year.

Or you could just produce enough food for your entire family for the year.

Disclaimer: This is a design concept for an aquaponics system, with an auto-harvest mechanism. It’s only a design concept, does not exist, and is not for sale. Anyone is welcome to use this design under an Open Source Creative Commons Share and Share Alike License, with credit given to this page. 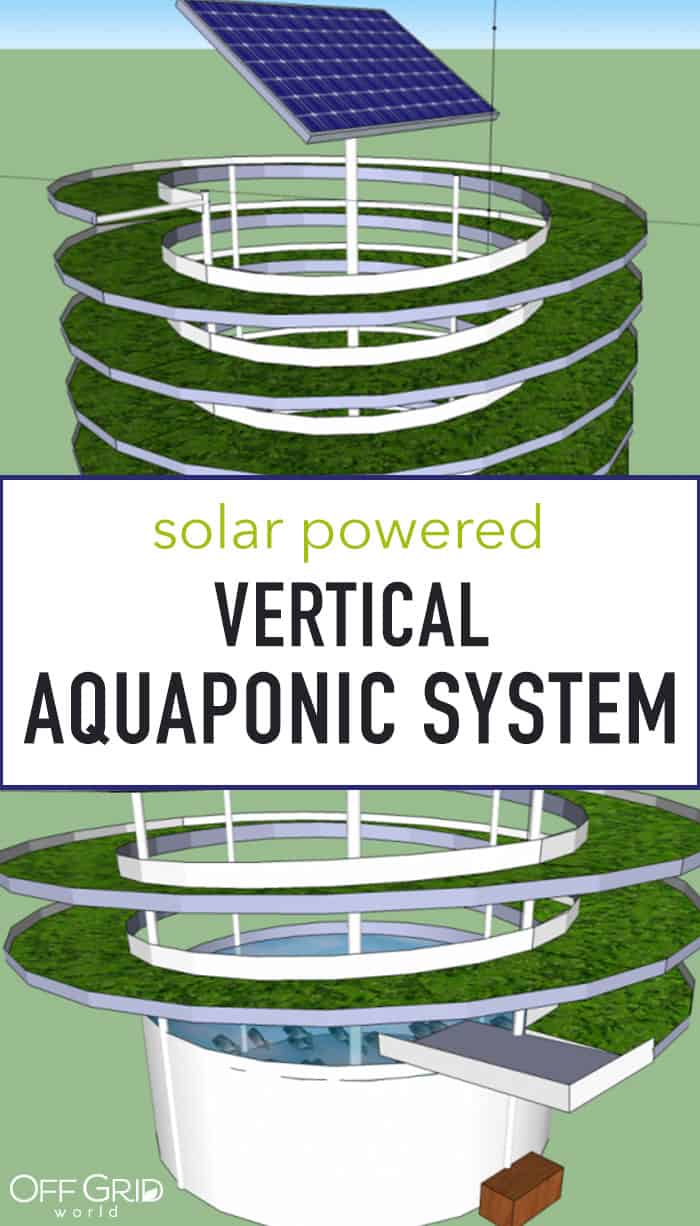